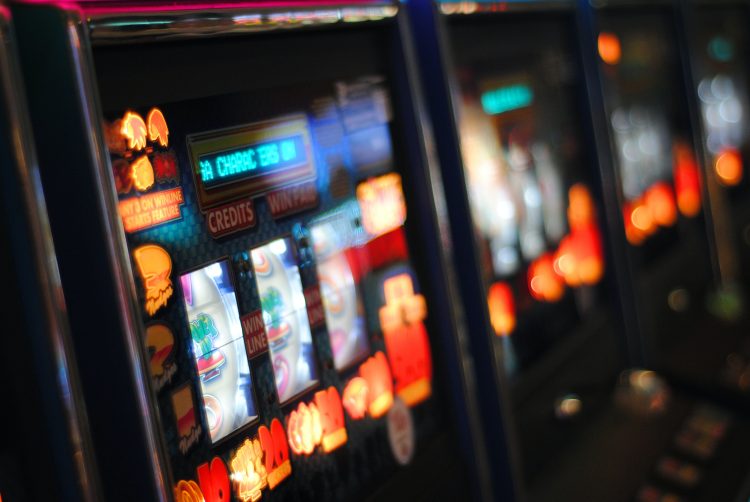 Introduction by Croakey:  The novel coronavirus has not only fundamentally changed the way we live, but has driven shifts in problematic habits and behaviours, including gambling.

While lockdowns temporarily drove down in-venue gambling, they also saw a boom in online betting on racing and sports, with the Victorian government earlier this year estimating online gambling had increased by 30 percent in 2020.

Research from the federal government’s Australian Gambling Research Centre suggests gambling increased sharply overall during the pandemic, despite closure of pokies venues, driven by a surge of new online gamblers concentrated around greyhound and horse racing, sports betting and lotteries.

Sydney University researcher Sally Gainsbury, who is investigating the pandemic’s impact on betting behaviours, says “COVID-19 will test whether we are really a nation of gamblers”.

“Australians are socially isolated; many are in financial hardship and there are high levels of distress,” says Gainsbury.

“For those vulnerable to addiction this is potentially a situation of very high risk for shifting to or increasing their online gambling. For others, the shutdown may bring relief and provide a rare opportunity to escape the constant accessibility of gambling with all pokies (electronic gaming machines) shut and most sports cancelled. However, it is unknown whether any gains made in combatting gambling addiction will last when venues reopen and what the gambling environment will look like when restrictions are lifted.”

It’s now well recognised gambling can cause significant harm. However, many countries have done much more to reduce gambling-related harm than we have in Australia.

Here’s four examples of how other countries have responded to the challenge of growing gambling-related harm, drawn from my research on the topic.

Setting loss limits for everyone

Norway replaced harmful high-intensity slot machines — similar to poker machines seen in many clubs, pubs and casinos in Australia — with machines that require users to register their gambling.

For example, every Norwegian using one of these machines has to create a registered account, with maximum limits set on how much you can lose per day and per month, and the capacity to set a lower limit than the universal maximum.

These kind of pre-commitment systems help prevent harm, and help people keep track of their losses.

Finland also has universal loss limits (meaning limits on how much can be bet per day or per month) to prevent “catastrophic” losses for online gambling.

There’s no reason Australia couldn’t follow suit, if it wanted to.

Victoria already offers a voluntary pre-commitment scheme, which allows people to opt-in if they want to set a loss limit. It’s been shown to be ineffective, partly because it is optional. A universal scheme that applied to all would work much better to reduce gambling-related harm.

In 2019, the British government responded to reports of a surge in harms related to slot machines known as “fixed odds betting terminals” (FOBTs). This is a kind of electronic roulette game that sits in betting stores in the UK.

Despite the gambling industry, as one report put it, “disputing a causal link between FOBTs and problem gambling”, harm-reduction campaigners publicised stories of people bereaved by gambling-related suicide.

In response to subsequent public concern, the government reduced stakes on FOBTs from £100 to £2.

In other words, the maximum amount you could lose per spin shrank from £100 to £2.

By contrast, in Australia in 2010, the Productivity Commission recommended a reduction in the maximum stake on poker machines in clubs and hotels from $10 to $1.

A decade later, this has yet to be tried, although most Australian states (other than NSW and the ACT) have reduced the maximum loss per spin to $5.

The gambling industry often argues harms from gambling are offset by its donations to good causes.

In Finland, over 69% of gambling revenue goes to good causes (though even this is coming under scrutiny).

In Australia, donations to good causes are around 2% of revenues. The community benefits from gambling are tiny.

Australian state and territory governments rely on gambling taxes for around 6% of their state tax revenue.

This is may pose a challenge to reform; any significant reduction in harm will reduce revenues.

Finland is achieving reform by introducing it incrementally, allowing the reduction in revenue to be managed over time.

Australia’s fragmented system, where gambling is regulated at state and territory levels, is another challenge.

National strategies to prioritise action and coordinate efforts can help align responses. A national regulator could assist in implementing and strengthening existing responses.

The standardised system of regulation in the countries I researched was a feature that could be adopted in Australia, which has a relatively small population.

An opportunity for reform

The recent Bergin inquiry into whether Crown was fit to hold a license in a new casino in Barangaroo and ongoing royal commissions in Victoria and Western Australia continue to expose flaws in the provision of gambling with Australia’s largest casino operator.

These overseas examples show there are many effective ways to reduce gambling harm in casinos, clubs, pubs and suburban communities.

We are fortunate at least in Australia that online gambling has been limited to wagering and lotteries; in many countries slot machines and casino table games are available online 24/7.

Australia has an opportunity now to reduce harm by considering approaches implemented elsewhere.

PrevPreviousWrite to your MP now, urge advocates for the Uluru Statement
NextRites of passage: a case study in knowledge translationNext