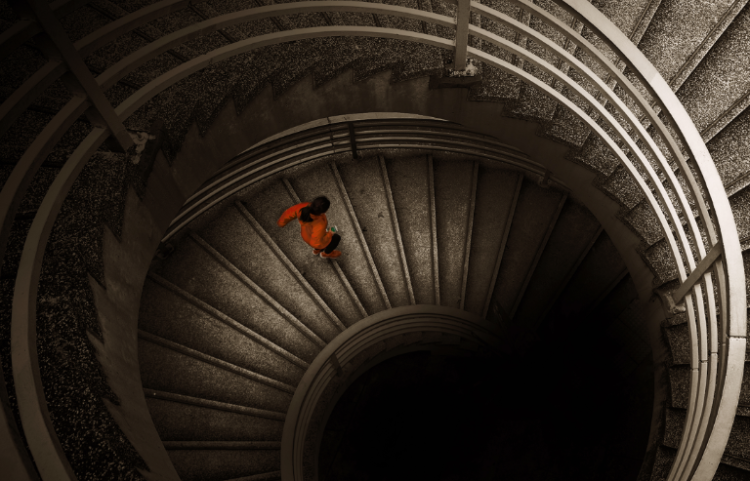 Cover of the Grattan Institute report: Stopping the death spiral: Creating a future for private health

A new report from the Grattan Institute calls on the Federal Government to get together with Australia’s private health industry to urgently develop a rescue plan “to prevent it spiralling to its death”.

Co-author Dr Stephen Duckett, Health and Aged Care Program Director at the Grattan Institute, outlines its argument in the post below, cross published with permission from John Menadue’s Pearls and Irritations.

The proportion of the population with insurance has declined over the past decade. The insured population is getting older, which is putting upward pressure on insurance premiums, which leads to more people dropping out, especially younger people, creating a death spiral.

Government responses so far has been a series of tweaks, a nip here, a tuck there. The latest was to allow stay-at-home adult children to remain covered by their family’s insurance policy until they turn 31.

The wishful thinking behind that idea is that the young adult will start paying for insurance then, to avoid the lifetime-cover penalties which increase premiums if you don’t take out insurance before turning 31.

It’s too early to tell whether this will work, but the incentives against young people taking out insurance — their expected use of healthcare services is low and the insurance premiums are high — apply equally at 30 as they did at 25, the age when the pyjama-clad stay-at-homes were previously kicked off the family policy.

Private health is a big industry in Australia. More than half of all surgical procedures are performed in private hospitals, with almost all paid for by private health insurance. The sector employs thousands of people, and its future is important for the economy and for people’s continuing access to health care.

Private procedures and other medical services in private hospitals are subsidised to the tune of a further $3 billion each year.

Despite these incentives, people are downsizing their membership, dropping to products which cover fewer procedures or have larger upfront payments if they use private health care. Fewer than one in eight of the insured population have ‘top cover’ – cover for everything with no excesses.

The private healthcare industry doesn’t help itself. Prices charged by device importers and manufacturers and by private hospitals for prostheses have been more than twice what the public sector pays – a rort still not addressed despite some tinkering in the recent federal Budget.

A handful of greedy doctors charge way above the Medicare benefit schedule. About 6 per cent of all medical services in private hospitals are billed at more than twice the schedule fee. Patients – after paying a lifetime of private health insurance premiums – end up with nasty bill shock.

Private hospitals are less efficient than public hospitals, with their patients staying in hospital longer on average. And the amount of premiums which get returned to contributors as benefits varies across funds – with some insurers holding back more than 15 per cent.

So where to from here? Is private health insurance to be the next automobile industry, with government saying enough is enough – no more subsidies?

A key problem for the industry is it is wrapped up in red tape. Regulation has been piled upon regulation for decades, and sensible industry-led reform is stymied by the dead hand of government bureaucracy, the result of sweetheart deals with successive insider lobbyists over years.

A Grattan Institute report released last week argues that what is needed is a fresh start. All industry partners need to come together, admit there is a problem, and work together to fix it. The rorts have to end, the barriers to efficiency dismantled, and excess fees reined in.

All industry partners – private health insurers, private hospitals, device importers and manufacturers, and private specialists – have to realise that they need to share in the future, and that a better functioning market will help them all.

The industry needs to ‘own’ its problems, improve its product, develop a plan which addresses the problems which cause contributors to drop out. This will mean fewer nasty bill shocks, and lower premiums driven by more efficient services.

The warning signs could not be clearer: unless private health reforms itself, it may well end up on the automobile scrapheap.

PrevPreviousAll the selfies, pets and puns, from the Giant Steps tweeps
NextWhat does the uterus really think about the colon?Next