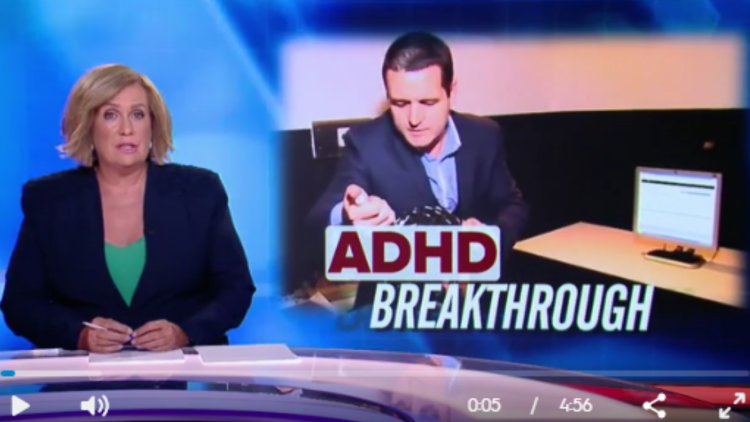 Vitamin and nutritional supplement company, Blackmores, has been in trouble in China recently, reportedly incurring an AUD 65,000 fine after some of its marketing material was found to have breached Chinese “Truth in Advertising” laws.

Spruiking of a Blackmores product, the marine oil extract Lyprinol®, is also raising some eyebrows here in Australia, after ABC’s Media Watch picked up on some problems with an episode of A Current Affair, which labelled Lyprinol® an “ADHD breakthrough.”

But this wasn’t advertising. Or was it?

In the post below, Dr Ken Harvey follows the trail of the A Current Affair story, exposing the conflicts of interest, sloppy reporting and ethical failures along the way.

It’s a post that takes on increased importance in the light of revelations this week, that another vitamin company has called on the federal government to change the way advertising in the complementary medicines industry is regulated. As part of its pre-budget submission, Swisse reportedly suggested that, rather than the Therapeutic Goods Administration,  the Australian Competition and Consumer Commission and Advertising Standards Bureau should deal with advertising claims, compliance and complaints of the sector.

On February 15, 2017, Channel NINE aired an episode of A Current Affair that raises important issues about the ethics of current affairs program journalists, university researchers and complementary medicine companies, and the impact of such programs on the public.

The research: Lyprinol® for ADHD

The program was based on recent research by the Centre for Human Psychopharmacology, Swinburne University of Technology. Their published paper reported the results of a randomised, double-blind, placebo-controlled trial of marine oil extract (PCSO-524® or Lyprinol®, a standardised lipid extract of the New Zealand green-lipped mussel), on the symptoms of 144 children diagnosed with attention-deficit hyperactivity disorder (ADHD).

Professor Con Stough was the senior author of the paper, which included a statement that he had received a grant to fund the study from Pharmalink Pty Ltd, the company who license Blackmores to market Lyprinol®.

The results of the randomised controlled trial “did not support the hypothesis that Lyprinol® improves parental reports of hyperactivity, inattention and impulsivity in children ages 6 to 14 years over placebo” (the study’s pre-specified primary outcome measure).

Regardless of these research findings, the Nine “A Current Affair (ACA)” story was headed, “ADHD breakthrough”. The voiceover started with, “The surprising medical discovery that has the potential to change lives for ADHD sufferers. Australian researchers have uncovered the hidden possibilities of a simple, over-the-counter anti-inflammatory. Early results look promising”. The screen then showed the words “ADHD Breakthrough” against a Blackmores Lyprinol® pack and capsules.

The program then aired video testimonials from several young men, “I can socialise better, I can exercise better, I can just think so much clearer.” “My schoolwork has improved since I’ve been taking it,” and a mother, “I was just surprised that something which is so readily available worked as well as it did without any negative effects”. This was followed by more screen shots of the Blackmores Lyprinol® pack and capsules.

Next came the voiceover, “It’s been more than six years in the making …” (clear screen shots of a Blackmores Lyprinol® pack shown) … “and finally researchers say they have made a breakthrough”.

A video of Swinburne lab and and EEG tracing appeared on screen. Professor Con Stough said, “The results are pretty clear and they are promising”, then more screen shots of a pile of Blackmores Lyprinol® packs, and a voice over saying, “A natural treatment for ADHD that costs less than $20 a week. It sounds too good to be true but not anymore.”

Upon cutting to shots on a New Zealand green lipped mussel farm, there were more claims, more testimonials and more claims. Mother: “I was looking at the survey results from the study and I was really pleased to see that it was so effective for children that were on no other medication.”

Cut to Professor Con Stough who said, “We randomised 144 children with high hyperactivity or inattention and these are behaviours that were causing them a lot of trouble in school and we randomised them to two groups, one in which they took Lyprinol® for 14 weeks. The other group was placebo for 10 weeks”.

Voice over: “they found a 34% improvement in bad behaviour at home, a 13% improvement in attention and a 10% improvement in hyperactivity,” with these figures reiterated on the screen followed by more testimonials and more pack shots of Blackmores Lyprinol®.

Cut to GP Ross Walker: “It’s not that expensive and it has been proven to be effective…”

The program ended with “ADHD breakthrough” superimposed on a voiceover, “Now if you are thinking about changing your child’s medication always consult your doctor first.”

After seeing the program I contacted Professor Stough, who  told me, “I was interviewed for about 30 minutes where I described in detail the methodology and limitations of the study… However, “A Current Affair” used two sentences… We never claimed it was breakthrough when I was interviewed. I stressed it [the study] should be replicated and that the effects were mostly seen in sub-ADHD symptom participants.”

In the published paper, the authors had reported,

These figures are not found in the paper. I can only conclude that they were derived from the post-hoc, sub-sample analysis of Conners’ Parent Rating Scale (CPRS) data. This is reported in the paper thus,

“Non-combined type (NCT) (N = 43; PCSO-524® n = 23) analysis revealed a significant improvement in children who consumed PCSO-524® on CPRS scores of hyperactivity, learning abilities and improved behaviour at home, as well as improvements on DSM scores of attention and hyperactivity”.

Far from concluding that these results constituted a “breakthrough”, the authors wrote that their “exploratory post hoc analysis of the primary outcome” indicated “promise for the use of PCSO-524® in the treatment of symptoms of inattention, hyperactivity and impulsivity in children and adolescents with or without ADHD displaying less severe behavioural symptoms,” and that there was a need for further research.

In my opinion, this ACA program is misleading, unethical advertising, thinly disguised as news. It targets a vulnerable population, parents of children labelled as having ADHD, misrepresents research results and promotes a product that has been proven to have no benefit over a placebo.

So, how did the Nine ACA “ADHD breakthrough” story get it so wrong?

It seems that a communications company was involved. Bite communications, a healthcare public relations company, breathlessly announced on their web site before the episode screened,  “Great story on Swinburne University of Technology’s breakthrough research on ADHD on tonight’s A Current Affair. Go team Bite!”

But, who briefed and paid Bite communications? Given the prominence the story gave Blackmores Lyprinol® it is hard to believe that Blackmores was not involved. Dr Ross Walker, who appeared on the program has also appeared on the Blackmores Institute web site. He has also had upheld complaints about his endorsement of other products.

In addition, Richard Henfrey, a member of the Blackmores management team, sent an email to a TGA stakeholders group saying, “I thought you may like to see this story from A Current Affair last night. I think you will all agree that this story, which has been in preparation for some time, represents exactly the sort of responsible approach to new research evidence that we have all been arguing for”.

I didn’t think so, neither did Professor Jon Jureidini (a child psychiatrist) who has submitted formal complaints about the program, and neither did Paul Barry who ridiculed this program on ABC Media Watch.

And what about Professor Con Stough and the co-authors of his paper at the Centre for Human Psychopharmacology, Swinburne University of Technology? Despite Professor Stough’s protest at being misrepresented, at the very least, the Swinburne team must have provided ACA and/or Bite communications with the contact details of the patients interviewed.

Also, who apart from the Swinburne team, had access to the raw research data that allowed the percentage figures to be derived and highlighted on the ACA program?

In addition, although the Swinburne study was well conducted, in my opinion, the title and abstract of the published paper ignored the null result of the primary aim of the study and placed undue emphasis on post-hoc subsample results (data dredging) which the ACA focused on.

This paper, and the ACA program, appears to be yet another example of how industry funding of research can skew research results.

Finally, the journalists involved in NINE ACA have an unenviable reputation for hyping products without scrutiny. Their promotion of Peter Foster’s Sensaslim was a classic in this genre and they keep on keeping on as this “ADHD breakthrough” story shows. In my opinion, no academic who values their reputation should ever appear on this program.

In the preparation of this article, Croakey sought responses from Blackmores and from Professor Con Stough.

Blackmores had not replied at the time of publication.

We received the following response:

A Current Affair did not accurately describe the outcomes of my research. The publication in Psychopharmacology outlines full details of the results. I always try to keep the facts of the study at the forefront but at the end of the day, I have no control over what is published or put on air.

*Dr Ken Harvey is an Associate Professor at the Department of Epidemiology and Preventive Medicine, Monash University.