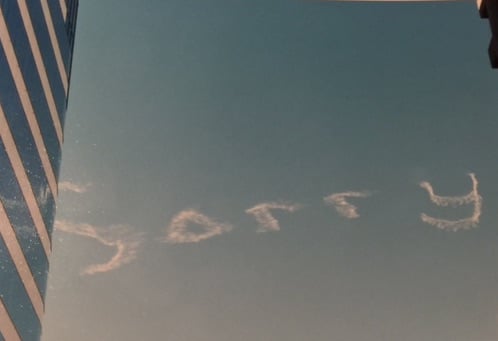 As an SBS documentary featuring musician Peter Garrett puts the spotlight on the harmful history of healthcare for Aboriginal and Torres Strait Islander people, there are calls for global acknowledgement of how the mental health sector has traumatised indigenous peoples around the world.

This article is published as part of a series, Acknowledgement, examining the role of healthcare in colonisation.

The recent apology by the Australian Psychological Society to Aboriginal and Torres Strait Islander people is of profound national and international significance.

The APS is believed to be the first mental health professional representative body in the world to endorse and adopt such a specific apology to indigenous peoples for what was done to them by the profession as part of, or in the name of mental health/psychological assessment, treatment and care.

The APS Board also substantially adopted the recommendation of its Indigenous Psychologists’ Advisory Group (IPAG), whose Indigenous and non-Indigenous members crafted this apology together. This sets a fine precedent.

As some other Australian mental health professional bodies are still considering whether to make such an apology, it is to be hoped that the APS has set a new trend. The APS has provided a robust example of how to do it well, and in a way that it is more likely to be considered to be sincere and acceptable by Aboriginal and Torres Strait Islander peoples.

Historically, Aboriginal and Torres Strait Islander peoples have suffered much more incarceration, inappropriate diagnoses and treatments, and more control than care in the hands of mental health professionals, facilities and institutions.

This is also true for all First Nations peoples, globally.

In 2009 and 2011, a recommendation was presented to the Mental Health Professionals’ Association of Australia (MHPA), an organisation representing the joint interests of all mental health professional bodies in Australia, to make a specific apology to Aboriginal and Torres Strait Islander peoples who had been historically cared for and/or controlled by Australian mental health professions and institutions. It was twice considered and declined there, on the basis that they had supported a general apology to Aboriginal peoples in 2008 by Prime Minister Kevin Rudd.

The recommendation then was taken to the World Psychiatric Association (WPA), after being adapted to be a proposal for such an apology to all indigenous peoples. This proposal is soon to be aired for wider deliberation through publication as a letter in World Psychiatry with a link to a detailed proposal on the WPA website on behalf of the WPA Section of Public Policy in Psychiatry, with the support of executive members of the Section of Conflict Management and Resolution.

If adopted by the WPA, representing the profession of psychiatry, it could be part of a process of all mental health professions developing their own apologies to all indigenous peoples.

These apologies could demonstrate concern for possible historical wrongs which may have been perpetrated knowingly or unwittingly on indigenous peoples by mental health professionals, institutions and administrations, and the enduring mental health effects of colonialism.

Professor Helen Herrman, our home-grown President-elect of WPA, has proposed a special symposium or debate on this issue at the WPA Congress in Berlin in 2016. The proposal has also been taken back to all Australian mental health professional organisations individually for reconsideration.

Why such apologies are worth doing

International experience demonstrates that such an apology is only worth doing if it is:

Purposes and goals of such an apology

It is likely that such an apology may contribute to:

As part of a proposed template statement of apology, we could recognise and apologise for the harm caused by many past actions of our professional forebears, and for both the intended and unintentional consequences of their legacy.

We could apologise for:

We would take responsibility for our actions and learnings now and in the future, and resolve to work towards making changes that will contribute to improving Indigenous social and emotional health and well-being.

In the process of developing an apology and subsequently, our professions are urged to consult and work together actively with all Indigenous communities towards building culturally appropriate emotional health and well-being services for all Indigenous peoples, and in learning by their example of working in “two ways” together, to improve such services for all our communities (Durie M, 2003, Rosen A, 2006).

In recent years internationally, we have witnessed a season of governmental and organisational public apologies (Tavuchis N, 1993, Lazare A, 2004, Nobles M, 2008 ) including those to indigenous peoples.

If more mental health professionals and organisations engage meaningfully with the process of making apologies to indigenous peoples, in Australia and other places, this may lead to further work on reconciliation between our professions and those individuals and families who have felt damaged more than helped at times by contact with our professions.

PrevPreviousAcknowledgement: a series examining the history of healthcare in colonisation
NextPlease like me: Facebook and Public Health EngagementNext