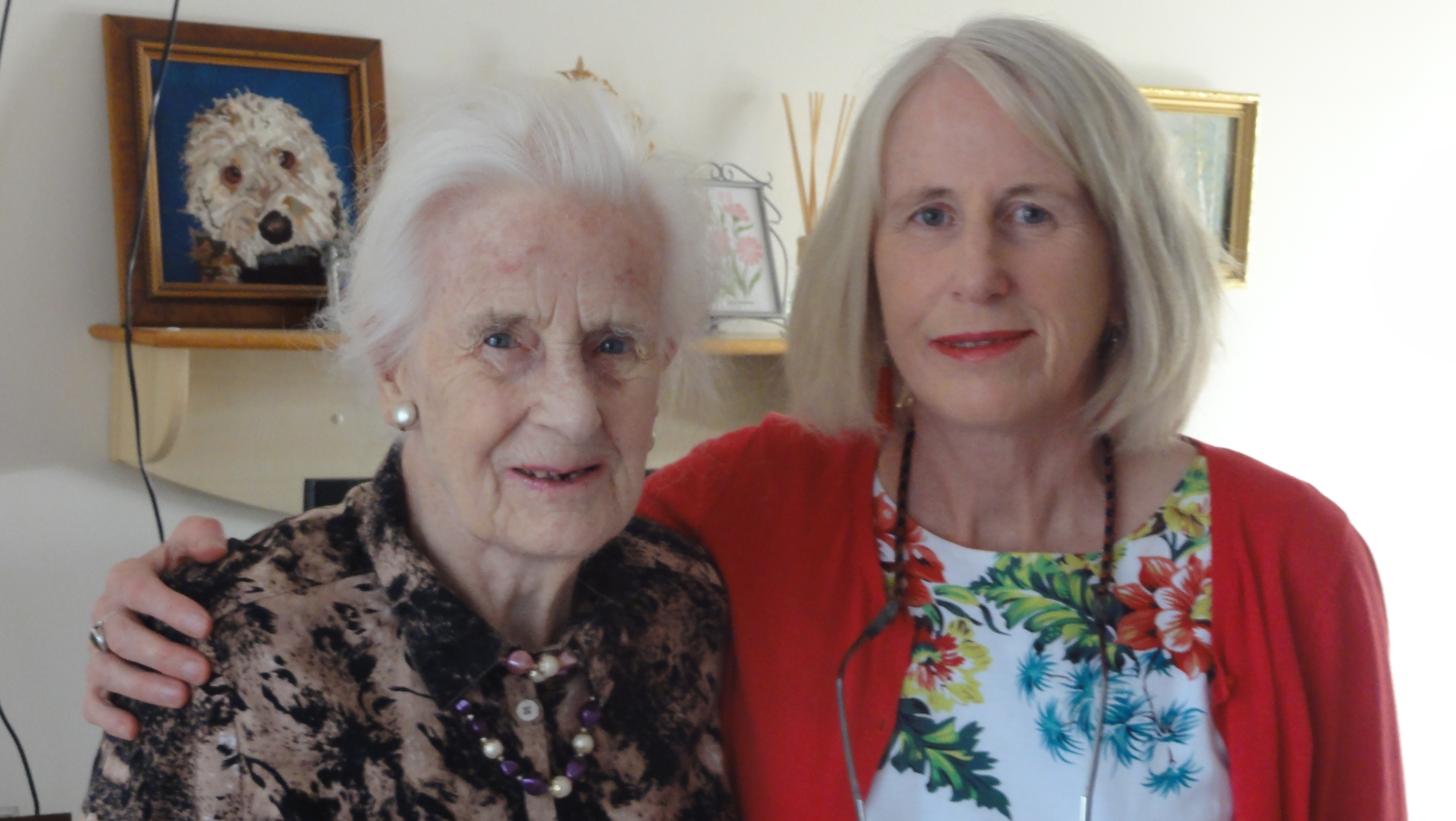 On the same day that South Australian legislators voted narrowly against voluntary euthanasia, Professor Fran Baum was contemplating how such legislation would have helped her late mother, Norah Dinah Wainwright (nee Webb).

Instead, her mother suffered the indignity and “slow torture” of a prolonged and painful decline and death.

“As we sat around her bed we bemoaned the lack of legislation that would have enabled her to have died with dignity on her own terms.”

My Mum died on the 23rd October after a week of needless pain and suffering. She was 93-years-old and had a fall in her nursing home on Sunday 16th October.

We are unsure why she fell as she had advanced dementia so couldn’t tell us.

After the fall she was admitted to Flinders Medical Centre. Her head had a nasty gash and very prominent lump on the back of her head, her nose was bleeding and probably broken, her knee was very badly bruised a scan showed she had minor bleeding in the brain. It wasn’t really possible to establish the extent of her injuries because of her dementia.

When I arrived at FMC, she was horribly confused, talking incomprehensibly and distressed. My heart sank to see her suffer even more of the indignity of dementia she so wanted to avoid.

My sister Chris and I agreed that we would not give Mum any treatment beyond comfort care, but implementing that decision required a dance with the hospital staff. Do they support our decision? Some clearly did. Are they opposed to measures to curtail life? Some appeared to be when they suggested giving Mum a drip.

So much of this was unsaid and we were talking in code some of the time – “we just want Mum to be comfortable and out of pain, we know she won’t recover from this so please make her comfortable”.

I imagine on their side the staff also faced uncertainty. How far can they assist the dying process? Will the patient and, or, the family accuse them of acting illegally?

All this uncertainty adds to the distress of the situation.

We didn’t want Mum to go back to her nursing home without a referral to a palliative care team, and that finally happened on the Tuesday. Once we spoke with the social worker and doctor from that team we felt more relaxed. They spoke only of making Mum more comfortable and pain free.

Mum was transferred back to her nursing home where the staff was very caring, clearly loved Mum and wanted to do the best for her. Yet for another couple of days she winced with pain when she received any nursing care and we weren’t able to hug her because it was too painful. Her mouth developed horrible ulcers.

Finally the morphine pain relief appeared to have its much-needed effect and Mum’s last few days were spent in a completely non-responsive state that we hoped was pain-free.

Our family – Mum’s children and grandchildren – without exception felt Mum’s death was a slow torture. As we sat around her bed we bemoaned the lack of legislation that would have enabled her to die with dignity on her own terms.

She would have chosen to die before the ravages of dementia robbed her of any memory of her husband of 50 years, left her not quite knowing who her children or grandchildren were, and exposed her to the indignity of having strangers come and change her incontinence pad and shower her.

Mum had signed an advanced care directive giving my sister and I the right to make medical decisions on her behalf.

Yet we weren’t able to make the decision that she would have wanted: to exit her life before she needed nursing home care.

Even at the end, when all agreed there was no chance of recovery we weren’t even able to ensure she lived her last week without pain.

Even through her dementia Mum was able to make her wishes known. In early October we went to pick her up to take her to lunch and, while I was collecting her coat, she said to my husband: “I’d just like to fly away like a bird.”

So many times as she lay there in the last week dying slowly and uncomfortably, with obvious breakthrough pain, we willed her to do just that and fly away.

I felt angry that it was not possible for us to fulfil her wishes. I felt sad that she hadn’t had that option about four years ago before she broke her hip and had to go to the nursing home she dreaded.

In the end, her death was a slow torture for her and for those witnessing it – my brother skyping in from Finland each day and my sister and I sitting by her bed.

Chris and I were both there when Mum finally was able to fly away like a bird – her moment of death was quite beautiful because it signified her release from years of suffering.

In August a Dutch colleague told me of his mother’s death under the voluntary euthanasia legislation. She had early dementia and didn’t want to live with its progression. They’d had a family party in a park with all generations present. His Mum was able to walk and laugh with her grandchildren. Then she had a day of quiet contemplation.

The next day her children and the family physicians came and she administered the medication and very happily and peacefully passed away – going gently surrounded by love. Again a beautiful moment.

Before going into the nursing home Mum lived down the road from us at Henley Beach and she frequently would say, “if I ever get like that (meaning demented and incontinent) please throw me off the end of the jetty”.

How much I wish she could instead have said, “I’d like to go gently when I can’t be independent and dignified so please let us have a talk with the doctor and make that possible”.

South Australian parliamentarians had a chance to make the gentle choice the easy choice.

I’m very disappointed that the final vote was taken at 4am, on the morning that I wrote this article, by sleepless and irritable MPs, with a tied vote of 23-23 and the Speaker casting his vote to defeat this vital legislation.

• Professor Fran Baum is a Matthew Flinders Distinguished Professor of Public Health and Director of the Southgate Institute of Health, Society and Equity at Flinders University.