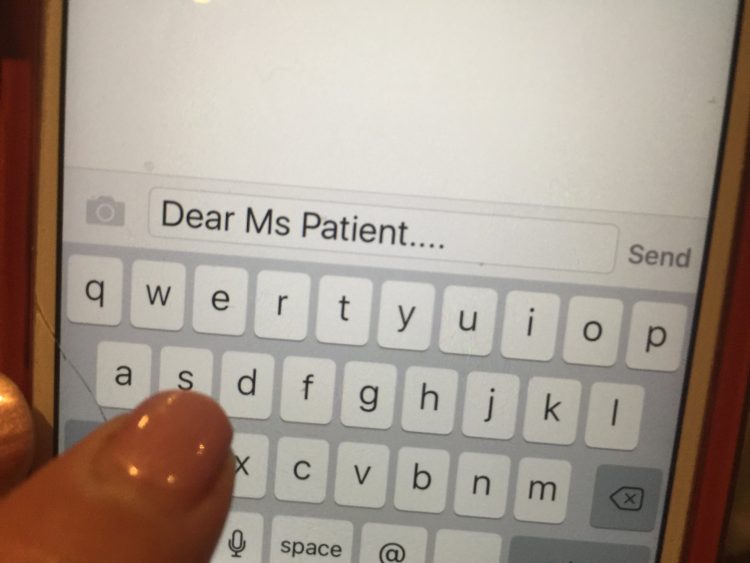 Here’s the backstory to a landmark development for vaccine safety

In the past few years there have been some important advances in vaccine safety in Australia, with the development of new systems for monitoring adverse reactions.

This month marks a landmark in the development of these systems, as AusVaxSafety is now routinely reporting on all vaccines given to people of any age.

AusVaxSafety, a collaborative initiative led by the National Centre for Immunisation Research and Surveillance (NCIRS) and funded by the Australian Government Department of Health, actively monitors the safety of vaccines using SMS and web-based feedback from recently vaccinated children and adults.

In the article below, Associate Professor Kristine Macartney, an immunisation safety expert and Deputy Director of the NCIRS, explains the collective journey that has been involved.

Macartney was recently named as a winner of one of the Sax Institute Research Action Awards, which recognise research with a real-world impact.

The development of AusVaxSafety has in a sense been an organic process, but it has its genesis in an unexpected spate of adverse events ‒ fever and febrile convulsions ‒ among children who received one brand of flu vaccine (Fluvax and Fluvax Junior) in 2010. 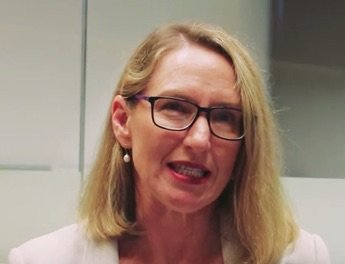 Even though just one brand of vaccine was of concern and was subsequently withdrawn for use in children, many parents lost confidence in flu vaccination for their children.

Research by Professor Christopher Blyth of the Telethon Kids Institute showed that in WA, where flu vaccine is available free of charge for all children aged six months to five years, vaccine uptake was substantially reduced in the following two years.

The problems prompted a number of different groups across the country to start looking at the way we could better monitor adverse reactions to vaccinations, especially in children.

The way we have traditionally monitored reactions from vaccines has been a passive system, which depends on the parent or the patient reporting any adverse reaction to their GP, who then reports it to authorities.

However, that is time consuming for the GP, and it depends on the patient actually notifying their doctor about the adverse event. Often GPs don’t then report these adverse events, as their focus is largely on managing the patient.

The need for a more robust system

It was clear that we needed another system that showed how vaccination was performing across the population in a way that was really robust and was in real-time.

Having lived through the 2010 event, some of my clever colleagues started up systems and projects that used different methods of actively following up parents after their children had vaccinations.

A GP in Western Australia, Dr Alan Leeb, set up a system called SmartVax that used text messaging and clinical data extracted from existing medical practice management software to actively contact patients and parents of children who had received a vaccination, to enquire whether they had experienced any adverse events. The system proved a great success.

Another active monitoring system was set up in South Australia by Professor Mike Gold, and another system, called Vaxtracker, was set up in NSW.

A meeting of the minds

As the national centre, we were very lucky to have relationships across the whole country, and my role involved facilitating a vaccine safety “meeting of the minds” in October 2014. We decided to harmonise our efforts to introduce active surveillance across all states and territories.

In 2014, findings of the first study of active surveillance of influenza vaccine safety conducted across multiple states in Australia was also published in the MJA. This was the first step in getting everyone together to conduct rapid, national surveillance data on adverse events from vaccination.

If we each reported on only a small number of adverse events, it is hard to draw robust conclusions, but the strength of this system is that it has the power of increased numbers and can monitor hundreds of thousands of patients.

It was at that point that the Australian Government saw the value in more active vaccine surveillance, and called for tenders to conduct surveillance of influenza vaccination in children aged under five for the next three years.

NCIRS won that tender to conduct that surveillance from 2014 to 2016, and that’s when AusVaxSafety first came into being. In essence, it is a collaborative initiative led by NCIRS to actively monitor the safety of vaccines, using SMS-feedback from recently vaccinated children and adults.

The system uses all three different, computer-based automated surveillance tools, including SmartVax and Vaxtracker, which send SMSs or web-based surveys to parents of recently vaccinated children and to recently vaccinated adults to check how they felt after vaccination. The third system, STARSS, is an NHMRC-funded study that is comparing methods of surveillance, and also reports to AusVaxSafety.

The de-identified data is analysed in collaboration with our colleagues at the Telethon Kids Institute, who use statistical methods to automatically detect safety signals.

During 2016, AusVaxSafety surveillance has followed influenza vaccine in children aged 6 months to five years and pertussis-containing booster vaccines in children aged 12 months to seven years. Our monitoring has shown that both of these vaccines continue to be very safe. On average, 9 out of 10 children are reported by their parents as having experienced no side effects after vaccination and in those who have reported potential reactions, they are mostly mild and short-lived.

The reaction from the public has been fantastic, with response rates to the text messages around 70 per cent. Anecdotally, patients love the fact that they are being followed up to ensure there are no problems after vaccination – it is reassuring for them to know that we take vaccine safety seriously.

In November 2016, we were thrilled when then Federal Health Minister Sussan Ley a major expansion of the AusVaxSafety, alongside the launch of the new National Shingles Vaccination Program for older Australians.

The system has now begun monitoring the shingles vaccination program, as well as having expanded to monitor flu vaccine safety in all age groups rather than just children.

This month it began routinely reporting on all vaccines given to people of any age, and the number of sentinel providers involved is set to expand to 200 sites.

The development of this world-first vaccine safety system has been a really wonderful journey and a great example of how research can be translated into practice.

Everybody was interested in revolutionising the way we approach vaccine safety monitoring, and I think this can be seen as a collective journey. I also give great credit to the Australian Government Department of Health for putting up funding for this new initiative.

The stars aligned, and we were able to come together as a national collaboration.

The second step will be integrating this data with public health responses for vaccines of interest.

There is still a long way to go, but we have achieved a lot in a relatively short period of time, and Australia now has a unique, real-time system to monitor vaccine safety. No other country, to my knowledge, has anything as extensive as this system.

And the system doesn’t have to be limited to vaccine monitoring. There is the potential to use it in many different ways, such for monitoring adverse reactions to new drugs after they are introduced.

Another part of the tender articulated by the Australian Government is to have the AusVaxSafety system on standby in case of a pandemic or emergency situation. For example, if a new pandemic influenza vaccine needs to be rolled out rapidly or there is a new emerging infection and we need to introduce a vaccine for which only limited safety data is available.

Not only will AusVaxSafety give us greater confidence in the safety of vaccines, but it is a fantastic piece of infrastructure for Australia to have in place for the future.

• Associate Professor Macartney is a paediatrician and infectious disease specialist, and is Deputy Director of the National Centre for Immunisation Research and Surveillance (NCIRS).

Watch Associate Professor Kristine Macartney in the clip below.

PrevPreviousA change in the weather: Ley’s legacy, and a to-do list for her successor
NextDo clinicians have accurate expectations about how much treatments and tests can help or harm? Next