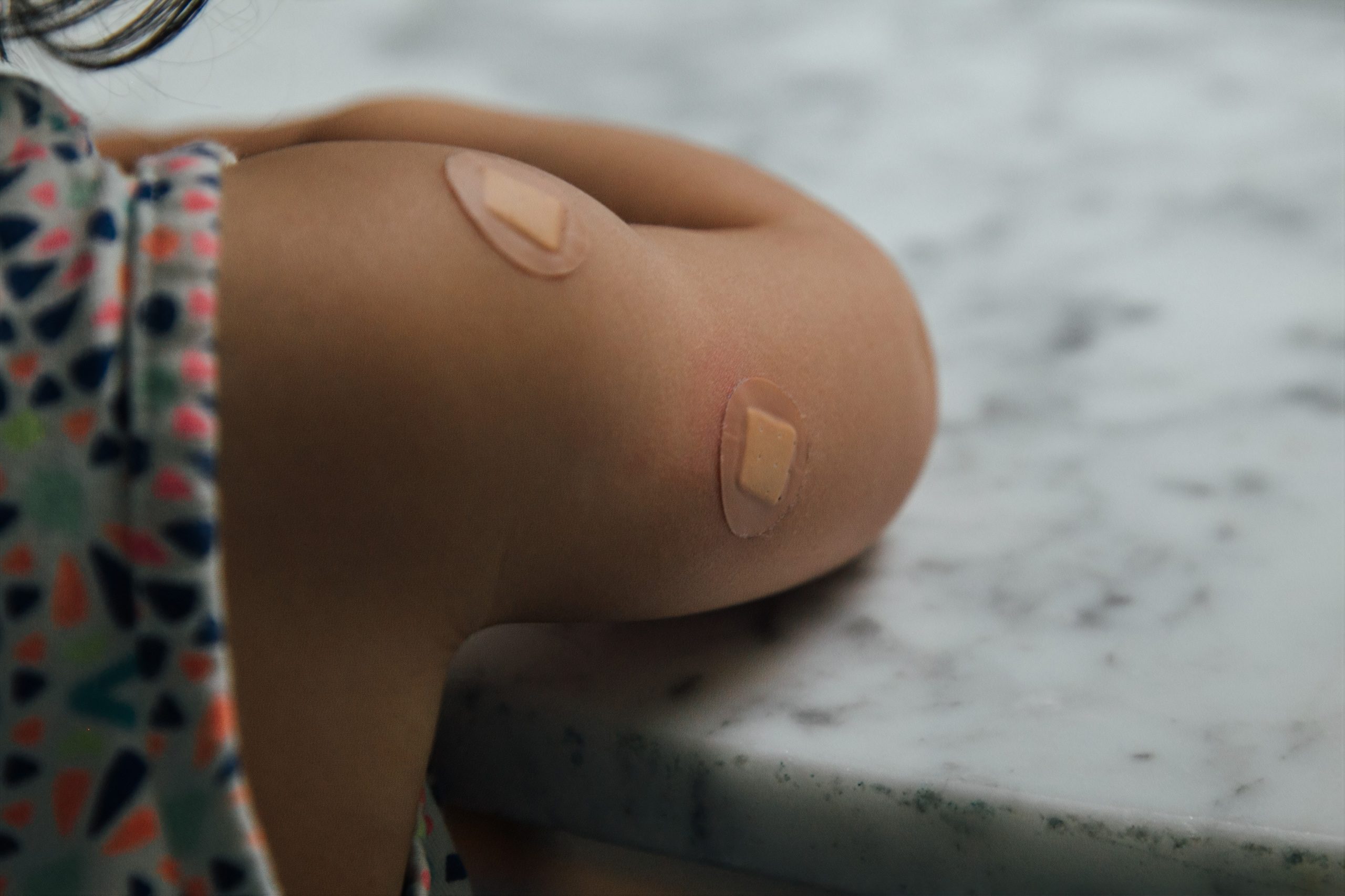 ‘A massive assault on trust’: vaccine hesitancy and COVID-19

Introduction by Croakey: With crippling public health failings by the Trump administration in its response to the novel coronavirus pandemic continuing to overshadow the US election race, a growing chorus of doctors and scientists are speaking out against the President.

Nature, one of the world’s most respected scientific publishing stables, came out in support of Democrat challenger Joe Biden last week, joining the likes of NEJM, The Lancet, Science and Scientific American in condemning the Trump administration’s fatal mishandling of the pandemic.

No US president in recent history has so relentlessly attacked and undermined so many valuable institutions, from science agencies to the media, the courts, the Department of Justice — and even the electoral system. Trump claims to put ‘America First’. But in his response to the pandemic, Trump has put himself first, not America.”

The editorial chronicled undermining of research advice and systematic dismantling of scientific capacity in regulatory science agencies including the EPA and CDC, with “devastating” consequences for the US populace.

“No president in recent history has tried to politicize government agencies and purge them of scientific expertise on the scale undertaken by this one,” it wrote. “The Trump administration’s actions are accelerating climate change, razing wilderness, fouling air and killing more wildlife — as well as people.”

Earlier this week, physician, author and Stanford medical professor Abraham Verghese published a letter with high profile physician-scientist and writer Eric Topol, urging colleagues to speak up against COVID-19 misinformation amid what they described as a climate of fear.

“We cannot leave it to a few lone health care heroes to stand up to the corruption and misinformation promulgated by the current administration,” wrote Verghese and Topol, appealing directly to the heads of the CDC, FDA and NIH to break ranks.

“This is not about politics, even though your actions and inactions will inevitably be politicized; this is about scientific truth and the human peril when truth is obscured.”

In this piece for Croakey, journalist Meera Senthilingam explores how misinformation and trust in government are undermining hopes for an effective coronavirus vaccine.

The world is eagerly awaiting the approval of a vaccine to help bring an end to the coronavirus pandemic, yet study after study is showing that the number of people willing to accept one continues to decline.

In the US, for example, polls by the Pew Research Centre in September found that just half (51 percent) of Americans now say they would definitely or probably get a vaccine to prevent COVID-19 — down from 71 percent in May.

Numbers in the UK are slightly less bleak. That same month, the ongoing COVID-19 Social Study by UCL found that around four in five people (78 percent) are likely to get a COVID-19 vaccine when one is approved.

Comparable numbers were seen in Australia as part of a survey of parents taken in June.

The picture is similar in many countries, and a new global study confirms this to be the case worldwide.

The study, published in Nature Medicine this week, used data from a survey of more than 13,000 people across 19 countries with high burdens of coronavirus worldwide.

Around 700 participants were randomly sampled to represent the population in each country, and asked if they would take a proven, safe and effective COVID-19 vaccine: 71.5 percent said they definitely or probably would.

This means that almost one in three (28.5 percent) may not accept one; half of this number said they would refuse one, while the other half would hesitate about getting one and may not.

If extended to the global population, this means tens of millions people may choose not to get a vaccine should be one become available, leaving us less able to get the pandemic under control.

“The numbers are concerning for trying to reach community immunity,” said lead author Professor Jeff Lazarus, Head of the Health Systems Research Group at the Barcelona Institute for Global Health, ISGlobal, in Spain.

Researchers estimate that there would need to be between 60 to 80 percent coverage of a vaccine in a population in order to reduce coronavirus transmission, according to Lazarus.

“We need a high enough number, especially with a highly infectious, airborne virus like COVID-19,” he told Croakey, noting that even robust intention numbers were no guarantee, because a proportion of those who said they would get the vaccine would fail to follow through.

What the Nature Medicine study really highlighted was a stark contrast in vaccine acceptance between certain countries, with a marked association to populations who said they trusted their government and those who didn’t.

China was at the top, for example, with vaccine acceptance levels of almost nine in 10 (88 percent) and Brazil a close second with 85 percent, followed by South Africa at 81 percent. This fell to 75 percent in the US and 71 percent in the UK, but the lowest acceptance was in Russia, Poland and France, with 54 percent, 56 percent and 58 percent, respectively: a 30 percentage point difference between the least and most vaccine-accepting nations.

When these numbers were correlated with how people responded to a question on trusting their government, a clear trend emerged. If people said they did trust their government, they were more likely to say they would accept a COVID-19 vaccine.

Trust was highest in most Asian countries, including China, South Korea and Singapore.

With more than 44 coronavirus vaccines currently in clinical trials and another 150-plus at the pre-clinical stage, it’s hoped that one will be made available early next year.

Delivering it will be complicated and take time, but Lazarus believes we should use this valuable time between to address the hesitancy around vaccines and rebuild public trust.

He stressed the importance of governments improving how they communicate with populations, ideally doing so at the community level and being sensitive to religious, cultural and philosophical concerns.

There needed to be less of a focus on rushing things through and meeting certain deadlines, and more emphasis on the approvals process being followed, and on safety, Lazarus said.

“Each political proclamation since ‘Warp Speed‘ was announced has further eroded people’s trust,” Scott C. Ratzan, Distinguished Lecturer at CUNY School of Public Health in the US told Croakey, referring to the Trump administration’s blitz on development and delivery of COVID-19 vaccines, drugs, and diagnostics unveiled earlier this year.

“As the President of the United States has disregarded scientific and medical expertise…the proclamation of developing a safe and effective vaccine for everyone at ‘Warp Speed’ has only convinced a minority of Americans,” said Ratzen.

The politicking had also undermined the scientific process, explained Lazarus, promoting misconceptions around the fact that certain COVID trials and research have jumped the queue for review, ahead of other drugs or vaccines in development.

“It’s not skipping steps as then they wouldn’t be given regulatory approval,” said Lazarus.

But the concern is that kind of information is not reaching the general public.

Vaccine reluctance and hesitancy is a minefield, with multiple groups and factors fueling it beyond poor government messaging.

Hesitancy itself has been on the rise for decades, with multiple studies and reports showing declines in acceptance and uptake of routine vaccinations such as measles, prompting outbreaks in many countries.

In 2019, the World Health Organization (WHO) said vaccine hesitancy was among the top 10 threats to global health.

The anti-vaxxer movement plays a key part, gaining a foothold with the advent of social media. Today, uncertainties around vaccine development and poor handling of the pandemic by some leaders has given this movement something to latch onto and use to their advantage, Ratzen and Lazarus believe.

“What we see today is a massive assault on trust in government, in science, and in public health authorities,” said Ratzen.

“With the global reach and speed of social media…and the public’s impatience on how the disease affects their lives and livelihoods, you have fertile ground to sow anti-science propaganda,” he added.

Multiple conspiracy theories exist around a coronavirus vaccine, and while there have already been concerted efforts by health agencies worldwide, including the WHO, to tackle the spread of misinformation, the question is whether such efforts are reaching the right people.

“Alarming numbers of Americans are buying into all kinds of conspiracy theories,” said Ratzen.

Countering this will require resources and strategies that can reach and appeal to people as effectively as misinformation campaigns, according to researchers.

“It’s vital that the public have easy access to reliable, evidence-based information on how vaccines work and why they are important,” Doug Brown, Chief Executive of the British Society for Immunology, said in response to the UCL findings on COVID-19 vaccine acceptance in the UK last month:

To build trust and improve confidence in any future coronavirus vaccine, both government and the scientific community need to continue to be open and honest with people to explain the vaccine development process and to create high profile opportunities to actively engage with the public to answer any questions they might have.”

Until this happens, studies like the one published in Nature Medicine and the many national iterations that preceded it will continue to show that hesitancy is a widespread issue, explained Lazarus.

“The goal of the study was to show that in every country there is vaccine hesitancy and it needs to be addressed in the particular context (of that country),” said Lazarus. “It’s key if governments really want to get their populations to vaccinate.”

Meera Senthilingam is a global health journalist, editor, author, and consultant, with a special interest in infectious disease