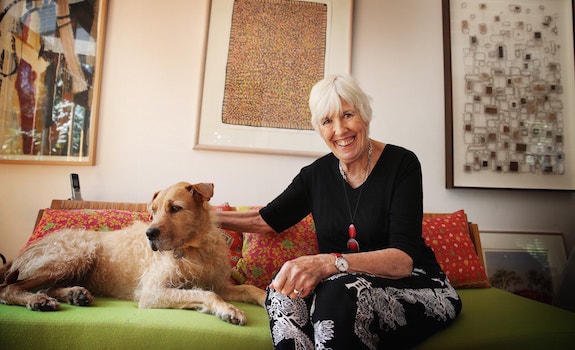 It’s hard to imagine that only a generation ago mothers were frequently blamed for causing schizophrenia and autism in their children through being ‘cold, distant and unloving.’

There is no doubt that we still have a long way to go in removing the stigma and discrimination faced by people with mental illnesses and psychiatric disabilities. But it is also important to acknowledge the significant gains that have been made in this area and the contribution of those who fought for changes in the way people with mental illnesses were treated by the health system and the wider community.

One of these was Anne Deveson who died this week aged 86.  Her efforts in both her personal and public life to de-stigmatise mental illness paved the way for many of the gains that have been made in this area over the past 40 years.

Given the many myths at the time about the role of mothers in their children’s mental illness, her willingness to use the story of her son’s schizophrenia to improve the understanding and care for people with mental health problems was particularly brave.

Her advocacy also included support for the rights for LGBTQI people and other groups in the community impacted by stigma and discrimination.

The following piece, by Dr Justin Coleman, is one of the many tributes paid to her this week by the health and medical community.  It is followed by some selected tweets and a media release from the organisation she co-founded, SANE.

The death of Anne Deveson – writer, broadcaster and social justice advocate – marks the final chapter of a life that reflected the immense change in the way Australians have perceived mental health issues over the past century.

Deveson, who died from Alzheimer’s this week at age 86, recalled travelling home from London 40 years ago after her father referred to her mother’s bewildering mental decline in a letter. “Bea is bats,” wrote her father, unable to articulate the subtleties of what we now know was Alzheimer’s disease.

Upon Deveson’s return, her mother described the affliction more poetically: “Anne, I’ve been in a forest and I can’t find my way through.”

A pioneer in the media

If Australians’ understanding of mental illness has altered dramatically since the Deveson family arrived from Malaya as refugees during World War II, their famous daughter could claim much responsibility.

Deveson became the first Australian woman to run her own daily radio current affairs program. Fellow journalist Fenella Souter described her as “a fearless journalist, who made confronting programs about everything from lesbians to poverty to child abuse”.

Deveson’s second book, Tell me I’m here, bravely chronicled her son’s struggle with schizophrenia. Back in 1991, such a frank account of a ‘private’ illness was revelatory, and Deveson rode the wave of encouragement from families affected by the condition, to establish the NSW Schizophrenia Fellowship, and later the national body Schizophrenia Australia.

Deveson’s effectiveness at advocacy derived from her talent as a writer and broadcaster, and her passion to destigmatise mental health conditions. Her CV highlights this diversity, serving on both the South Australian Film Corporation (as chair), and the Royal Commission on Human Relationships, and receiving separate Australia Day honours for her contributions to both the media and community health.

As someone courageous enough to share her family’s intimate health struggles in the public space, Deveson had more than her fair share of bleak material. Her son with schizophrenia died of a drug overdose, and her daughter Georgia Blain, a novelist, died of a brain tumour last Friday, just three days before her mother.

The importance of resilience

Deveson’s book Resilience was inspired by the manner in which her partner, economist Robert Theobold, faced his own death from cancer in 1999. He broke the news of his unexpected diagnosis over the phone from hospital – he had good news and bad news. The good news was that he was going to ensure his remaining six months were spent fruitfully.

Resilience explored why some people and communities are better able to cope with adversity than others. How can resilience best be taught, particularly during the formative years of young adults?

Maybe one day someone will write Deveson’s biography, describing how she repeatedly turned adversity into strength, and managed to forge a career in a man’s world while raising three young children.

I have no doubt the word ‘resilience’ will deserve its place somewhere in the title.

This article was first published in Medical Observer, 13 Dec 2016

The Twittersphere was also resonating this week with messages acknowledging the contribution that Anne Deveson had made to many areas of civil society.  The following is a sample:

Vale Anne Deveson. Thank you for fighting for better lives for people living with #schizophrenia & their loved ones. https://t.co/Ppfz6hx6bX

A pioneer for women in #journalism, a giant in her own right & advocate for the mentally ill & marginalised, Anne Deveson has died. Vale

Anne Deveson in the studio, May 1971. The Australian writer and broadcaster has died aged 86. Staff photographer @photosSMH pic.twitter.com/j3156ky9oc

An enormous contribution – Radio, TV & Publishing. Always inspired – you talked abt human issues no one else dared. Thank You #annedeveson

Anne Deveson was also the patron and co-founder of SANE Australia, which released the following statement:

Anne Deveson was a pioneer in mental health who opened up the national public conversation about mental illness in Australia.

At a time when there was a widely-held view that a mother could cause their child’s schizophrenia, Anne publicly spoke about her son Jonathan’s condition and the challenges this presented for her and her family.

Anne was highly respected and well-connected as a journalist, broadcaster and filmmaker, as well as the ‘everywoman’ star of the Omo laundry detergent commercials. In this way, she connected with people across the country.  She was fearless in her advocacy, never needing an invitation to speak, and she always put others before herself.

They toured the country holding conversations that led to the establishment of many local organisations supporting individuals and their families affected by schizophrenia.

A pivotal moment on this journey was on a wet and windy night in Sydney at the Teachers Federation Hall. Anne had assembled a large gathering of people when a young man stood up and courageously announced, ‘My name is Simon Champ and I have schizophrenia’.

Working with Simon, Anne drew on her extensive network to raise funds and launch the first national media campaign on mental illness.

She was a passionate advocate for the need to reduce stigma around complex mental illnesses, like schizophrenia, and for people, like Simon Champ, to be at the forefront sharing their story. She respected both the individuals living with the condition and the families caring for them. There was a golden thread of humanity that ran through everything Anne did.

When Anne developed Alzheimer’s she was again determined to ensure that this difficult personal journey should be chronicled in an effort to help others.

Anne Deveson was a passionate trailblazer, fearless and always concerned for others dealing with the most tragic of circumstances. We will miss her but we will honour her by continuing the work to ensure that everyone affected by mental illness lives a long and fulfilling life.

On a personal note, I first met Anne in a bookshop in Broome in the late 1990s when we were both dealing with the challenges of chronic fatigue. It was only a few years after my young cousin had died from suicide and he, like Anne’s son Jonathan, had been living with schizophrenia so there was a strong bond from the very beginning. At the time, I was also working to establish the Inspire Foundation in an effort to reduce Australia’s then escalating rates of youth suicide. Anne and I kept in contact.

When I took on the CEO role at SANE Australia in 2012, it meant the world to me that Anne strongly supported my appointment to the role. We would often catch up for a cup of tea at her house in Clovelly, until I noticed she was starting to forget things.

At a SANE Christmas event in Sydney, again uninvited, Anne rose to speak of the importance of SANE’s work and how it still gave her hope. We would continue our catch-ups when she moved into Beresford Hall in Rose Bay.

The last time I saw her was two weeks’ ago, on the eve of SANE’s 30th anniversary celebration. I presented Anne with a beautiful publication chronicling the SANE Australia journey – her story was the first of thirty featured. It wasn’t easy to maintain a conversation with Anne but at one point she leant over to me and said ‘You know what? I think I’ve been able to do some good things in my life. Yes, I have.’ And she chuckled to herself in way that moved me deeply as she realised her fine work was done.