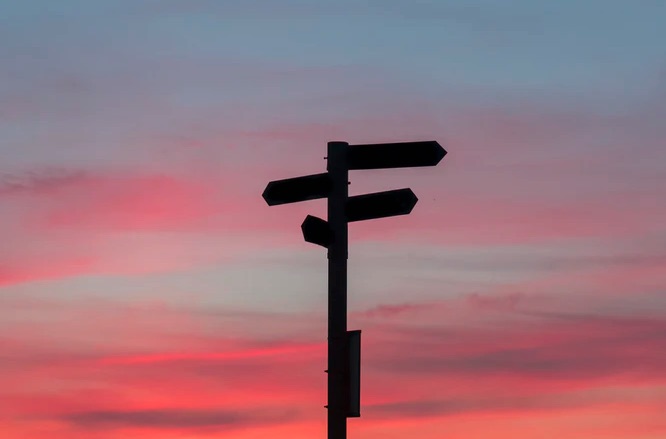 A minimum price for alcohol helped curb problem drinking in the Northern Territory — is it time for a national rollout?

The introduction of a floor price for alcohol in the Northern Territory has been such a success for public health that it should be brought in more widely across Australia, say the authors of new research.

However, it will be important for policy-makers to discuss the merits of this policy without being unduly influenced by the alcohol industry, which is one of the country’s largest political donor groups, write Nicholas Patrick Taylor and Professor Peter Miller, from Deakin University.

The “floor price” for alcohol introduced by the Northern Territory in 2018 reduced the consumption of cask wine by half, without significantly impacting sales of other types of alcohol, according to our new analysis of the policy’s effectiveness.

On October 1, 2018, the NT introduced a minimum price of A$1.30 per unit (equivalent to 10 grams of pure alcohol or one “standard drink”) on alcohol, in a bid to tackle problem drinking.

The price was chosen to target cheap wines that have historically been an issue throughout the NT, while not influencing other liquor types.

Alcohol has been ranked as the most harmful drug to Australian communities, and the greatest harm of all comes from heavy drinking. In Australia an estimated three-quarters of all alcohol is consumed by the top 20% of its heaviest drinkers, a group that the alcohol industry depends on and actively targets, labelling them as super consumers.

Nowhere in Australia are the harms of alcohol more stark than in the Northern Territory, where alcohol-attributable harm costs the community an estimated A$1.4 billion a year. Alcohol-related deaths in the territory are two to ten times higher than the national average.

Our study, published today in The Australian and New Zealand Journal of Public Health, examined overall alcohol consumption as well as consumption within specific liquor categories, most importantly cask wine. Cask wine represents less than 5% of the liquor consumed in the NT, but because it offers lots of alcohol for a low price, it contributes inordinately to alcohol problems among vulnerable drinkers and disadvantaged communities.

We split our analysis into two regions: the entire NT, and the Darwin/Palmerston area. The Darwin and Palmerston analysis is particularly important, as other regions of the NT were subject to a change in levels of police intervention at the point of sale during the period examined. The impact of these changes in policing could not be fully controlled for, whereas changes in Darwin/Palmerston can be reliably attributed to the effect of the minimum alcohol price.

This suggests implementing a minimum price on alcohol can help heavy drinkers reduce their consumption, while not adversely affecting moderate or occasional drinkers.

Read more: The NT is putting a minimum floor price on alcohol, because evidence shows this works to reduce harm

We found no evidence to indicate heavy drinkers had moved from cask wine to other liquor types in response to the floor price. While there was an increase in spirits sales, this trend began before the introduction of the minimum price.

Members of the community had expressed fears the minimum price would negatively impact beer sales. However, full-strength beer, the most consumed liquor type in the NT, saw no significant change in response to the minimum price.

Time for a national rollout?

Considering the effectiveness with which this policy reduced consumption of cask wine in the NT, it is time for other state and federal governments to consider following suit. Internationally, minimum pricing policies have already been implemented in Scotland and Wales, and the Republic of Ireland has also passed legislation to implement a floor price at a later date.

Other potential benefits of a minimum unit price for alcohol include higher tax revenue, and various social benefits from lower alcohol consumption. Both of these could conceivably help Australia recover from the financial burden of COVID-19.

In the past, the alcohol industry has persistently undermined efforts to reform alcohol regulations, and attempted to dominate the discussion around alcohol policy.

Read more: How big alcohol is trying to fool us into thinking drinking is safer than it really is

Not surprisingly, the alcohol industry is one of the largest political donor groups in Australia.

Notably, after the release of the first evaluation of the minimum unit price policy in the NT, industry group Retail Drinks Australia claimed consumption actually increased. Our latest study directly refutes this.

It will be important for policy-makers throughout Australia to discuss the merits of this policy without being unduly influenced by the alcohol industry, which depends on the profits earned from problem drinkers.

Declaration: The study this article is based on was funded by the Hospital Research Foundation, managed by the Northern Territory Department of Health. 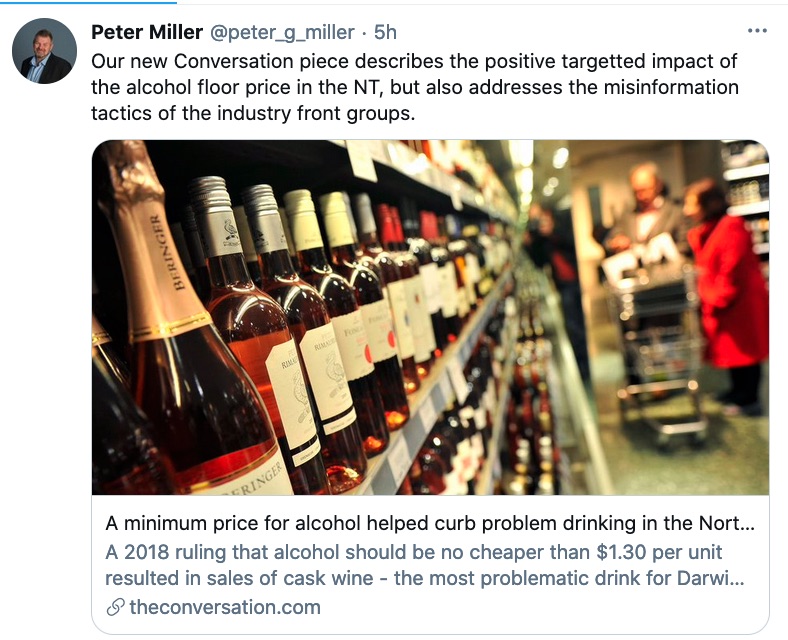 PrevPreviousOn Craig Kelly, misinformation and a view from the clinical frontlines
NextCOVID-19 wrap: investigating the origins, on trust and assumptions – and examining telehealthNext