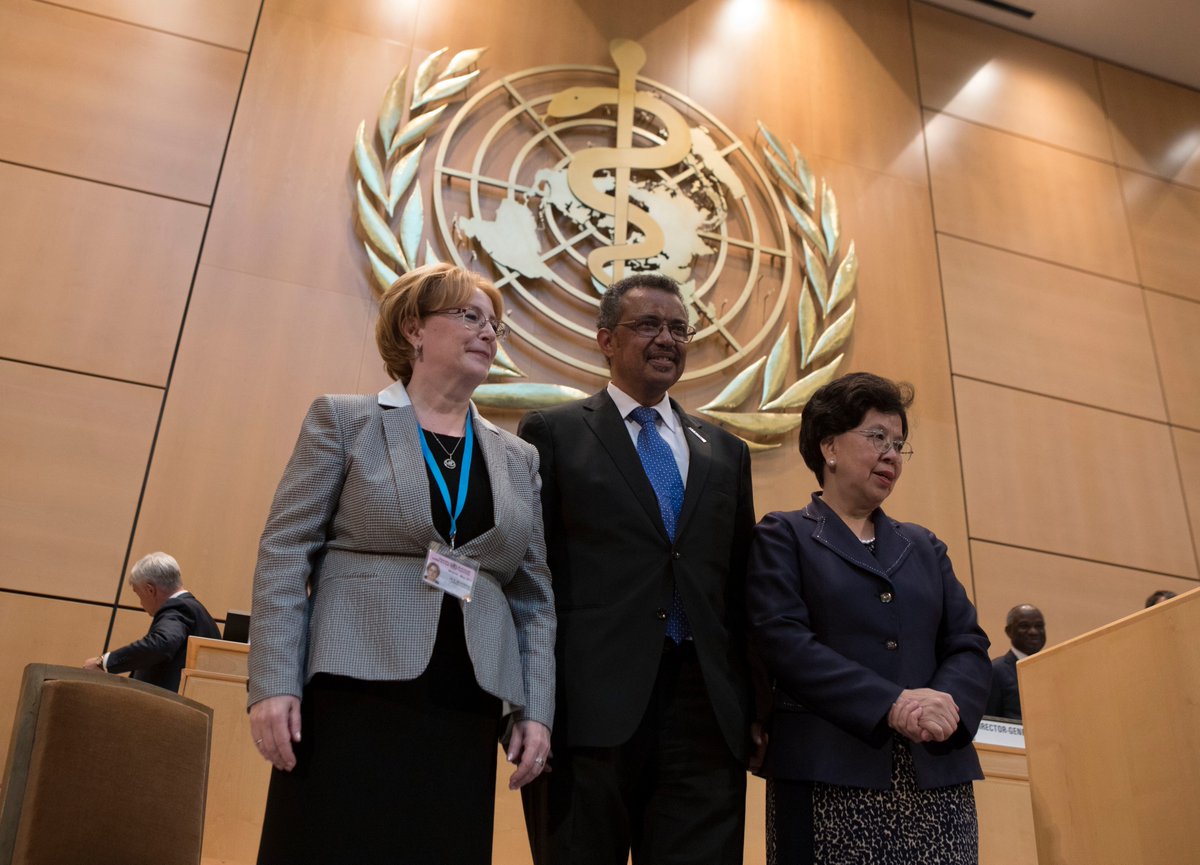 A new Director-General for the World Health Organisation

Dr Tedros Adhanom Ghebreyesus will succeed Dr Margaret Chan, who has been WHO’s Director-General since 1 January 2007.  He is the first African to hold this position. The following information it taken from his CV and candidate’s statement for the position.

Prior to his election as WHO’s next Director-General, Dr Tedros Adhanom Ghebreyesus served as Minister of Foreign Affairs, Ethiopia from 2012–2016 and as Minister of Health, Ethiopia from 2005–2012. He has also served as chair of the Board of the Global Fund to Fight AIDS, Tuberculosis and Malaria; as chair of the Roll Back Malaria (RBM) Partnership Board; and as co-chair of the Board of the Partnership for Maternal, Newborn and Child Health.

“I envision a world where everyone can lead healthy and productive lives, regardless of who they are or where they live. Achieving this will require a stronger and reformed WHO that belongs to all of us equally, and that is efficiently managed, adequately resourced and results-driven – with a strong focus on transparency, accountability and value for money. As Director-General, I will:

I will focus on five leadership priorities:

Reaction to the election

The following are some of the tweets responding to Dr Tedros’s election.

AUC Chair @MoussaFaki_M: Congratulations to @DrTedros first African elected as #nextDG for @WHO When Africa speaks with one voice, she wins! pic.twitter.com/QxYs3qfyhT

More on @DrTedros, just elected by #WHA70 to lead @WHO. Has strong background in public health, #malaria prevention: https://t.co/rwG57CAMZm

.@billclinton Thank you Mr. President! Look forward to working with you closely! https://t.co/AV4hs5BSSU

We congratulate @DrTedros @DrTedros4WHO for his new appointment. We look forward to following up on the commitment on #GenderEquality #WHA pic.twitter.com/Tur7LCZSHr

Statement on the Election of Dr. Tedros Adhanom Ghebreyesus as the New Director-General of @WHO https://t.co/WbApTG05Co #WHA70 #EndMalaria

On behalf of #UNHCR, warm congratulations to @DrTedros, new Director-General of @WHO: we look forward to working together as close partners. pic.twitter.com/4P79W0bkm4

.@DrTedros has been elected the new DG of @WHO Read his vision of what he hopes to achieve #NextDG #WHA70 https://t.co/YOIembMNKF pic.twitter.com/6KCKiBEZy2