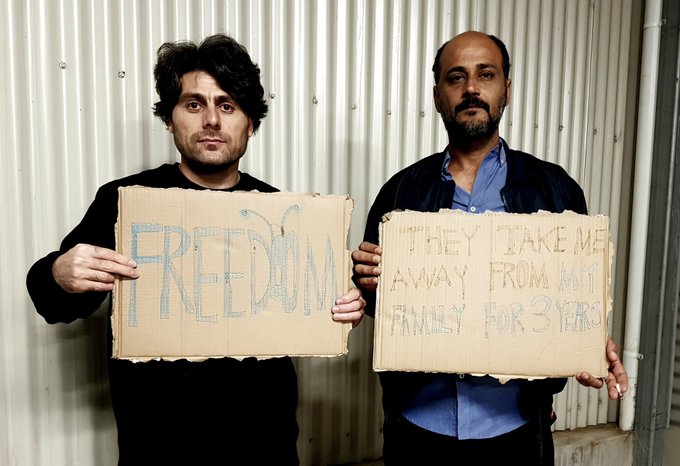 A pandemic is no excuse for infringing human rights

Introduction by Croakey: Lawyers from Australia’s Human Rights Law Centre last week filed a court case on behalf of a refugee in detention, arguing that the Federal Government is failing in its duty of care in providing protection from the coronavirus.

It was the latest bid to protect refugees and asylum seekers during the pandemic, as the Federal Government continues to ignore warnings from multiple health organisations and individuals about the risks to people held in detention.

Those risks became apparent last week in Victoria, when health authorities announced a coronavirus outbreak at a private inpatient psychiatric facility in Melbourne,  prompting a ready acknowledgement from Victoria’s Chief Health Officer Professor Brett Sutton of the “explosive potential (of the coronavirus) in closed facilities”. That facility has now been closed and patients transferred, as it undergoes deep cleaning.

Detainees who came to Australia via the Medevac program have been mounting silent protests from their windows, corridors and balconies where they are being held in detention at the Mantra hotel in Melbourne and at Kangaroo Point Central Hotel in Brisbane.

Yet the only known response to those concerns has been the overnight removal last week of outspoken detainee Farhad Bandesh to another facility, and big fines for protesters who sought to draw attention to their plight.

In the post below, Dr David Isaacs, Clinical Professor of Paediatric Infectious Diseases and Sydney Health Ethics at the University of Sydney, writes about the health and human rights concerns now being raised in the pandemic.

Hunted like a bird, languish in a cage, eyes full of tears / holes in humanity too deep to fill.”

Those song lyrics were written by Farhad Bandesh, a Kurdish musician, guitar-maker and artist.

In Iran, the Kurds are an oppressed minority. Farhad fled Iran and took a boat to Australia, reaching Christmas Island in 2013. He was transferred to Manus Island and remained in Papua New Guinea for six long years, most of them in notorious immigration detention centres.

It is not illegal to seek asylum under the UN Refugee Convention, to which Australia is a co-signatory. Prolonged immigration detention, intended to deter others from seeking asylum, damages people’s mental health, which fulfils the United Nations definition of torture.

Farhad was transferred to Australia in July 2019 for urgent medical treatment under the Medevac law.

He was sent to an alternative place of detention (APOD), the Mantra Hotel in Melbourne, with about 70 other people from Manus and Nauru. Although most of these people were transferred because of mental health problems induced by detention, the APODs themselves are highly stressful environments.

Australians returning from overseas who were quarantined in much more up-market hotel rooms complained of mental health problems after two or three days. Farhad has been in the Mantra for nine months.

Detainees are held in cramped rooms under 24 hour guard with communal meals, limited exercise and no possibility of observing the Australia’s mandatory laws to observe “social distancing”.

Although a guard at Kangaroo Point APOD in Brisbane has tested positive for COVID-19, the Australian Government maintains that, because no detainee has yet tested positive, they are “safe“.

Outbreaks of COVID-19 are most likely to occur when people are closely confined together, such as in aged care homes or on cruise ships like the Ruby Princess.

The Australasian Society for Infectious Diseases and over 1200 health care professionals have called for 1,440 immigration detainees to be released into community detention because the APODs constitute an unacceptable risk for a COVID-19 outbreak.

In the past, children and adults transferred from Nauru for emergency medical treatment who were detained in an APOD were almost always there less than a month. They would then be released into community detention: they were given an allowance (85 per cent of the Newstart allowance which many Australians argue was impossible to live on) and told to find rental accommodation.

The estimated annual cost of holding one person in an APOD is $346,000, in community detention is $103,343, but to live in the community on a bridging visa is just $10,221. Keeping the APODs open costs the taxpayer a fortune.

Threats to freedom of speech

When COVID-19 emerged as a threat, Farhad and his companions started peaceful protests to publicise their plight.

A Victorian refugee advocacy group organised a car cavalcade to drive past the Mantra Hotel on April 10, Good Friday, to show solidarity with the protesters.

Although there were only two people per car, the Victorian police not only fined 26 of the car cavalcade a total of over $42,000, but two hours before the event they arrested the organiser, schoolteacher Chris Breen, held him in custody for 9 hours, searched his house under a search warrant, and charged him with incitement.

The story does not end there.

On Monday April 13, Farhad prepared a video which was broadcast on the ABC current affairs program, Q+A, asking why people were being held at risk in APODs such as the Mantra.

On the evening of Thursday April 16, four guards arrived unexpectedly at the Mantra, removed Farhad, not allowing him to take his belongings or phone charger, and took him to the Melbourne Immigration Transit Accommodation (MITA). None of the other inhabitants of the Mantra was moved, making it look suspiciously like an act of retribution for speaking up.

Farhad has been a vocal advocate for the rights of the refugees and asylum seekers detained in the Mantra and we’re seeking assurances from Home Affairs that he was not removed in this manner as punishment for advocating for his basic human rights.”

To cope with a pandemic, Governments need to rely on the public to forego some of their normal freedoms: we are asked or even compelled not to lie on the beach, not to hold parties, not to congregate in large groups. However, there is a danger that authoritarian Governments will use this as an excuse to infringe civil rights. 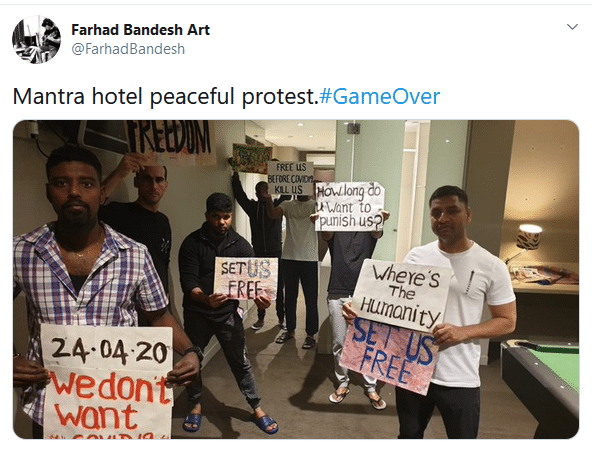 Currently, we imprison refugees in environments which endanger their health and increase the risk of the disease spreading. This contravenes best health practice and shows that not even a pandemic will cause us to be concerned about the damage we are doing to the health of refugees.

When citizens protested this cruelty, the police used the extra powers granted to them for coping with COVID-19, to suppress their concerns.

Australia has done better than most countries in managing health aspects of the COVID-19 pandemic.

Leaving refugees in preventable danger of an outbreak threatens our COVID-19 control, which is medical madness. They should be moved into community detention immediately.