Those tweeting the conference news, via #HSR15

A portrait of the complex factors affecting patients’ care, from Canada to Australia

As well as having universal health systems, Australia and Canada have a shared history as Commonwealth nations with similar federal democratic political systems and many common cultural and geographical characteristics.

Given these similarities, it is not surprising that the Australian and Canadian health systems are facing similar challenges.

The role of health services research in meeting these challenges was explored at a symposium yesterday at #HSR15 that focused on comparing the performance of the Australian and Canadian health systems with respect to cost-related access and timeliness and equity for vulnerable populations.

Three researchers working in this area in both Australia and Canada presented their findings and discussed the lessons learnt from the research for both countries. 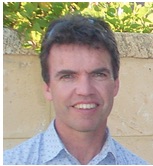 The barriers to access identified through the community consultation process included a lack of health literacy, affordability, cultural awareness on the part of service providers and difficulties in system navigation.

Each community identified a different strategy to address these access barriers, including the provision of mobile tele-health information (Sydney), a health broker to link consumers with an appropriate health service and a post-discharge model for people leaving hospital (Adelaide).

These strategies are now being implemented and evaluated to assess their impact on access to care. 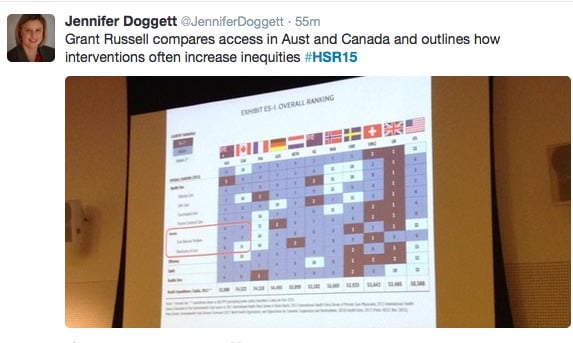 Dr Jean-Frederic Levesque, from the University of NSW and CEO of the NSW Bureau of Health Information, discussed disparities in access to primary health care in Australia and Canada by analysing the Commonwealth Fund’s International Health Policy Survey 2013/14 using multiple logistic regression.

The analysis found that while both Australia and Canada face access issues within their PHC sectors, the details of these issues varies between the countries.

Overall Australia performs better in relation to access to care but affordability problems are greater, which can have a specific impact on vulnerable groups. The main challenge facing Canada is to do with the appropriateness of care.

Common to both systems is the need to improve access for people with mental illnesses, in particular when they also have physical health problems. Levesque discussed the importance of understanding the specific barriers to accessing care within primary health care systems in order to address them effectively.

The Survey ranked Australia sixth out of the eleven countries surveyed on the timeliness of care (Canada was ranked eleventh) but on cost-related access Australia was ranked ninth and Canada fifth.

Heggarty discussed how the history of universal health care in Canada influences its performance today. In particular, she outlined how necessary compromises made to obtain the support of medical lobby groups affected the development of the health system in ways that are only today being addressed through the recent introduction of reform measures.

Overall, Heggarty’s analysis found that the Canadian system was performing well in relation to cost-barriers for necessary care, whereas the Australian system provided more timely access to care, but had significant cost barriers for disadvantaged groups.

While Levesque pointed out the limitations of this type of cross-systems research (including differences in interpretation of questions due to cultural factors), this symposium demonstrated its importance in highlighting the strengths and weaknesses of different health systems.

These findings need to be considered as part of the Government’s review processes in key areas of our health system (for example, private health insurance, primary health care, the MBS) to ensure that we learn from the successes of other health systems worldwide and avoid replicating their failures.

Reports from the Twitterverse 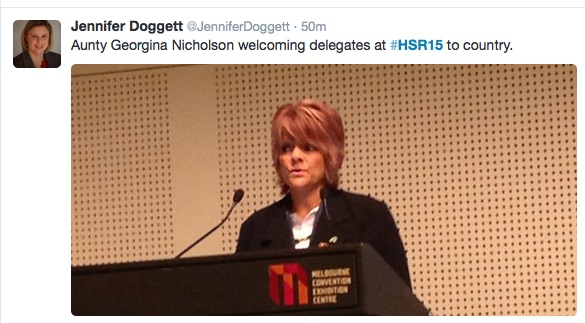 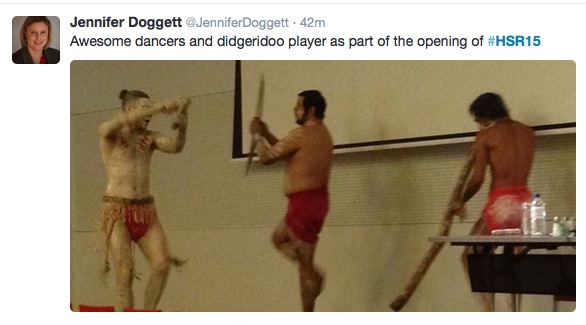 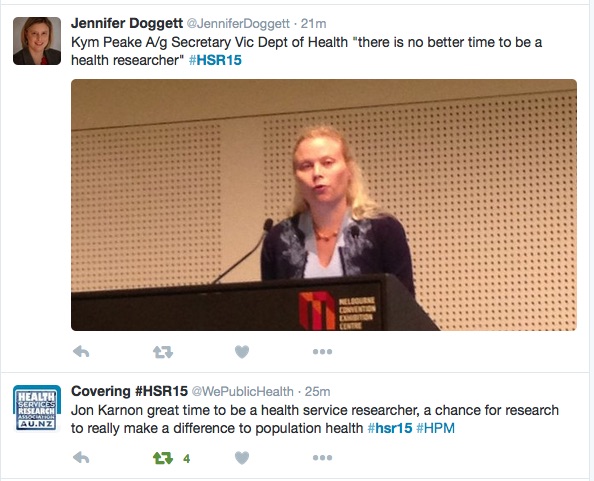 Dr Graham Scott, Director of the Sapere Research Group in New Zealand, spoke of the NZ experience in integrating health and social services. 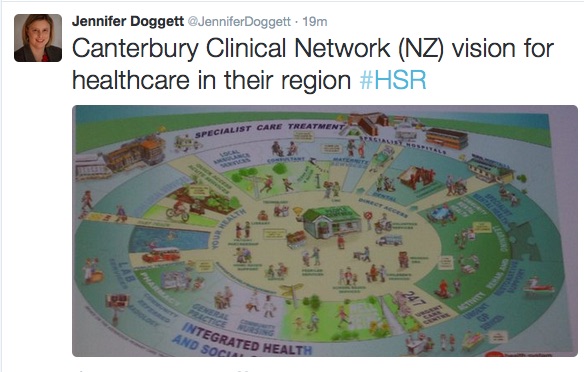 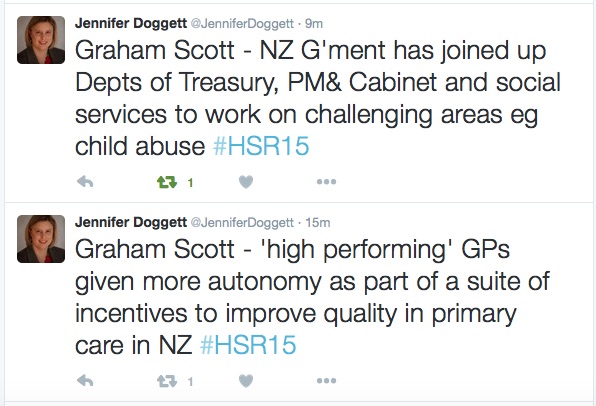 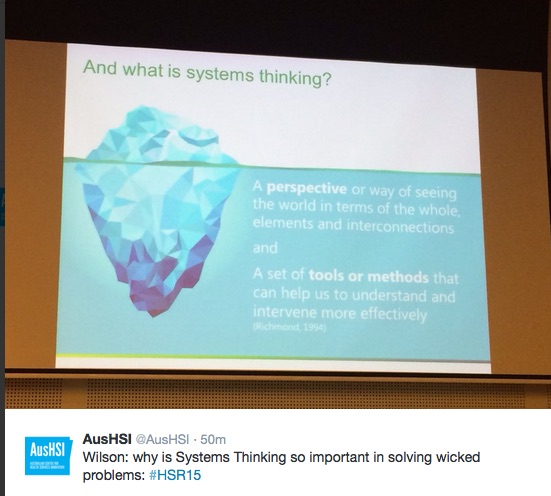 Data linkage is a big theme at the conference. 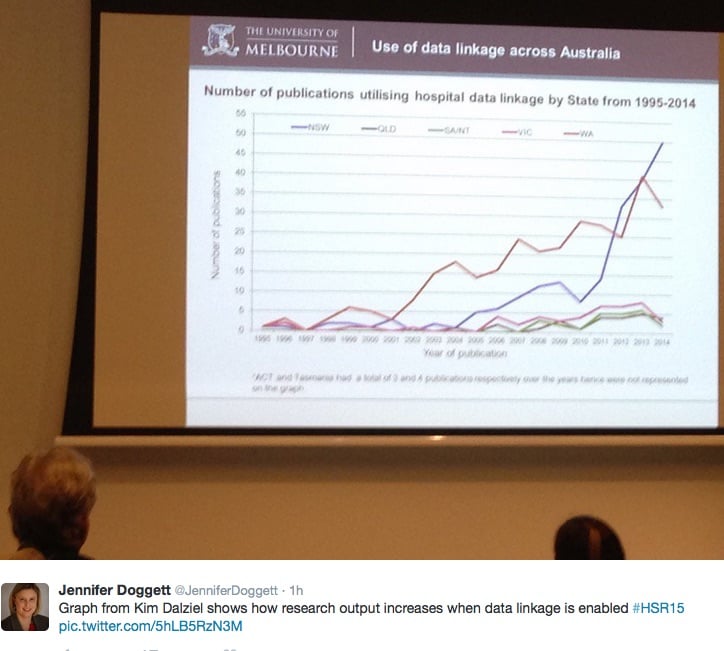 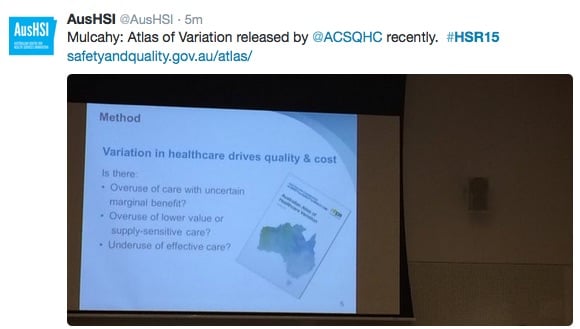 Another session heard about the burden of reporting on the Aboriginal community controlled health sector. 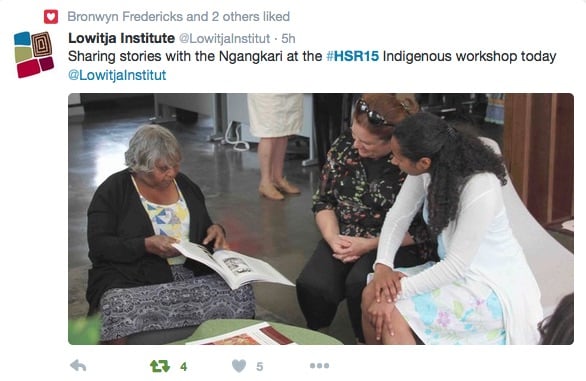 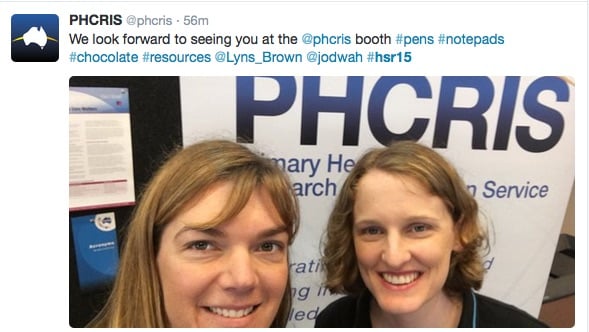 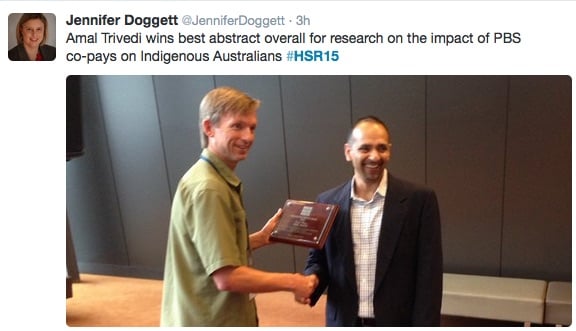 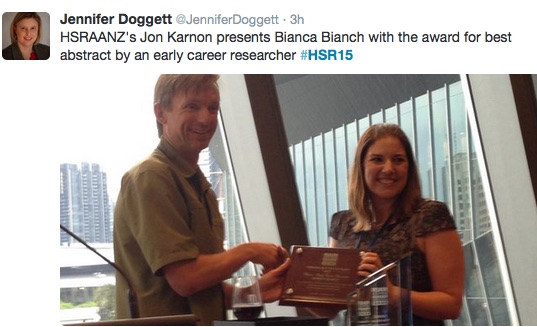 Reflections from Day One. 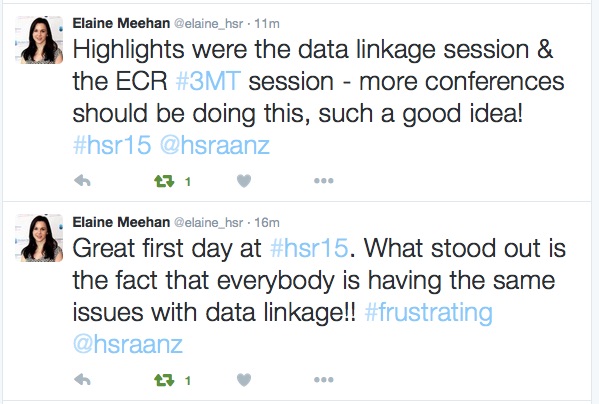 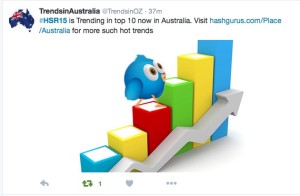 Check the Twitter analytics and transcript (note, the time period can be adjusted). 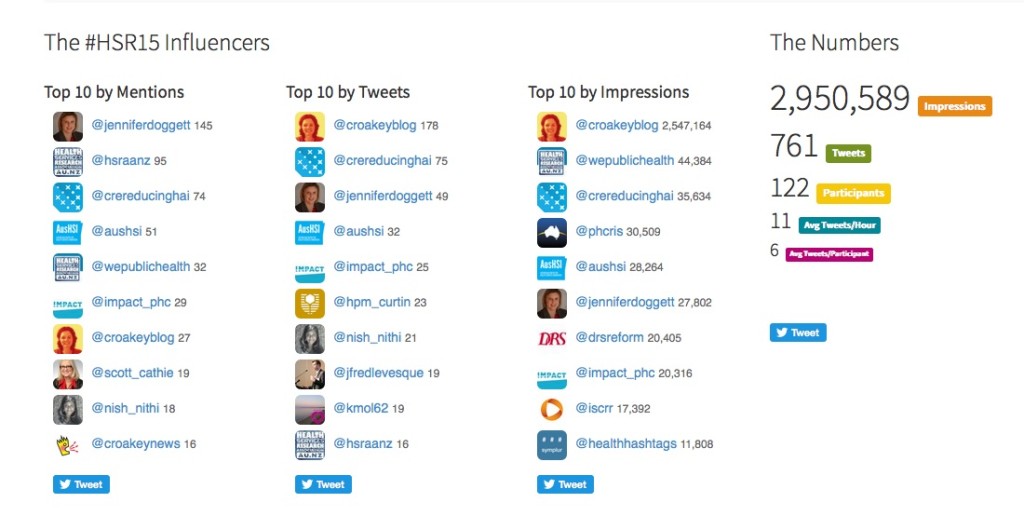 And from “Croakey TV”