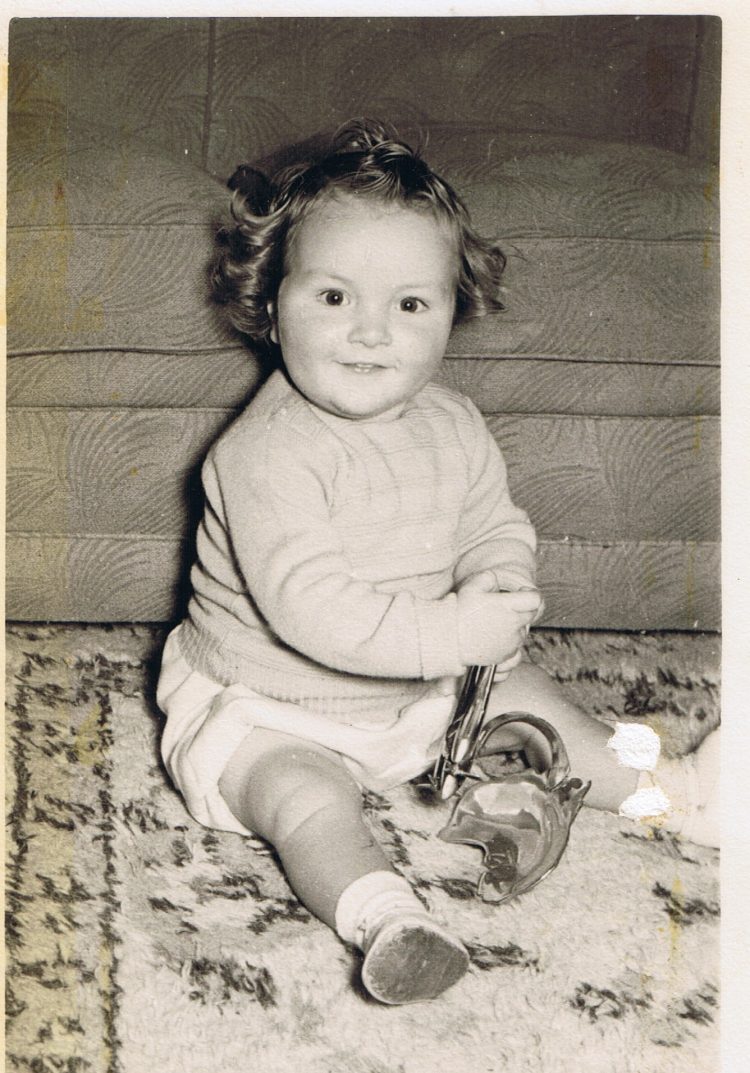 Flashback to Dr Tim Woodruff as a child; he wants to see fewer children today growing up in poverty

A proposal for health-promoting welfare reform: could it help six million Australians?

Doctors see first-hand the impact of Australia’s “distressing, demeaning, disempowering, and unhealthy” welfare system upon their patients, according to medical specialist Dr Tim Woodruff, president of the Doctors Reform Society.

In the article below, Woodruff calls on health professionals and politicians to consider the benefits of implementing a Basic Income Guarantee (BIG), as is being trialled in Finland, Canada, The Netherlands, and Scotland.

It would be a move towards social justice and increased productivity, he says.

(See also Woodruff’s previous article for Croakey arguging that BIG would improve the life prospects of the 13 percent of Australians who currently live in poverty, the 17.4 percent of kids who are being raised in poverty, and the 40 percent of children in lone parent families who live in poverty.)

On an almost weekly basis now I’m asked as a medical specialist to write a letter to help a patient be accepted by Centrelink as unable to work. My letter and that of the patient’s general practitioner are then assessed by staff with limited or no medical training.

Many have their request declined and are therefore required to attend Centrelink fortnightly, and to apply for jobs they can’t do – even if such jobs exist.

One man had his request accepted only after he was admitted to hospital, despite hobbling on a walking stick, and taking narcotic analgesics.

Something is wrong with how we try to help our struggling and most vulnerable fellow Australians.

What is wrong with the welfare system?

The Federal Government’s cost saving measure, the Online Compliance Intervention (OCI), an initiative which included computer generated letters to clients requiring them to submit evidence of their entitlement and suggestions they might lose benefits, was the subject of an inquiry by the Senate Community Affairs References Committee.

The Labor/ Greens dominated Committee found major problems, but even in the dissenting report from Coalition Senators:

…acknowledge the evidence given by some recipients from the early stages of the OCI rollout about the confusion they experienced in being advised of a debt and in providing the information requested.”

But even before OCI, our welfare system has depended on targeting to ensure that people were not accessing benefits to which they were not entitled.

We have a highly targeted system. The poorest 20 percent of the population receive the highest percentage of welfare of any OECD country (see page 29).

Whilst the theory is fine, the practice depends upon the most disadvantaged members of our society complying with requests that even I would find somewhat daunting.

A single mother with no income, no assets and dependent children could be eligible for a Child Care Benefit, a Family Tax Benefit, a Newborn Upfront Payment and Newborn Supplement, a Parenting Payment, and possibly Rent Assistance.

She would need to identify all of the above, apply for them, and then comply with the rules regarding continuation of payments as appropriate. If she left school at age 15 after five years of being totally disengaged with school anyway, that would be challenging.

Then there’s Newstart. At $14,000 yearly, it is $8,000 below the poverty line. It has been kept low by both major parties in an effort to encourage individuals to get a job.

But people who find themselves poor make poor decisions. Laboratory and field experiments on cognitive ability suggest that being poor of itself might contribute a 13-point decrease in IQ.

Added to that is the ‘poverty trap’, whereby people who get a job lose benefits and end up no better off despite going to work. We can and should do better.

Then there are the thousands who don’t access the benefits to which they are entitled because they’ve tried and found it too difficult, or they aren’t aware of their entitlements, or they don’t want to admit to needing welfare, or other reasons.

In 2010 the estimated take-up for the UK Child Tax Credit was only 83 percent. More than one million (1.2 million) eligible families were missing out.

Distressing, demeaning, disempowering, and unhealthy are all appropriate adjectives to categorize the effects of our welfare system on our most disadvantaged fellow Australians.

The alternative, a basic income guarantee (BIG), is now being trialled in Finland, Canada, The Netherlands, and Scotland.

The results from these trials will add to the considerable information already available from the trials in the USA and Canada in the 1970s, referred to in my previous article at Croakey.

What happens to people’s capacity to make good decisions about jobs and increasing their income if, instead of a pittance, they start with a poverty line income?

The evidence presented in my previous article suggests that they try to improve their circumstances, to move off the poverty line, to get further education, commit less crime, perhaps spend more time with their family, helping aging relatives, involving themselves with the kids’ school and other activities, and they are more healthy. There is no evidence to suggest that they put their feet up and loll in the joys of living on the poverty line.

Inevitably some might feel that the country owes them, but we see similar thinking from the rich and powerful – including many former politicians who can be found with their snouts in the trough and a sense of entitlement.

Where opportunities exist, greed and entitlement will manifest. Those so inclined are the minority.

Whilst many proponents of the concept suggest that a BIG is not means tested, the reality is that it has to be paid for and, to do that, taxes have to be increased.

A basic income is guaranteed, but if you don’t need it, you won’t get it, despite it being paid into your bank account monthly, because a readjusted tax system will take it away from those who don’t need it as soon as it hits the bank account.

Effectively those with no need end up with nothing. Instead, it is means tested on the basis of taxes on income and/or assets of those who don’t need it.

Thus, instead of mean means testing by Centrelink, the tax office does the means testing, and once the tax changes are made, the cost of means testing and all its negative aspects are gone.

In 2012 Catholic Health Australia commissioned the National Centre for Economic Modelling to assess the cost of not addressing the social determinants of health.

The report concluded that there was $6.7 billion in potential savings from decreased welfare and health costs and $8 billion in extra earnings if these factors were addressed. A significant proportion of these gains would be addressed by a BIG, lifting almost every Australian’s income to the poverty line.

Additionally there would be some savings from Centrelink administration, which costs about $4 billion yearly. Most of this is spent on administering welfare payments. Some is spent on service provision and would need to continue.

Whilst relatively simple tax changes can generate most of the funding required as discussed previously, further investment in this concept may be needed.

The Treasurer, Scott Morrison has indicated that the ALP proposals regarding negative gearing, capital gains, company trusts, superannuation, and high income deficit levy would cost taxpayers $100 billion over 10 years – about $10 billion a year.

For those genuinely interested in improving health and thereby productivity, using such funds to support a basic income would be seen as an investment. In addition, the Federal Government is looking seriously at companies that manage to minimise tax (Apple, Google, Pfizer) and is expecting about $2 billion in extra revenue as a start.

Improving our investment in the six million or so Australians who cannot earn an adequate income can improve their health and education.

Optimising health and education is not just about social justice. It is also about productivity as the Productivity Review 2017 has indicated:

…there are also significant opportunities in prospect (for improved productivity). And they lie in areas that many would not traditionally associate with productivity: health, education, cities and confidence in institutions.”

There is a prima facie economic case for the affordability of investing in a basic income guarantee. The details are for economists and public policy experts to address.

Arguments against such an idea from the ALP are disappointing and seem disingenuous at best, suggesting millionaires shouldn’t be gifted money.

Unions have varying views on the concept, ranging from a strong interest in investigating further to suggestions it is useless.

Fundamentally, BIG has the potential to empower workers to reject a job with terrible conditions, move to a job that is more suitable, tell an unreasonable employer that he can find someone else, and empower unions to advocate more easily for their members.

It’s time for health professionals to ask politicians to think with a little more vision about investing in the social determinants of health, not only because of concerns regarding social justice, but also because this is an investment in productivity.

• Tim Woodruff is president of the Doctors Reform Society, an organisation of doctors and medical students promoting measures to improve health for all, in a socially just and equitable way.  On Twitter: @drsreform

PrevPreviousAs #QldVotes, where is the conversation around this health emergency?
NextA “masterclass” in Indigenous health research translation – from Sir Mason DurieNext