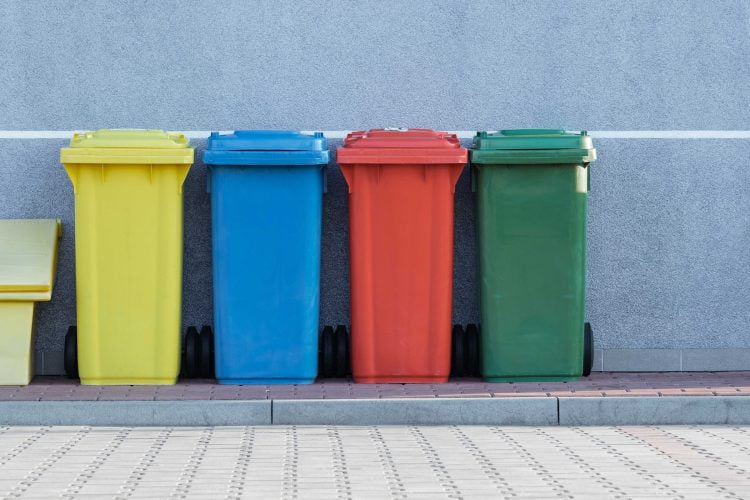 "Putting out the trash" describes an approach to media management aimed at burying bad news. Photo by Pawel Czerwinski on Unsplash

Introduction by Croakey: You may have missed the announcement, but private health insurance premiums will increase again this year.

Health policy analyst Charles Maskell-Knight says the Federal Government would have been justified in rejecting the insurers’ applications for an increase, especially given their profitability in the pandemic context.

“A decision to refuse requests for premium increases from private health insurers would have shown political resolve and a commitment to the interests of policy holders rather than insurers,” he says.

In today’s political environment the timing of government announcements is carefully thought through. The timing of positive news is carefully arranged to meet the television news cycle – after it has been “exclusively” foreshadowed in a chosen print outlet that morning. And bad news is slid out surreptitiously at a time when nobody is likely to be paying attention (a practice known as “taking out the trash”).

Minister Hunt’s announcement of private health insurance premium increases to apply from 1 April this year took place the day before Christmas Eve last year – at a time when specialist health journalists were focussed on surging COVID-19 cases, changing public health measures, and border re-openings. As a result, there was very limited coverage of the announcement.

Now the holiday hysteria is over, there is time for some analysis of the increase.

At first blush the announcement is good news: premiums will increase by an average 2.7 percent, the lowest increase for two decades, and 0.04 percentage points lower than last year.

However, that is where the good news stops. Wages growth last year was 2.2 percent, meaning private health insurance premiums will yet again be taking up a greater proportion of people’s incomes.

And the 2.7 percent applies to gross premiums, before the government premium rebate, which is currently 24.608 per cent of premiums for most policy holders.

However, the rebate is adjusted annually by the Rebate Adjustment Factor (RAF), which effectively discounts the rebate if premium increases are larger than CPI.  If the December quarter CPI to be announced on 25 January is less than 2.7 percent (as many economists expect), the rate of premium rebate will be reduced – meaning net premiums will increase by more than 2.7 percent.

What is an average anyway?

In Garrison Keillor’s Lake Wobegon, all the children were above average. While not all insurers are above average, the four largest covering 72 percent of the market have premium rises that will be above average: Bupa 3.18 percent, HBF 3.62 percent, HCF 2.72 percent, and Medibank 3.1 percent. And the fifth largest insurer – NIB – comes in just under the average at 2.66 percent.

Of the other smaller insurers, only eight have increases of less than the average. In short, only nine insurers out of 33 have a below average increase – and those nine are mostly smaller insurers.

What is going on here?  The fact is that the industry average and the insurer average are calculated in different ways. The industry average is the average percentage increase across all policies, weighted by the number of policy holders. The insurer average is the forecast increase in premium revenue for existing policy holders divided by the existing premium revenue.

The Minister’s announcement also claimed that an average family would pay $2.42 extra per week under the average increase. This implies that the average family policy costs $4,660 annually. However, one of the features of private health insurance is that there are two broad groups of policies.

Between 40 and 45 percent of policies have very limited coverage, essentially operating as a way of avoiding the Medicare Levy Surcharge applying to the uninsured, and cost (net of the premium rebate) around $1,800 to $2,400 annually for a family. The average increase of 2.70 percent will amount to around $50 a year.

Another 40 to 45 percent of policies offer cover for a comprehensive range of illnesses and conditions, including extras cover, and generally cost between $5,000 and $6,000 annually for a family net of the premium rebate. The average increase will add about $150 a year to these policies.

This would assist consumers in making a judgement about the increase imposed by their insurer on their policy compared with other similar policies offered by other insurers.

The one day of the year

For the past two decades insurers have applied for annual premium increases to take effect on 1 April. This is not a legal requirement – under the Private Health Insurance Act insurers can apply for an increase at any time.

However, the one day of the year arrangement has been convenient for all concerned. The Government gets all the bad news out of the way in one go (and if it does it on 23 December, no-one even notices), while individual insurers avoid the scrutiny they would receive if they were the only one announcing a premium increase.

It also incidentally benefits consumers: if all insurers increase premiums on the same day, price comparisons are a lot easier.

The Minister’s announcement made it clear that this benefit for consumers is being eroded. He stated that:

…many consumers will not receive a premium change until later in 2022, as private health insurers work through the impacts of the pandemic by offering COVID related refunds, deferring their premium rate rise and other measures to support better care and to improve affordability.”

Consumers will now have to decide whether, for example, to stick with a policy with a large increase that won’t apply for six months, or transfer to a different insurer offering a policy at a higher initial price that is fixed for the year.

Perhaps this is another example of individuals taking more personal responsibility for aspects of their healthcare?

Who needs a rise anyway?

The results would have been even better if insurers had shown a modicum of discipline in limiting management expenses, which increased by 5.4 percent.

In the early stages of the pandemic, the Australian Prudential Regulation Authority (APRA) required insurers to provision for the expected bump in claims arising from a catch-up in elective surgery.

While the level of this liability has been wound back somewhat, the level of net assets already takes into account the liability.  Insurers cannot argue that the increase somehow reflects the need to set money aside to pay for catch-up claims.

Many years ago, the legislation governing private health insurers required them to hold net assets equal to two months of premium revenue. While this crude measure was replaced with a more sophisticated measure which takes account of factors such as the number of policy holders (and hence potential claim volatility), reserves relative to premium revenue is still a broad-brush measure of financial health.

As of June 2021, two-thirds of insurers had net assets greater than six months of premium revenue. A number had net assets of more than 12 months, meaning they would still be technically solvent if all policyholders were given a premium holiday for a year.

Given continued wage stagnation it is hard to see why insurers with large reserves should be allowed to increase premiums faster than wages growth.

Indeed, given the profitability of the sector last year, it is hard to see why any insurer which was not in financial difficulty should have been allowed any premium increase this year.

A decision to refuse requests for premium increases from private health insurers would have shown political resolve and a commitment to the interests of policy holders rather than insurers.

It certainly would not have been announced the day before Christmas Eve!

Charles Maskell-Knight PSM was a senior public servant in the Commonwealth Department of Health for over 25 years before retiring in early 2021.  He worked as a senior adviser to the Aged Care Royal Commission in 2019-20. He contributes regularly to Croakey.