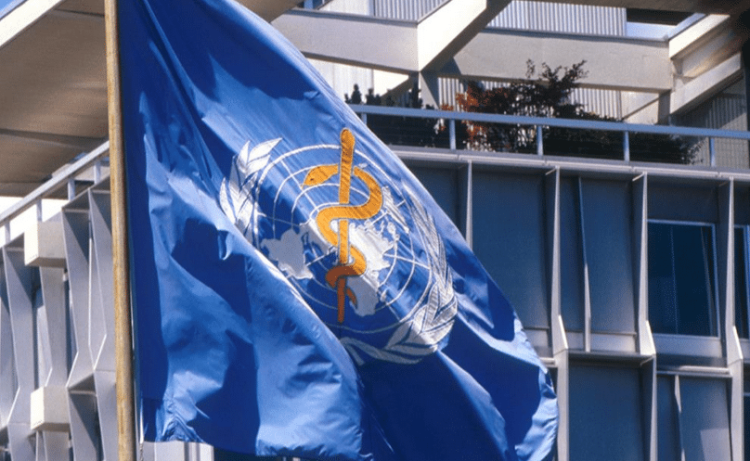 US funding cuts to the WHO will hit global health efforts

A stronger World Health Organization is in Australia’s national interests

Health leaders around the world have slammed United States President Donald Trump’s plan to withdraw from the World Health Organization, as previously reported at Croakey.

Australia should take the lead in resisting this move by the US, and in working towards a stronger WHO, writes Professor Anushka Patel, the Vice Principal Director and Chief Scientist of The George Institute.

The decision by the Trump Administration to suspend US financial contributions and withdraw from the World Health Organization (WHO) is an ominous step, one that countries such as Australia should firmly resist.

Australia needs a stronger, more effective WHO, now more than ever – regardless of whether this is motivated by narrow or enlightened self-interest, or humanitarian considerations.

For nearly 80 years, the WHO has played a vital role in protecting and promoting health around the world. By strengthening health systems, increasing access to medicines and vaccines, improving monitoring and information-sharing, and coordinating global responses to pandemics, the WHO fills a crucial need.

As a founding member state, Australia benefits greatly from a well-functioning WHO.

Contrary to what many think, the WHO does not have regulatory power – it is an institution that operates on multilateral consensus-building and was designed to serve, and be governed by, its Member States. The responsibility for its effective functioning therefore falls on all countries, including Australia.

Indeed, Australian governmental and research institutions, including The George Institute for Global Health, are active players with the WHO on some of the world’s biggest health challenges. Australia is currently home to 46 WHO Collaborating Centres that work directly with the agency on a range of technical priorities.

While attention is currently understandably high on pandemics like COVID-19, among the world’s and Australia’s top killers are non-communicable diseases (NCDs) and injury – the two key focus areas of researchers at The George Institute for Global Health. We are proud to direct two WHO Collaborating Centres – one around injury prevention and trauma care, and the other on population salt reduction – as well as facilitate a WHO Community on Women and NCDs.

In the wake of the US announcement, the Australian Government was wise to signal Australia would continue to fully pay its contributions to the WHO. Many have recognised missteps by the agency, including Prime Minister Scott Morrison. At the same time he was quick to underscore the importance of WHO’s “important work within the Pacific Family”.

Likewise, while Foreign Minister Marise Payne recently called for a stronger, more independent and transparent WHO, she added: “We cannot let the vital and practical work that the WHO does on the ground be overshadowed by questions about the approach of its headquarters in Geneva. Frankly, there is no other institution that can marshal collective efforts to improve health security across the globe.”

The COVID-19 pandemic is delivering many important lessons for us all; among these is reinforcing the fact that infectious diseases travel fast and far, impacting on countries rich and poor. No single country can “go it alone”.

In addition, WHO’s work with Australia’s neighbours is good for the region and good for Australia. The WHO’s Pacific pandemic response included responding to hundreds of regional requests for help in relation to COVID-19, provision of 68 shipments of personal protective equipment, 35 deployments across 20 Pacific countries and territories, and support for testing and isolation programs in countries such as Fiji and Timor Leste.

The WHO also played significant roles during the polio outbreak in Papua New Guinea in 2018, the measles outbreak in Samoa in 2019, and ongoing programs in Western Pacific to combat measles, rubella, tetanus and polio.

As detailed in the Pacific Island Countries and Areas – WHO Cooperation Strategy 2018–2022, WHO’s critical work in the region extends beyond emergency responses to: improving maternal and child health; reducing avoidable disease burden and premature mortality; improving access to and utilisation of high-quality, affordable health services; and improving preparedness, response and resilience to environmental and disease hazards.

Recognising the importance of the agency’s regional work, in 2017, Australia and the WHO announced the Australia-WHO Country Cooperation Strategy 2018-2022, which identifies four strategic priorities as a focus for the partnership: health security; people-centred health systems for universal health coverage; regulatory strengthening; and working together to support to WHO in its efforts to achieve organisational excellence.

It’s worth remembering that the WHO’s total annual budget is $3.45 billion – a fraction of the $82 billion Australia spends on health per year – and US funding accounts for 20 percent of its meagre budget, so the cuts will hit global health efforts hard.

Such dramatic reduction in funding not only risks worsening the impact of the current and future pandemics but also undermining decades of global health progress. The US withdrawal may be emulated by other leaders and countries. President Bolsonaro of Brazil recently threatened to withdraw from the WHO, blaming the WHO for the spiralling death rates in Brazil. This populist and nationalistic decision making must be reversed in favour of closer global coordination.

The ‘blame game’ could not come at a worse time.

We are at a critical juncture in the crisis with COVID-19 hitting lower-income countries hard. These countries need the support and coordination provided by the WHO and the global health community to overcome the disease and mitigate its effects on other health challenges.

This will not be the last, or even worst, global health crisis. Critical public health work is undermined by ineffective multilateral cooperation.

A stronger, smarter WHO is in Australia’s national interest. In light of renewed attention on the WHO and its performance, Australia has an opportunity to follow through on support for reforms towards the “organisational excellence” component of the current WHO-Australia strategy.

Now more than ever, international health cooperation needs to be strengthened, not fragmented. Australia must continue to lead at the regional and global levels for a stronger and more effective WHO.

Professor Anushka Patel is the Vice-Principal Director and Chief Scientist of The George Institute for Global Health.