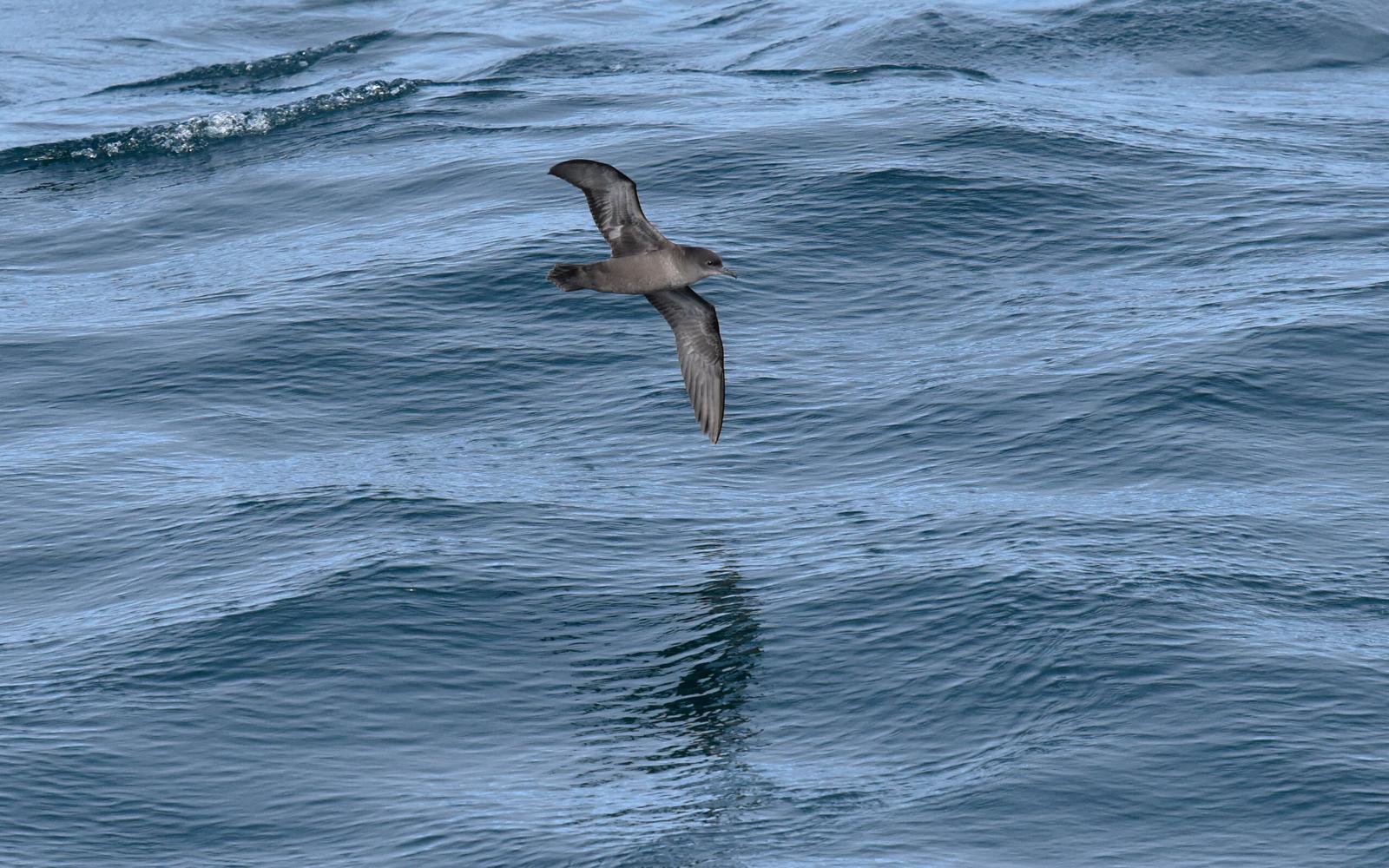 Introduction by Croakey: As the global climate meeting COP27 puts a focus on the knowledges and priorities of First Nations Peoples, a new publication provides a timely examination of the importance of Indigenous data sovereignty in environmental research and governance.

Indigenous data sovereignty and Indigenous data governance offer guiding principles and a practical blueprint that can make safe these intercultural environmental collaborations, as well as maximising opportunities to foster sustainable self-determination and self-governance, states the paper, which is summarised below by its authors:

• Bhiamie Williamson, a Euahlayi man from north-west New South Wales with familial ties to north west Queensland. Bhiamie holds degrees from the Australian National University and the University of Victoria, British Columbia, Canada. He is a PhD candidate at ANU.
• Sam Provost, a Yuin man from the far south coast of NSW. He is a graduate from the ANU and is focussed on developing collaborative, Indigenous-led research focussed on leveraging emerging digital technologies.
• Dr Cassandra Price, a Muruwari/Gangugari woman, raised on traditional lands of the Juru people in North Queensland. Cassandra has focussed intensely on large-scale and local climate and environment conditions on short-tailed shearwaters and improving harvest management strategies through the development of sustainable harvest models.

Indigenous Peoples’ knowledges, perspectives, and practices of managing the environment continue to come into focus as Australia, and the world, look to mitigate against and adapt to the impacts of climate change.

Often this requires collaboration between Indigenous and non-Indigenous peoples including research and scientific organisations. During COP27, these opportunities will again rise to the surface as the world seeks to respond to the threat of climate change. Yet these collaborations are often filled with anxiety for Indigenous Peoples.

These anxieties centre on concerns that non-Indigenous researchers and scientific organisations seek merely to ‘learn from’ Indigenous Peoples without meaningfully engaging with calls to support self-determination and elevating calls for land justice.

We draw out and discuss these issues in our recent publication, offering the principles of Indigenous Data Sovereignty as a way to address this cultural and scientific conundrum.

Vast areas of eastern Australia continue to suffer major flooding resulting in the displacement and stranding thousands of people.

As the flooding unfolded, experts expressed their concerns as to the subsequent impacts on human health such as the risks associated with an increase in mosquito populations as stagnant water is left behind. These concerns were exacerbated with looming outbreaks of diseases such as Japanese encephalitis.

The threat of flood-related health impacts has eventuated, with health professionals such as pharmacists sharing their experiences of treating people for a range of health conditions such as infected feet from wading through floodwaters in gumboots for days, and the rise in respiratory and skin problems resulting from mould.

The issue of human health impacts resulting from natural disasters is not new, with research into the impacts of the 2019-20 bushfires and in particular, the impacts of bushfire smoke, demonstrating clear links between these events and adverse health outcomes, including death.

What is less understood however, are the spiritual impacts felt by Indigenous peoples as their Country is damaged or destroyed.

Caring for Country is central

Western environmental and scientific researchers and institutions continue to look to Indigenous Peoples’ Caring for Country practices as a potential source of information on living sustainably.

Caring for Country groups, such as rangers, have a demonstrable track record in restoring degraded landscapes, reducing the prevalence and impacts of invasive weeds, mitigating destructive bushfires, and promoting and maintaining biodiversity.

Such is the importance of Indigenous ranger groups that funding for Caring for Country programs is set to increase by $636 million. This increase in attention is expanding in line with Indigenous Protected Areas, with new regions being invested in the national reserve system.

With the commitment by the Federal Environment Minister Tanya Plibersek to increase the number and scale of protected areas to 30 percent of our landmass by 2030, Caring for Country programs are fast becoming the jewel in Australia’s conservation crown.

Indigenous groups are also an increasing presence in Australia’s scientific communities, with various universities, research, and scientific institutions, seeking to collaborate with, and learn from, Indigenous groups. For example, the recent State of the Environment report included, for the first time, a dedicated chapter on Indigenous Peoples and perspectives of Caring for Country.

Our paper quantifies this rise through analysis of peer reviewed publications, revealing the growth in Indigenous and non-Indigenous environmental collaborations over four decades.

As these collaborations become more common, we ask – On whose terms are these partnerships being developed and what is at stake for Indigenous Peoples?

There is a risk that non-Indigenous peoples, researchers, and scientific groups will seek to ‘learn from’, ‘harness’ or ‘apply’ the land and water management practices of Indigenous Peoples, while refusing to support the self-determination of groups, or remaining silent on calls for land justice and restitution. This can be read as a continuation of processes of knowledge extraction that have pervaded Indigenous and non-Indigenous interactions for centuries.

Similarly, it is disingenuous when non-Indigenous peoples leverage Indigenous cultural obligations to care for landscapes and waterways only insofar as it makes their property and livelihoods safer.

For Indigenous peoples who have been long denied the opportunity to Care for their Country, the risks of rushing into intercultural collaborations with eager research and scientific institutions are worth considering.

The risks of these collaborations include the appropriation of Indigenous knowledges, such as cultural burning which may be learnt and then applied by non-Indigenous fire agencies without ongoing partnership or recognition of what these practices mean culturally to the peoples’ that developed them.

The increasing use of GIS mapping by Indigenous groups raises concerns about the digitisation and sharing of Indigenous knowledges of land and waterscapes. Without strong data governance, Indigenous spatial information has the potential to be used in ways that undermine efforts to heal Country (through resource extraction) or to make cultural sites vulnerable (through increased tourism or malicious destruction).

Indigenous knowledges encompass marine systems, such as places and populations of maireener rainbow kelp shells or the yolla (short-tailed shearwater) in Tasmania, which are being impacted by climate change. Both species have significant meaning and functions for Palawa People; however, the data collected from these species is also compromised when it is captured and reproduced in scientific papers without agreements detailing data use, reuse, and interpretation.

In our paper we propose that Indigenous Data Sovereignty possesses both the intellectual framework and practical blueprint to ensure that Indigenous participation in intercultural environmental collaborations is safe, or at least safer.

The extension of Indigenous Data Sovereignty into environmental research and governance requires a radical rethinking of how we understand knowledge and data, as well as the rights of Indigenous Peoples to control how, when and where their environmental data is used or protected.

COP27 presents one opportunity to bring to the surface these concerns and to begin addressing them, ensuring further responses to climate change uphold the United Nations Declaration on the Rights of Indigenous Peoples, including our right to protect and maintain our information and knowledge.

The operationalisation of Indigenous Data Sovereignty is one approach to redressing the knowledge extraction that has marred environmental research to date. Only when Indigenous Peoples and groups feel that these processes are safe and sincere will meaningful progress toward climate adaptation and against environmental degradation be made.