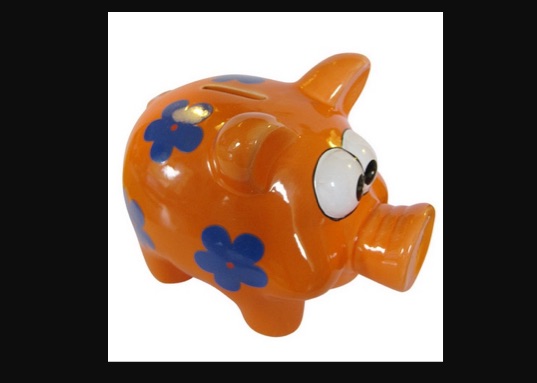 Calling for an end to private health insurance industry raids on the public piggy bank. Image credit: TaxRebate.org.uk via Flickr

It is quite remarkable that a new report from the Productivity Commission could identify public hospitals as services where “greater competition, contestability and informed user choice” could improve efficiency and effectiveness, without offering any scrutiny of the private health insurance industry.

As public health specialist Associate Professor Peter Sainsbury writes below, the private health insurance industry is crying out for reform – though perhaps not in the way he suggests.

Nor do his suggestions for addressing “a parasite on the health system and the public purse” appear to be on the agenda of the Private Health Ministerial Advisory Committee, which is scheduled to meet in Canberra this week (see minutes of previous meetings here).

Yet again, and without any apparent awareness of hypocrisy, the private health insurance industry is beginning to push and shove to get its nose further into the very lucrative trough of federal government (taxpayers’) money.

The industry asserts the advantages of private enterprise but when it starts to fail in the market place and profits are threatened, it doesn’t examine its products, customer satisfaction, usefulness to society or business model.

No, it blames rising health costs and slowing population growth, and runs to the government for financial and policy support to keep it going.

Essentially the rebate was and remains a no strings-attached gift of currently approximately $6 billion per year to private health insurers and their shareholders.

Because the rebate failed to attract more policyholders in 1999, the government introduced lifetime health cover, a 2 percent loading on top of the normal hospital premium that policy holders pay for every year beyond age 30 when they first join private health insurance.

The latest incarnation of rent-seeking by private health insurers was exposed in the business section of the Sydney Morning Herald last month: Premium rises ‘unsustainable’. Medibank warns of tipping point.

Speaking after Medibank’s annual meeting, Craig Drummond, Medibank’s chief executive, said the health insurance sector is at a ‘tipping point’ and the industry and the Federal Government must act to ensure private health cover is affordable.

“That’s why we are looking quite hopefully at regulatory change … the [Health] minister has got her advisory committee looking in the industry and we welcome that,” Mr Drummond reassured Medibank’s shareholders.

It’s also worth noting that Mr Drummond was particularly concerned that ‘healthy’ people had dropped their health insurance. No surprises there: healthy members pay their premiums and make no claims, so losing them is a revenue nightmare; losing sick people who make lots of claims carries no such concerns for health insurers.

As well as emphasising how unsustainable things are for private health insurers, Mr Drummond, previously chief financial officer at NAB, said that Medibank expects to make a profit of about $490 million this financial year.

And yet this private sector enterprise still wants the Health Minister to help them increase their profits for doing nothing except collecting and disbursing the public’s money.

One wonders why the government persists with its efforts to support the private health insurance industry when there is almost no evidence that the support is useful.

Do Canberra’s politicians and health bureaucrats not know the evidence or are they conveniently forgetting it for some reason?

If, for some reason unsupported by most of the evidence, the Government wishes to support private hospitals and private practitioners (as distinct from private health insurance companies), it would deliver itself, the public and patients a much better deal if it by-passed the useless middleman and negotiated with and paid private providers directly.

Then the Government would be able to determine the specific services it wished to purchase, the quality and location of those services and the price. It could also call for competitive tenders and contract with the best provider.

If the provider did not live up to expectations, the government could terminate the contract and look for a better one.

If the government wants all Australians to have equitable access to first-rate health care at a reasonable price, it must resist the self-serving pleadings of health insurers, require them to stand on their own ‘private’ feet, refuse to give them any more financial or non-financial helping hands, abolish the private health insurance rebate and redirect the $6 billion per year to the public health system.

• Peter Sainsbury is an Adjunct Associate Professor at the Sydney School of Public Health at the University of Sydney.

PrevPreviousSome reasons to be cheerful about the new Productivity Commission report
NextJoining the dots: how universal healthcare is being underminedNext