A tribute to Tim Moore, and his wide-ranging contributions to community health

By Melanie Walker and Scott Davis 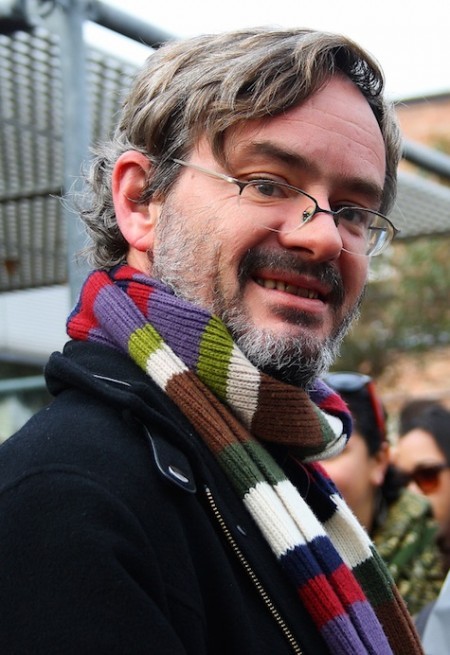 It is with great sadness that we reflect on the sudden passing of Timothy David Moore late last year.  While we are all devastated by Tim’s loss, those of us who knew him are keen to shine a light on his many professional achievements.

Tim’s contribution was wide-ranging and his work and commitment to achieving better health outcomes for marginalised and vulnerable communities was significant.  For such a young man he certainly leaves an amazing legacy.

Tim was well-known to many working in public health circles given his massive contribution to the alcohol and other drug, Indigenous health and related sectors over the years.

During the early 90s his work with the newly established NSW Users and AIDS Association influenced a great many people who went on to become the backbone of the alcohol and other drugs sector in Australia. His intellect, wisdom and commitment had a big impact on both the developing consumer movement and the broader substance use sector.

Tim was a quiet achiever – leading, advising and reasoning with others in his gentle yet persistent way.  He was always a particularly persuasive advocate for the causes he sought to advance.

In the late 90s Tim moved on to play a pivotal role in a series of ground-breaking projects with the Australian Federation of AIDS Organisations.  His work on the National Indigenous Gay and Transgender Project was particularly highly regarded and paved the way for further initiatives in this area.  Tim went on to be a linchpin in the AFAO policy team, working on a wide range of issues affecting the response to HIV/AIDS in Australia and internationally.

In the naughties Tim went on to work as Drug Policy Project Officer with the Redfern Legal Centre, collaborating with others on a range of influential publications on drug law reform and harm minimisation issues.  He also worked closely with groups such as the Australian Drug Law Reform Foundation to progress initiatives addressing issues of drug policy and related law reform in every jurisdiction in Australia.

Tim was a strong advocate for human rights and civil liberties, leading a campaign questioning the use of sniffer dogs and hard-line tactics against drug users by police and advocating against unlawful discrimination against marginalised communities.

Tim’s policy work is highly regarded and he was widely published in a range of sources from academic journals and professional publications to online forums. During his time at the Redfern Legal Centre, he also co-authored a book entitled ‘Modernising Australia’s Drug Policy’ with Alex Wodak, then Director of the Alcohol and Drug Service at St Vincent’s Hospital in Sydney.

This highly regarded book advocated a change in approach to drug policy in Australia and outlined a ten-point plan to reduce the death, disease, crime and corruption associated with current approaches to drug policy and law enforcement.

In recent times, Tim worked as Manager of Policy and Advocacy with the Victorian Aboriginal Community Controlled Health Organisation.  Tim played a critical role at VACCHO for over 10 years and is acknowledged as a catalyst for VACCHO’s continued growth and success.

Tim was a tireless campaigner against inequality and a powerful advocate for more equitable approaches to policy and funding in Aboriginal and Torres Strait Islander health.  His work on addressing the social determinants of health and support for those working on the frontline of service delivery will long be remembered by those working in the Aboriginal and Torres Strait Islander health sector.

We will miss Tim’s intellect, his compassion, his commitment and most of all his friendship.  Our lives are so much richer for having known him.  We love you Tim.

PrevPreviousA call for medicine to stop devouring its young
NextSeven years on from the Apology and how is the healing going?Next