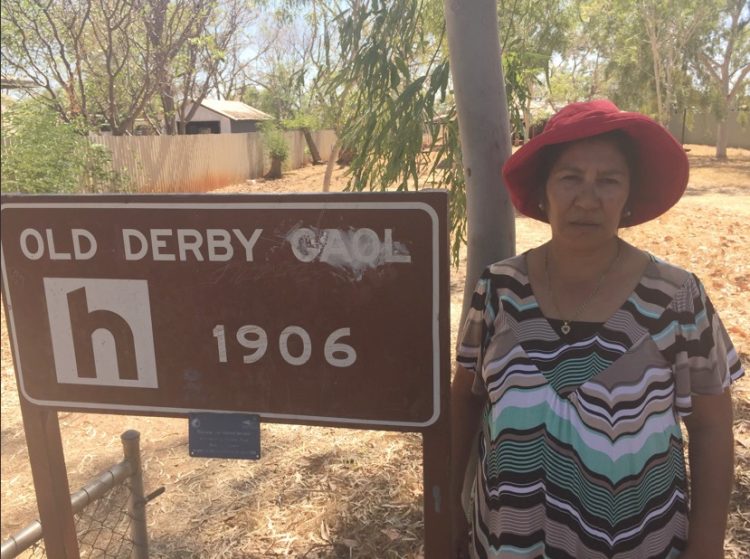 Kathleen Musulin: "I can still feel the horror of the place."

***Caution to Aboriginal and Torres Strait Islander readers: This post contains images and details of people who have passed away, and of traumatic history ***

A visit to the Old Derby Gaol in Western Australia gives harsh insights into how the criminalisation and incarceration of Aboriginal people have been such a central strategy of colonisation, from its earliest days.

Kathleen Musulin, a Malgana and Yawuru woman, describes her deeply distressing visit to the gaol, a National Trust registered site, in the article below for Croakey’s #JustJustice project.

The gaol, which operated from 1906 to 1975, was designed for 30 people but at times held more than 100 Aboriginal people, chained and crowded in the most appalling conditions, in open-air cells, each about the size of a suburban garage.

Below her article are extracts from the Roth Royal Commission of 1904, revealing the harsh treatment of Aboriginal prisoners and the links between incarceration and dispossession.

It is more than a year since I visited the Old Derby Gaol site for the first time, but I can still feel the horror of the place, and how overcome I was by sadness and grief.

There is a very powerful historical display that tells visitors something of the history of this gaol and, most importantly, includes some of the stories and memories of Aboriginal people. 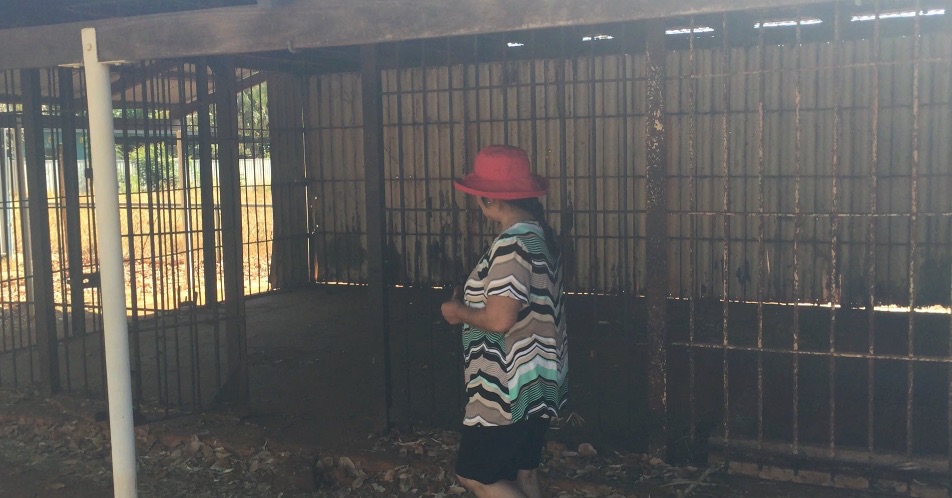 Men, women and children were held here, on their way to other gaols and institutions. The cells were meant to provide only temporary accommodation, but sometimes people were chained here for months at a time.

These cells don’t even have proper walls. Iron bars provided the only “protection” from the elements.

The most common reason for incarceration in those days was for “cattle killing” – as people fought for survival as pastoral expansion stole their country and degraded their food and water.

Many people ended up in this place, on their way to other gaols, because they were hunting for the survival of their families and communities on the land that was being stolen from them.

On the display is a list of the names of more than 100 Aboriginal people who were sentenced to two or three years with hard labour in 1907-1908 for being “in possession of stolen beef”.

In 1907, there were up to 61 people detained here at any one time; the display says the cell was designed for 30 people but to my mind not even one person should ever have been held in such conditions.

I stood and looked at the photo of several men, the chains looped around their necks, tying them together, and read these words:

In memory of the men, women and children, who passed through this place, from the beginning in 1906 to the end in 1975, for one or two nights or even six months, waiting for their trial or to be a witness or just waiting.

This photo is not just a group of unnamed Aboriginal prisoners in chains, these are men with names and families, our fathers and grandfathers.”

It was impossible not to choke up reading some of the stories on the plaque, in the words of Aboriginal people:

…The feeling of the place for us, Aboriginal people, is very strong, very sad. It makes me shiver to walk through. Imagine the past!!

…To think of the figures lying in here, sitting down, so frustrating. Why were we treated like this? Not only to be taken away from their home and put in the cell but not knowing that they were going to be shipped off and taken further away from their families…

People’s spirits are roaming still after dying away from their country.
…Cold times, the wind would blow the rain inside and they’d be huddled together in a corner just to keep themselves warm. That’s how we lost a lot of people through prisons like this…

…Go back in the beginning when people didn’t know why they were having chains around them in the first place. They didn’t understand. They were probably wondering what’s happening? Why are they doing these things?”

As I read more from the display, I lost my power to speak. I couldn’t find the words to describe how upsetting it was. This is what the display said:

Prisoners were held by neck chains, which were secured by handcuffs to the ring bolts in the floor. They slept on the concrete and in winter sometimes had only a single blanket to protect them from the chill of the floor and the wind.

Clothing and blankets were never cleaned and the cells lacked any form of sanitation. This caused a serious health threat. An influenza epidemic that claimed the life of one prisoner in 1908 prompted an inquiry into living conditions. No improvements were made.

In 1926 the overnight sanitary facilities comprised a covered pan for ‘nightsoil’ and guttering that lead to outside urinal buckets. In 1950 a storm blew the roof off the Gaol, which finally prompted structural and sanitary improvements for the prisoners.”

These are the memories of someone who spent a night in the gaol in the late 1960s:

“There was a drum in the corner for the toilet area blocked off by a blanket. You just tried to jump over to get to the toilet and there were bodies there. No mattress. I remember the smell and stuff you know. I remember bodies were everywhere on the floor.”

I was horrified when I read the gaol did not close until 1975. In that year, I was in grade five at school.

It just shows how close this horrific history is to our present. It just shows that if you want to understand the reasons for the over-incarceration of Aboriginal people today, you don’t need to look too far back into the past to see where this problem began.

Visiting this place has left a lasting impression on me. It really brings home the message that gaol should be the very last resort.

Too many of our young people are being locked up for driving offences or for not paying fines, and for other things that should not result in a gaol sentence. Just like those old people should not have been locked up, for the “crime” of trying to feed their families at such a traumatic time.

There has to be another way. We have to stop this history being repeated, and repeated. We have to work with people and communities, rather than building more and more prisons. 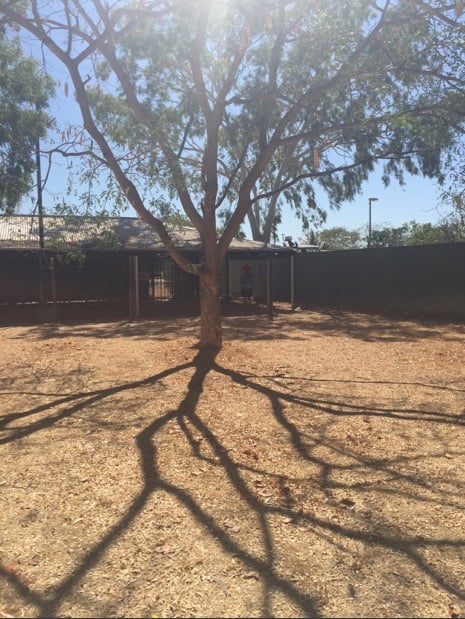 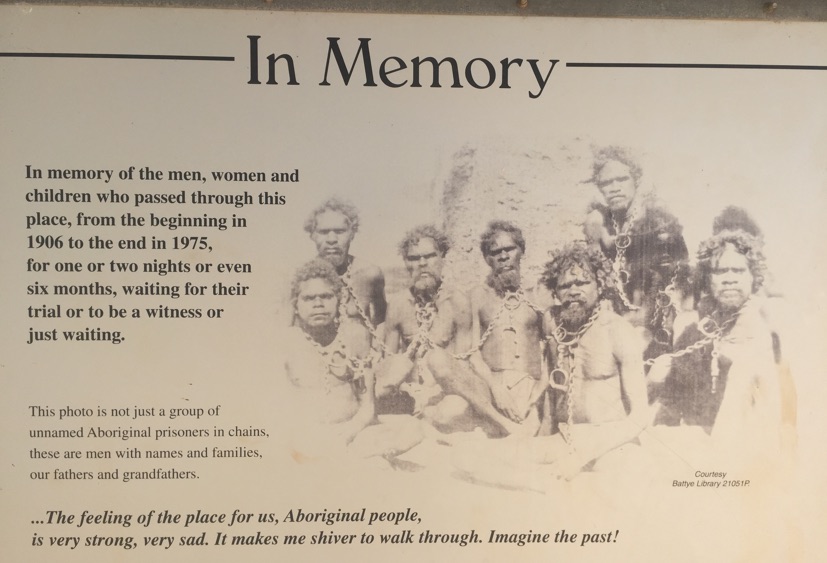 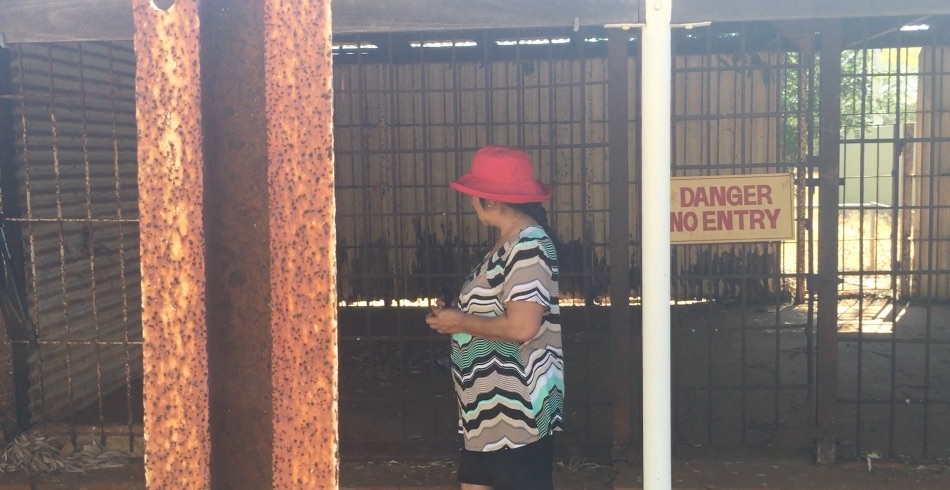 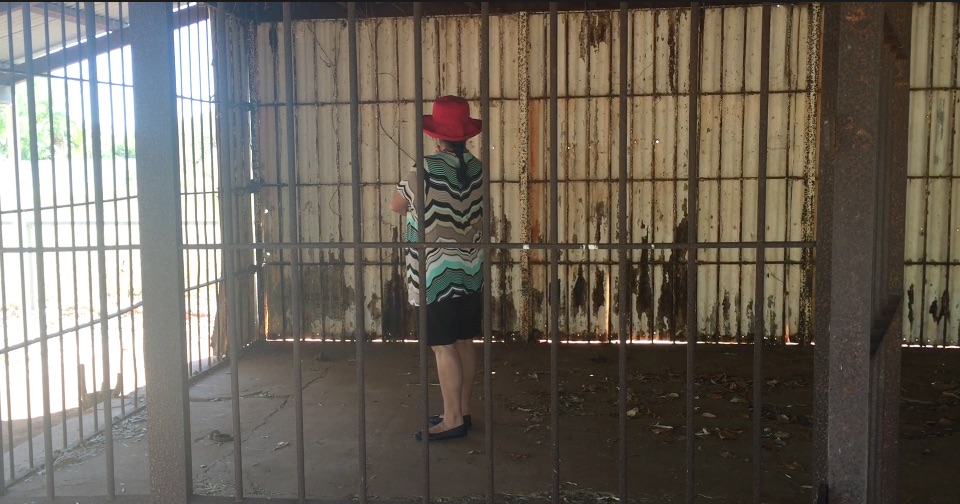 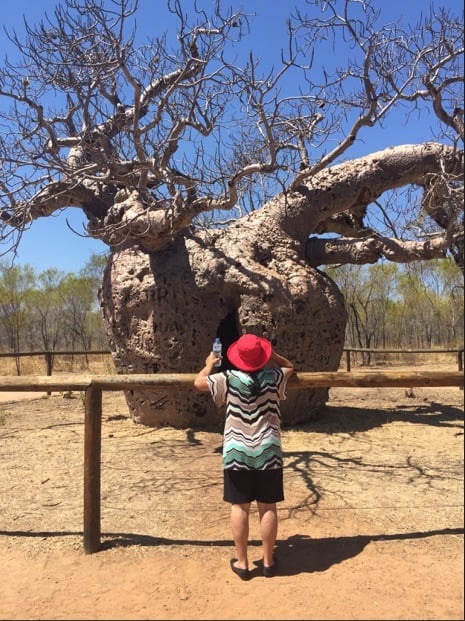 In August 1904, Dr Walter Edmund Roth was appointed Royal Commissioner to inquire into the condition of the “natives” in WA, and his report gives chilling insights into the experiences of Aboriginal people at the hands of police and the “justice” system.

Roth visited gaols at Carnarvon, Broome, Wyndham and Roebourne. There were about 300 Aboriginal people in WA gaols at the time. He was told they were neck-chained from the day they arrived until they left (except in times of sickness), sometimes for more than two or three years. The prisoners also worked in neck chains on the roads at Broome, Carnarvon, Roebourne, and Wyndham. The neck chains ranged in weight from 2 to almost 6 lbs.

His report, “Royal Commission on the Condition of the Natives”, dated 29 December 1904, records that he heard evidence of: