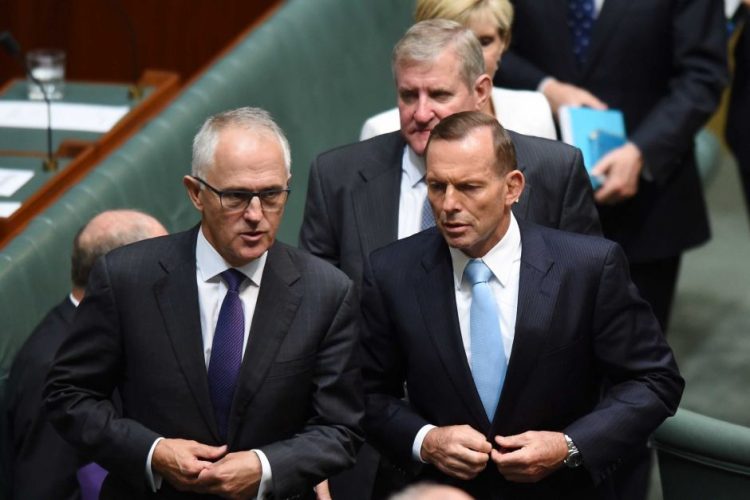 Professor of Political Science and Age columnist Dr Sally Young has described Tony Abbott’s regime as the “worst government in history” and criticised the former PM for being “ineffective, unpopular” with “no coherent policy program [and] a lame legislative record.”

Many in the health sector would agree with this analysis. Even those sympathetic to Abbott would have to concede that in the health portfolio his Government achieved very little in the two years since his election in 2013.

The first year of Abbott’s leadership was characterised by his scorched earth approach to the reforms of the Rudd/Gillard era. Policies were reversed, agencies closed down and funding programs terminated without any attempt to preserve the gains made under Labor and without giving the health sector and the general public any sense of his alternative vision for the health system.

Then the fragile ‘entente cordiale’ with the states and territories, developed under Labor, was swept aside in the 2014-15 Budget which ripped billions out of the public hospital system. This destroyed any chance Abbott’s government had of addressing health issues requiring a coordinated response across federal and state boundaries (which is to say most of them).

Time, energy and political capital was wasted on pursuing a poorly conceived proposal to charge a co-payment for GP visits, long after the idea had been comprehensively rejected by consumers, the medical profession and any health economist not on the payroll of a Liberal Party thinktank.

Key areas such as Indigenous health, dental care and preventive health were virtually ignored, despite their critical importance to addressing growing health inequities in the community.

In the twilight days of Abbott’s leadership, his government did appear to find some focus and identify some key issues for action: improving the value and targeting of MBS funding; developing a fifth national mental health plan; and reviewing the regulation of medicines and medical devices.

Overall, the Abbott Government failed to either progress the reforms initiated under Labor or to articulate and implement an alternative vision of its own. Perhaps this may not constitute (as Professor Young argues) the worst government in history, but it’s hard to think of any other Australian Government of recent years that has been quite as ineffective in the health portfolio.

However, curiously, this assessment of Abbott’s tenure as Prime Minister does not appear to have affected the person he appointed mid-way through his term to be responsible for the health portfolio. For someone who was part of such a poorly regarded government, Sussan Ley is a surprisingly popular health minister.

“…it is encouraging to see ministers like Ley, Scullion and Nash holding their portfolio responsibilities.  All three have engaged with myself and colleagues to develop advancement in Indigenous health and particularly mental health, suicide prevention and social and emotional well being.”

Michael Moore, CEO of the Public Health Association of Australia

“Minister Ley has had an open door policy and we look forward to continuing engaging with her.”

Professor Lesley Barclay, former chair of the National Rural Health Alliance, and a professor of rural health, the University of Sydney

“The NRHA have just met with Minister Ley and Nash, and we were extraordinarily impressed with their responsiveness. Nash also met with the university department of rural health. Their concern and their listening are outstanding.”

“Sussan Ley has been successful as health minister and retaining her, especially in the middle of reviews of PBS and MBS and primary care, makes excellent sense.  She has been consultative, responsive and thoughtful.”

These comments reflect the views of Ley and Nash held by stakeholders across the spectrum of the health system. Both women are generally seen as consultative and committed, with a good understanding of the main policy issues in the health portfolio. During their time in these roles they have worked hard to develop positive relationships with key interest groups and are perceived to have a genuine commitment to health issues. This contrasts starkly to their predecessor, Peter Dutton, who had a reputation for being inaccessible and, when he did engage with the health sector, always gave the impression that he saw health as simply a whistle stop on his journey to one of the bigger ticket portfolios of finance, defence and treasury.

However, this overwhelmingly positive view of Ley, Nash and incoming Assistant Health Minister Ken Wyatt will count for little when it comes to dealing with the most significant challenges facing the health sector.

There may have been an era in which the Minister for Health was given both the financial and the political licence to address the important issues in the portfolio. If so, this era has indisputably ended.

Perhaps this is because the ‘low hanging fruit’ of single issue, discrete and easily solvable problems in the heath portfolio have all been harvested.   Or perhaps it is due to the nature of our current health challenges, e.g. the prevention and management of chronic disease, inequity of access to healthcare in the community and the coordination of care across the aged, community care and health sectors, all of which require at least as much action outside of the health portfolio as they do within it.

Whatever the reason(s), there are few pressing issues within the health sector today that can be dealt with effectively by the responsible Minister with a modest budget allocation and an ability to talk to both health stakeholders and bureaucrats.

These days the major challenges facing our health system increasingly require actions which have financial and/or political implications that lie outside the health portfolio. In response, Prime Ministers and their Cabinets (of all political persuasions) have taken decision–making powers away from Health Ministers and centralised them within the Cabinet process, where health issues compete with others for political and budgetary attention. The change in approvals process for medicines on the PBS is a key example. Once solely under the authority of the Health Minister, now anything costing over $5 million has to go to the Department of Finance and Administration for approval and anything costing over $20 million has to go through Cabinet).

This means that the role of the Minister for Health today is more like a warm-up act and cheerleader for those who really run the political agenda: the Prime Minister and his/her advisers, the Treasurer and Finance Ministers (and advisers), the central agencies of Prime Minister and Cabinet, Treasury and Finance and the governing party’s pollsters, media advisers and campaign strategists.

Collectively these people have a much greater influence over the future of our health system than do the actual health ministers by determining the broad policy agenda and funding priorities of the government, taking into account a range of non-health factors, including polling and focus group data, broader electoral strategies, the media climate, global financial environment and domestic economic policies.

This means that policy proposals to improve the functioning of the health system will be considered through a political and short-term budgetary lens, rather than on the basis of their long term impact on the health of the community.

Any proposal which requires either substantial injections of funds, the support and active collaboration of state governments and/or the political risk of taking on the vested interests of powerful stakeholder groups, will immediately be relegated to a second tier priority within the government’s broader electoral strategy.

For example, repairing relationships with the states will be critical for progressing policies in many crucial areas of health care. However, this will be subject to Turnbull’s overall approach to federalism, his strategy for his first federal budget and any future plans for changes to the GST.

Dealing with almost any problem in primary health care will require moving away from the current fee-for-service funding system to one which supports – rather than obstructs – coordinated, preventive and multi-disciplinary care. However, this will require taking on the media machine of the AMA which has a history of opposing sensible reforms within the primary health care sector due to concerns about their implications for specialists.

Similarly, making much needed changes to Australia’s 19th century approach to role delineation within the medical and health professions will require a battle with both the AMA and other conservative and powerful medical interest groups, as would reducing Medicare rebates for low value services and addressing clinical variation across the country.

Bringing pharmaceutical prices in line with those paid by consumers in the UK or New Zealand, will mean alienating the pharmaceutical sector; retiring obsolete protectionist and anti-competitive restrictions on pharmacy location and ownership will require winning the public relations war against Australia’s 5 000+ community pharmacists and their high profile peak body, the Pharmacy Guild.

Reducing the inefficient and ineffective $6 billion subsidy provided to private health insurance each year would have to involve some degree of means testing the rebate and with negative gearing, superannuation concessions and other tax changes affecting high income earners already on the agenda, Turnbull is unlikely to want to add more uncertainty into the mix.

The way in which Turnbull came to power and the timing of the leadership challenge within the political cycle also need to be taken into account. In the short term, Turnbull will be focussed on delivering a ‘responsible’ (read low spending) Federal Budget next May and subsequently on gaining a mandate in his own right at the next federal election. If he is successful in winning a second term for the Coalition, he will then have the opportunity to take some more risks with policy and funding measures and to take a broader and more long-term view on health policies.

For the health sector, this means that we need to look beyond individual health ministers to focus on influencing the broader political agenda. Ministers Ley, Nash and Wyatt may be sympathetic, knowledgeable and genuinely committed to the issues, and still not achieve anything substantial in the health portfolio during their terms in office.

If we want more from our Ministers than just cosy meetings, a sympathetic ear and heartfelt presentations at our conferences, we will need to demand more from the Turnbull Government. This means actively working across the whole of government to influence, not just the portfolio holders, but also the political and Budgetary decision makers and those who shape public opinion.

Suggestions and strategies for achieving this aim will be outlined in Part 2 of this article.

As the Victorian election demonstrates, we need to shift the focus of health investment, policy and politics