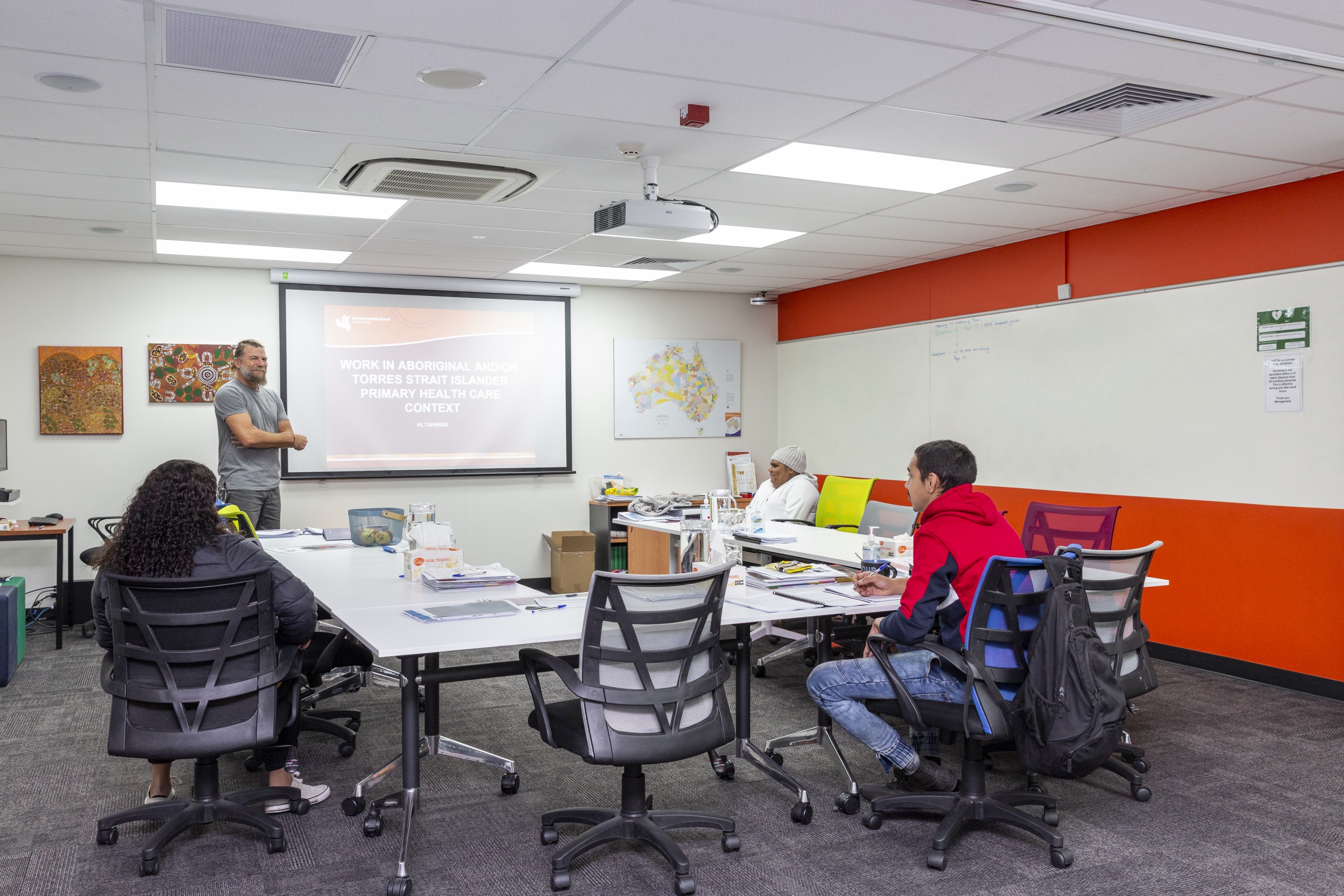 Introduction by Croakey: The peak body for Aboriginal community controlled health in South Australia is faced with the decision to close their Registered Training Organisation as a result of insufficient funding, according to a statement by the Aboriginal Health Council of South Australia.

“Inadequate funding will decimate the community-controlled RTO sector, which means that Aboriginal and Torres Strait Islander people will not be able to access quality vocational education and training to support their communities, workforce opportunities will be lost and the ripple effect of this closure will be devastating,” AHCSA CEO Shane Mohor said.

The lack of Government funding is at odds with today’s announcement by the Federal Government to invest $52.9 million over five years to deliver 500 new First Nations health workers, according to AHCSA – although they acknowledge this commitment is welcome.

Other outcomes from the eighth meeting today of the Joint Council on Closing the Gap can be seen here, including the three newest locations for place-based partnerships of Tamworth (NSW), Doomadgee (QLD) and East Kimberley (WA), as well as the news that the western suburbs of Adelaide will be a new community data project location.

Meanwhile, an Aboriginal and Torres Strait Islander Health Roundtable, which the nation’s Health Ministers initially announced for Alice Springs in September, is now expected to be held in Adelaide in October.

The full statement by the Aboriginal Health Council of SA is published in below.

The Aboriginal Health Council of South Australia (AHCSA) has not been able to secure the adequate funding from the South Australian Government required to keep their Registered Training Organisation (RTO), which has delivered training to Aboriginal and Torres Strait Islander people in South Australia for the last four decades, in operation.

AHCSA’s Board of Directors are now faced with the difficult decision to close the RTO, as a result of recent unsuccessful advocacy meetings with members of the current South Australian Government including Chris Picton, Minister for Health and Wellbeing, Blair Boyer, Minister for Education, Training and Skills and Kyam Maher, Minister for Aboriginal Affairs.

The AHCSA RTO was funded by the Commonwealth Government until 2020, when AHCSA was advised no further funding would be available for RTO operational costs.

In response, AHCSA’s CEO Shane Mohor and RTO Manager Annie-Rose Thurnwald have been advocating to the Senior Commonwealth Government staff and then the South Australian Government for funding instead.

“Aboriginal Community Controlled RTOs (ACCRTO) are essential to ensuring Aboriginal and Torres Strait Islander people have a culturally appropriate training option, which is critical to building a strong, skilled workforce for ACCHOs and the broader health sector,” Mohor said.

“Inadequate funding will decimate the community-controlled RTO sector, which means that Aboriginal and Torres Strait Islander people will not be able to access quality vocational education and training to support their communities, workforce opportunities will be lost and the ripple effect of this closure will be devastating.”

The announcement comes as the Albanese Labor Federal Government today pledged to deliver 500 new First Nations health workers, create jobs for First Nations people, expand local services and support Indigenous trainees to become accredited in delivering culturally appropriate health services to communities, with training to be delivered as close to home for students or on Country.

Despite this announcement being made, Mohor says that his organisation (which is the largest provider of Aboriginal Health Worker training in South Australia) has not been engaged at all by the Department, the Coalition of Peaks or any other decision maker, and that no funding has been offered.

“The announcement today by Minister Burney is, of course, welcomed, but as the preeminent ACCRTO in South Australia, we would have expected at least some engagement around this. In light of this uncertainty, we’ve had no option but to announce the closure of the RTO,” Mohor said.

“The decision could, of course, be reversed, but only if appropriate and sustained funding is provided.”

The AHCSA RTO has historically been a high performing, highly regarded service, with a completion rate significantly in excess of national averages.

The failure of funding is likely to place further strain on a workforce already stretched by the COVID-19 pandemic, which disproportionately impacted health service providers in rural and remote settings.

AHCSA’s RTO provided Aboriginal students with specialised skills to work for their communities on Country, providing equal emphasis on clinical knowledge and advocacy for themselves and their clients against systemic and entrenched racism experienced in the mainstream health sector.

Continued funding for the AHCSA RTO would have contributed to upskilling and enabling Aboriginal and Torres Strait Islander health professionals to appropriately support their communities on the front line and contribute to alleviating the pressure on the health care system.

“Without professional, appropriately trained staff who want to live and work on Country, the lives our community members will be put at risk. It’s as simple as that. The decision not to fund AHCSA’s RTO will mean that we won’t have trained health workers and then we are in breach of our contracts,” Larkins said.

ACCRTOs have invested significant resources in designing and developing vocational training models with success rates that speak for themselves.

As experts in this intersection of Aboriginal health and education sectors, ACCRTOs are equipped and committed to delivering this service to support the governments promise.

The inadequate funding support from both the South Australian and Commonwealth Government is not commensurate with the funding provided elsewhere in the TAFE sector, which is not equipped to provide culturally appropriate or accessible learning environments for Aboriginal and Torres Strait Islander students.

AHCSA has called on the South Australian and Commonwealth Governments to reconsider their position on the funding allocation and to assist in fixing the shortfalls of the previous Liberal Government, which have severely impacted the Aboriginal Community Controlled Health Sector.