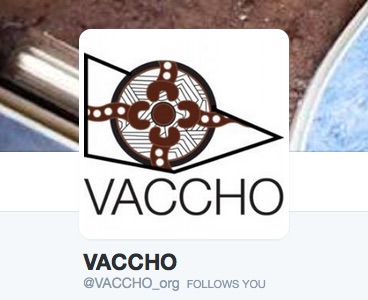 The Victorian Aboriginal Community Controlled Health Organisation (VACCHO) has urged Labor and the Independents to block some of the health cuts announced in the Mid-Year Economic and Fiscal Outlook (MYEFO) this week.

Below are statements from VACCHO and the Royal Australian and New Zealand College of Radiologists (RANZCR) about the cuts (as previously outlined at Croakey).

VACCHO is disappointed by the Turnbull Government’s slashing of $2.1 billion from the health system, including cutting Medicare bulk billing incentives for diagnostic and pathology services, announced in the Mid-Year Economic Fiscal Outlook (MYEFO).

Health costs are already a significant barrier to Aboriginal and/or Torres Strait Islander peoples’ access to primary health care. Cutting the incentive payment for bulk billing of diagnostic imaging as of July 2016 could lead to passing the costs on to patients. The proposed cuts will increase health inequality.

VACCHO still stands by its position that proposed co-payments for GP visits and out of hospital pathology and radiology are bad public health policy and threaten universal health care.

Jill Gallagher AO, CEO VACCHO, strongly supports statements made by the President of The Royal College of Pathologists of Australasia (RCPA) and CEO, Pathology Australia (PA).

“…these cuts will disenfranchise a segment of the population and lead to increased non-compliance with their doctor’s requests for pathology testing due to the requirement of a co-payment… including: delaying the effective early diagnosis of cancer leading to premature deaths; compromising the effective treatment of diabetes and chronic diseases; and threatening the services of rural pathology” (Dr Michael Harrison RCPA).

“Pathology is an essential medical service in the health care system. Some 70% of medical decisions and 100% of cancer diagnosis rely on pathology tests” (Liesel Wett PA).

Aboriginal people in Victoria have evidenced lower participation in cancer screening and have greater mortality rates associated with diagnoses occurring at more advanced disease stage. This will cause problems around timely access to treatment, increased burden on the acute sector and a blow out of costs in the health system.

This will further disadvantage Aboriginal peoples, who on average have lower incomes and poorer health status, lower levels of access to primary health care and poorer health outcomes once they enter the health system, than non-Indigenous Australians.

Anything that reduces access to primary health care is counterproductive and contradicts the bipartisan commitment to Closing the Gap in Indigenous life expectancy.

AMA are calling it the “co-payment by stealth” as these measures continue the assault on Australia’s universal health care system that began in 2014 with a 24 month extension of the freeze on Medicare rebates after the Abbott Government lost their battle to introduce a GP co-payment.

The proposed cuts are bad for the health system as a whole. VACCHO urges Labor and the Independents to block these measures in the Senate.

The Royal Australian and New Zealand College of Radiologists (RANZCR) has expressed concern over the Federal Government’s plan to cut bulk billing for diagnostic imaging and Magnetic Resonance Imaging (MRI) services, as well as the cessation of the Better Access to Radiation Oncology Programme.

The Federal Government’s proposed $650 million cut over four years to Medicare means that in diagnostic imaging, bulk billing incentives will no longer apply to non-concession card holders over the age of sixteen. Moreover, the bulk billing incentive for Magnetic Resonance Imaging (MRI) services will be reduced from 15 to 10 per cent of the Medicare Benefits Schedule fee.

“The proposed changes today are a poor outcome for patients. Diagnostic imaging and MRI are essential medical services, and particularly so for cancer patients.
“Access for patients is of primary concern. These cuts will reduce the number of imaging providers who are able to offer bulk billing and increase the healthcare cost for patients who will have to pay the full amount for their services out of pocket up front and await reimbursement,” according to incoming RANZCR President, Dr Gregory Slater.

“RANZCR has committed to the Medicare review and other government reform processes in good faith, but the lack of consultation with medical and health organisations about the extent and nature of these cuts is a breach of trust.”

“These proposed cuts have not been exercised in the spirit of collaboration, nor are they evidence based. The data to support these changes have not been made available to us. RANZCR is keen for a review with consultation,” Dr Gregory Slater said.

The changes to diagnostic imaging, MRI services will be effective from 1 July 2016, while the Better Access to Radiation Oncology Programme will cease in 2016-2017.

  Bulk billing incentives will now only be paid to providers for concessional patients, such as pensioners and children under 16.

  The MRI incentive paid to providers for bulk billing concessional patients and children will be reduced from 100 per cent of the Medicare fee to 95 per cent to line up with the current arrangements for other diagnostic imaging services.

When existing funding arrangements under the Better Access to Radiation Oncology Programme expire in the 2016/17 financial year, saving $26 million from uncommitted funds, two initiatives will cease:

  Commonwealth funding for the Australian Clinical Dosimetry Service (ACDS), which audits the doses of radiation cancer patients receive, to ensure they are accurate and safe. For this essential service to continue beyond 2016-17, it would need to move to a user pays funding model.

  The Training, Education and Assessment Program (TEAP) which enables physicists to achieve the required skills and knowledge to become certified in medical physics. Radiation Oncology Medical Physicists are responsible for creating, implementing and monitoring the procedures which allow safe and quality imaging and treatment of cancer patients. There is already a dire shortage of medical physicists in Australia.

PrevPreviousHealth and medical companies: Paying their fair share of tax?
NextCalling for greater involvement of consumers and carers in mental health reformNext