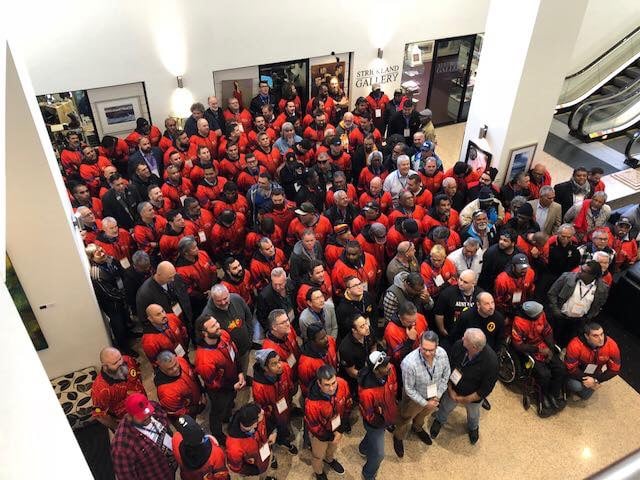 Trevor Pearce, Acting CEO of the Victorian Aboriginal Community Health Organisation (VACCHO), explains below why the generosity of spirit revealed in the discussions moved him to tears.

Beneath his article is a selection of tweets from #OchreDay2018.

I’ve just returned from my first NACCHO Ochre Day Men’s Health Conference in Hobart, and it was so deadly, it most definitely won’t be my last.

It’s not just about the aesthetics of painting white ochre on to our skin, there are strong cultural elements to the ceremony and identity. Ochre Day is a gathering of Aboriginal men for sharing ideas of best practice and increasing access to better outcomes for Aboriginal and Torres Strait Islander men for us to deal with family violence, and with spiritual healing, as Aboriginal men.

I was privileged to attend this conference with all the male Aboriginal staff members from VACCHO, who represented a diversity of ages and backgrounds. They work at VACCHO in areas including cultural safety, mental health, policy, sexual health and bloodborne viruses, telehealth, and alcohol and other drugs. It was a great bonding experience for us, and fantastic to be part of this national conversation.

Aboriginal men die much younger than Aboriginal women, and we die an awful lot younger than the non-Aboriginal population. We have the highest suicide rates in the world, and suffer chronic disease at high rates too.

We walk and live with poor health every day, and much of this is down to the symptoms that colonisation has brought us. We didn’t have these high rates of illness and suicide pre-colonisation, when we had strength in our culture, walked on our traditional homeland estates and we all spoke our languages. And we certainly didn’t have incarceration before contact.

The Ochre Day Conference covered all aspects of health and wellbeing for Aboriginal men; physical, mental, social and emotional wellbeing. It was about our need to reclaim our rightful place and cultural footprint on the Australian landscape.

It is a basic human right to be healthy and have good wellbeing, as is our right to embrace our culture. Improving our health is not just about the absence of disease, it’s about developing our connection to Country, our connection to family, and feeling positive about ourselves.

This position of reclamation of our right place within Australia society is critical given the current political landscape, and the challenges that Aboriginal people face. Victoria has an election in November, and a national election to come soon too. As Aboriginal people we know that race relations will be a tool used against us, and our lives will often be portrayed from the deficit point of view that will focus on what’s wrong with us.

In light of the above, it was good to hear about all the positive things Aboriginal men are doing across the country to help their families and communities, from the grassroots to the national level.

Rightfully, we talked a lot about mental health issues. There was a lot of personal sharing; men talking about their own issues; men who had attempted suicide speaking openly about it. There were survivors of abuse, of family violence. For any man, Aboriginal or non-Aboriginal, these are big things to get up and talk about.

I was so impressed and moved by what these Aboriginal men had to share. There was such generosity of spirit from these men in sharing their stories, and I’m not ashamed to say some of these brought me to tears.

For so many of the men at Ochre Day, healing had come about through being better connected to their culture and understanding, and knowing who they are as Aboriginal men. Culture is what brought them back from the brink.

We’ve long known culture is a protective factor for our people, but hearing so many men in one place discuss how culture literally saved their lives really brought that fact home.

It made me even more conscious of how important it is that we focus on the wellbeing side of Aboriginal health. If we’re really serious about Closing the Gap, we need to fund male wellbeing workers in our Aboriginal Community Controlled Organisations.

In Victoria, the life expectancy of an Aboriginal male is 10 years less than a non-Aboriginal male. Closing the Gap requires a holistic, strength- based response. As one of the fellas said, “you don’t need a university degree to Close the Gap, you just need to listen to our mob”.

I look forward to next year’s Ochre Day being hosted on Victorian country, and for VACCHO being even more involved. 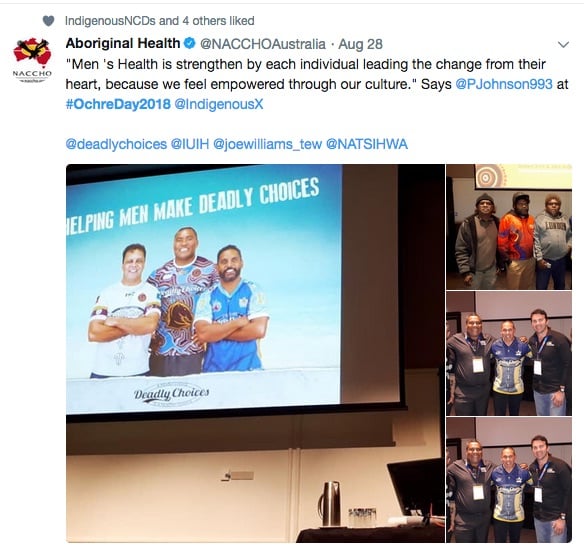 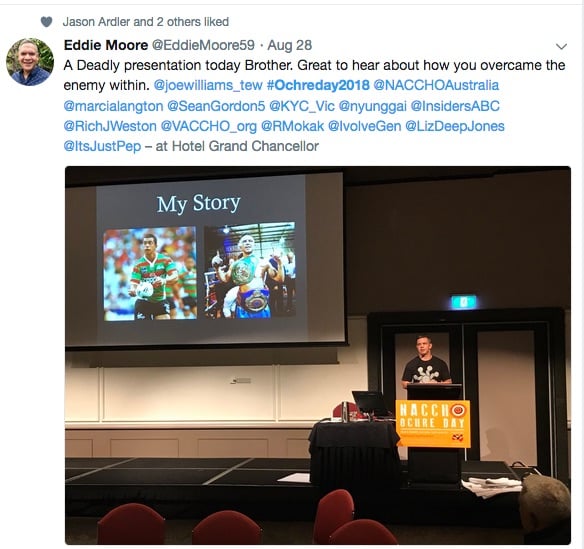 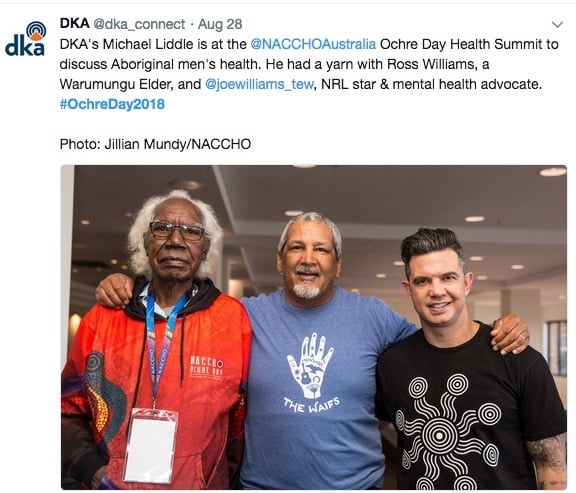 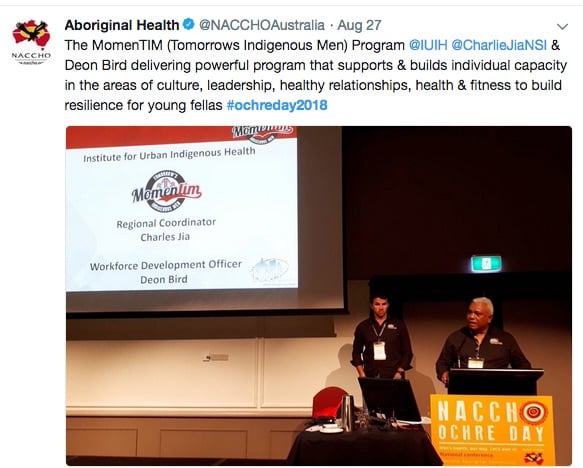 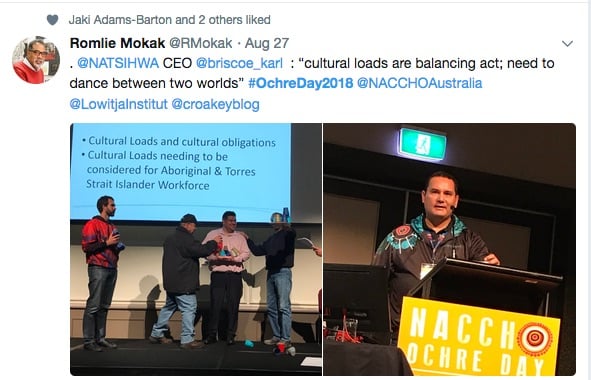 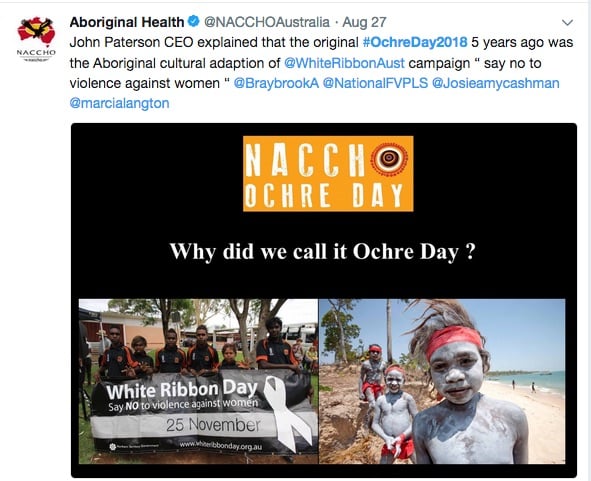 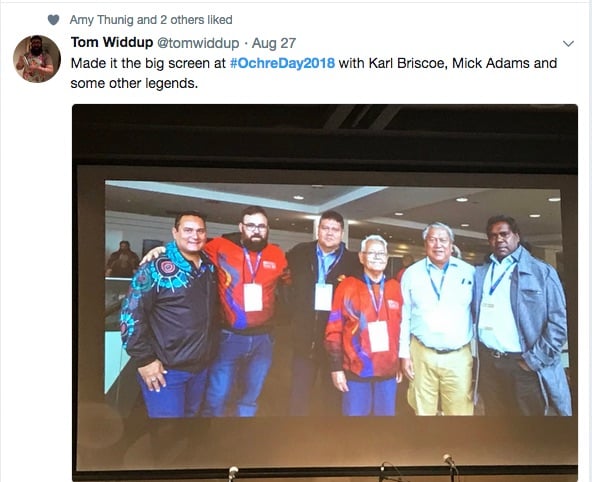 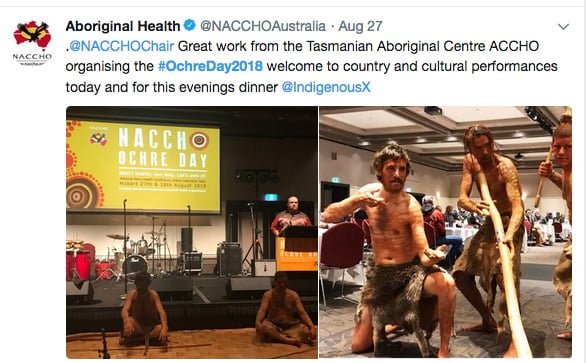 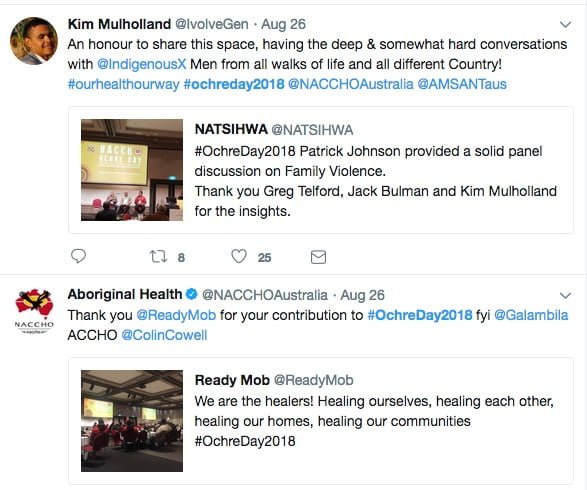 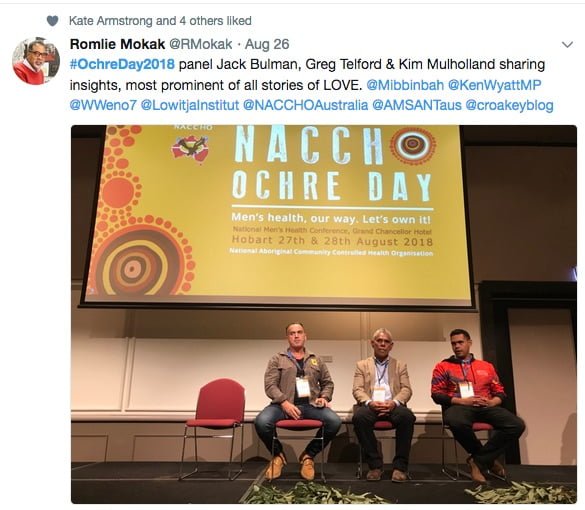 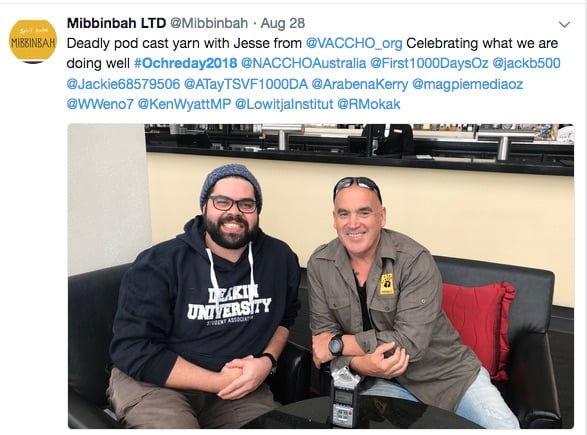 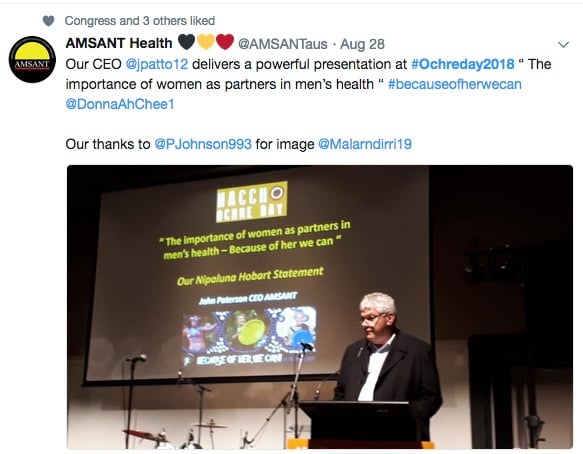