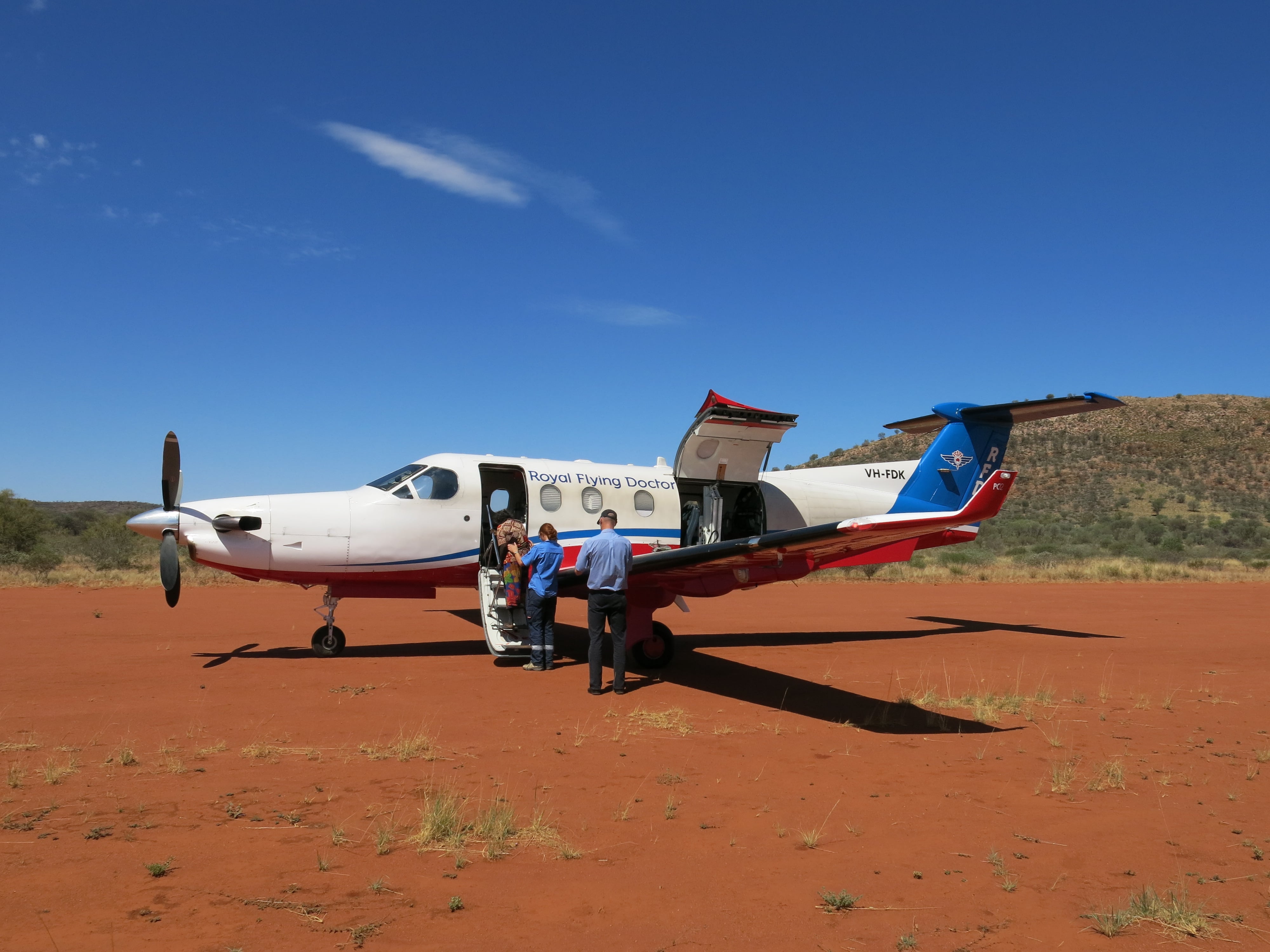 Access to doctors and specialists, addressing mental health, and drug and alcohol issues are key priorities for Australia’s rural populations, according to a new survey by the Royal Flying Doctor Service.

One third of those surveyed in an RFDS poll of 450 rural and remote Australians reported that access to health was a major issue, with a similar proportion nominating it as their number one priority for greater funding.

Some of the key priorities identified in the #BushNeeds report:

On health spending, 32.% said greater health access should be a funding priority for governments, 14.6% nominated mental health and 8.6% called for more money on prevention. 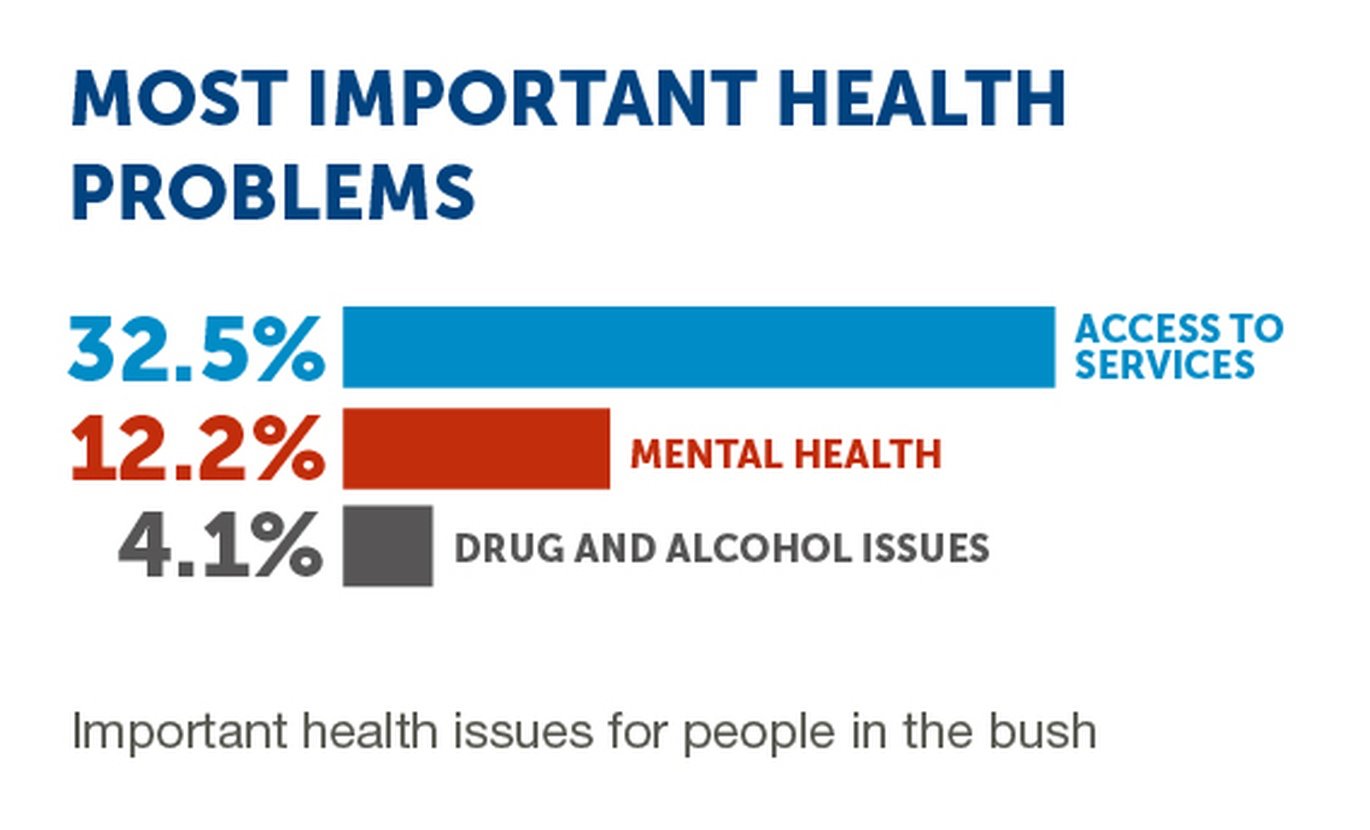 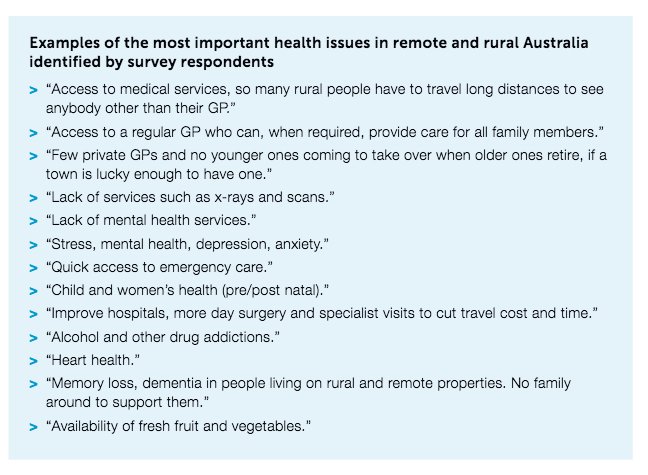 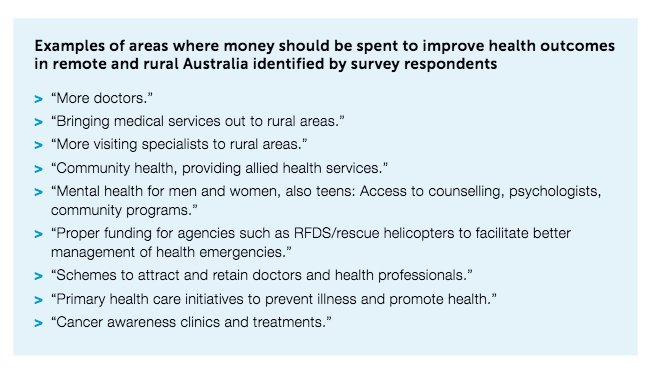 One-third of those surveyed travelled anywhere up to five hours to see a doctor in a non-emergency, with 4% facing a journey greater than five hours. In an emergency, more than half (58.3%) were able to see a doctor within four hours; others waited anywhere from same-day service to six days or more for treatment. 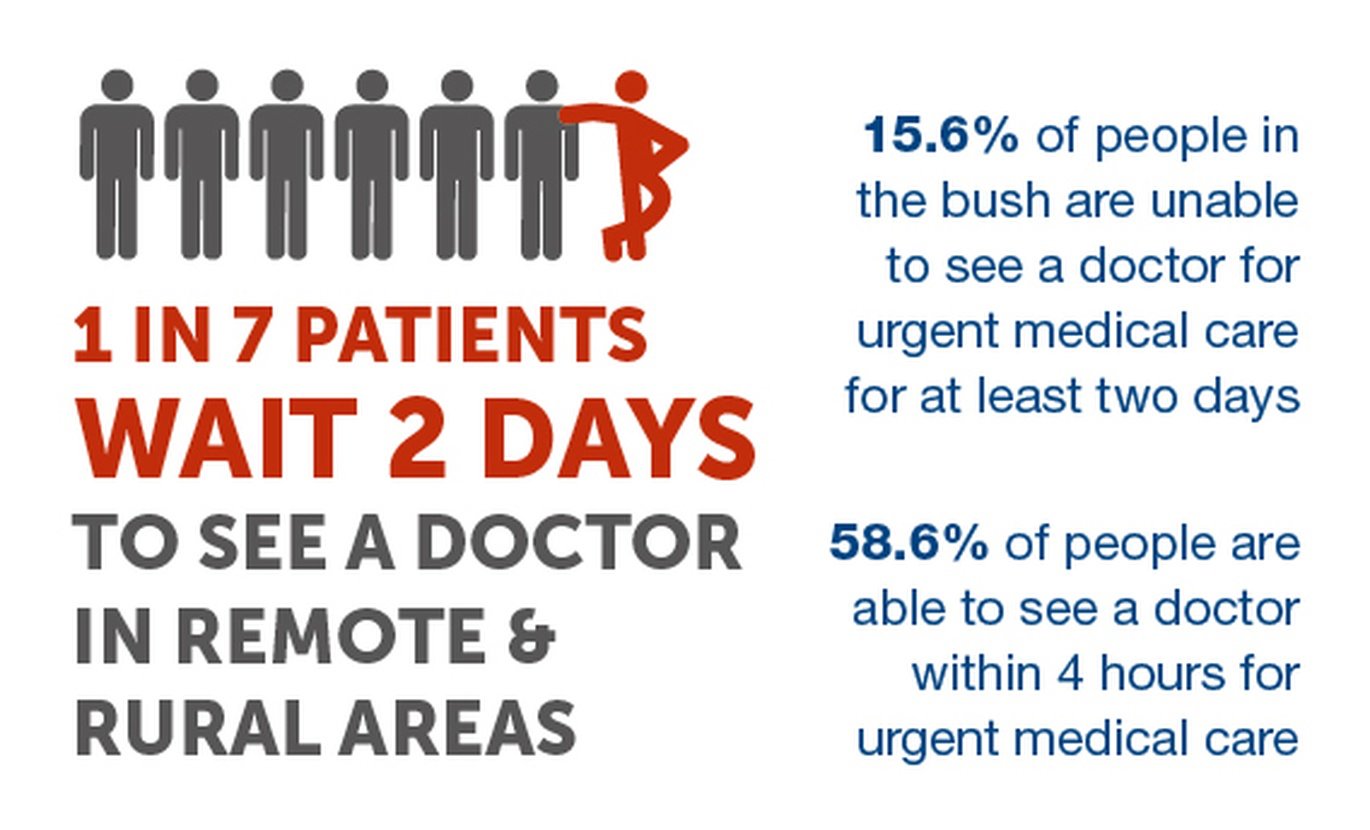 The survey, which was a collaboration with the National Farmers Federation and Country Women’s Association of Australia, revealed important disparities and priorities, particularly in the area of mental health, said RFDS CEO Martin Laverty.

“There’s no difference in prevalence of mental illness between city and bush. Yet Flying Doctor research reveals dramatic differences in how sick people become,” said Laverty.