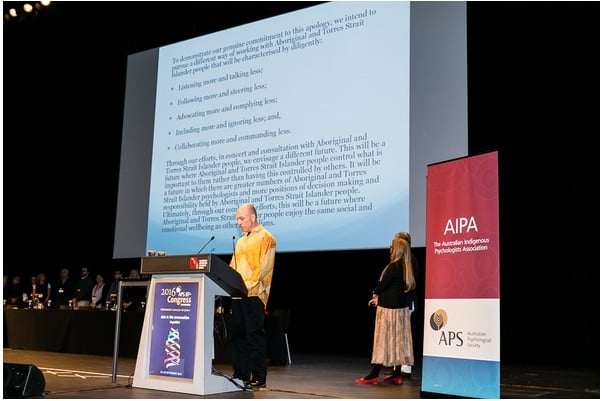 Acknowledgement: a series examining the history of healthcare in colonisation

Croakey will feature a series of articles exploring the importance of health systems and professionals taking responsibility in acknowledging their historic and ongoing roles in the colonisation of Aboriginal and Torres Strait Islander Peoples.

A recent landmark apology by the Australian Psychological Society (APS) – which has generated global interest from psychology organisations, including the Society of Indian Psychologists – provides a timely introduction to the series.

Professor Pat Dudgeon, a Fellow of the APS and Australia’s first Aboriginal psychologist, has described the apology as “a tremendous moment for Australian psychology”. She said: “The Aboriginal and Torres Strait Islander people and psychologists are delighted that the APS has taken this important step.”

Professor Dudgeon paid tribute to the role of a non-Indigenous psychiatrist, Professor Alan Rosen, in encouraging mental health bodies to acknowledge past poor practice, and an article by Professor Rosen will also feature as part of the Acknowledgement series.

APS President Professor Michael Kyrios said the apology was an important move in redressing past wrongs and ensuring the psychology profession collaborates and appropriately serves Aboriginal and Torres Strait Islander people. Read the full text of the apology below and beneath it is some of the historical context.

On other related matters, make sure to watch “Who Do You Think You Are?” featuring Peter Garrett on SBS tomorrow night (Tuesday, 7.30pm AEST) as the episode features some history that will also be covered in the Acknowledgement series, relating to one of his grandmothers, who was a nurse.

Disparities between Aboriginal and Torres Strait Islander Australians and other Australians on a range of different factors are well documented. Aboriginal and Torres Strait Islander people experience much higher rates of psychological distress, chronic disease, and incarceration than other Australians. They manage many more stressors on a daily basis and, although suicide did not exist in their cultures prior to colonisation it is now a tragically inflated statistic. The fact that these disparities exist and are long standing in a first world nation is deplorable and unacceptable.

As we understand these challenging issues in relation to wellbeing and health, it is very important that we tell the stories of the strengths and resilience of Aboriginal and Torres Strait Islander peoples and communities.

We, as psychologists, have not always listened carefully enough to Aboriginal and Torres Strait Islander people. We have not always respected their skills, expertise, worldviews, and unique wisdom developed over thousands of years.

Building on a concept initiated by Professor Alan Rosen, we sincerely and formally apologise to Aboriginal and Torres Strait Islander Australians for:

To demonstrate our genuine commitment to this apology, we intend to pursue a different way of working with Aboriginal and Torres Strait Islander people that will be characterised by diligently:

The apology follows decades of sustained advocacy and scholarship by Indigenous psychologists and colleagues.

An indication of how far the profession has travelled can be found in an historical account in the Working Together text (see pp. 46-47): When 4,000 psychologists from around the world gathered in Sydney in 1988 for the 24th International Congress of Psychology, the program had no Aboriginal content or discussion, despite the significance of bicentennial timing.

The only Aboriginal representation was a photographic exhibition with a section on ‘Indigenous Aspects of Australian Psychology’, which included photographs of Aboriginal skulls collected by ‘craniometrists, anthropometrists and psychometrists’, displayed without apology or apparent recognition of the insensitivity of such a display.

Indigenous psychologists have made concerted efforts, working together with non-Indigenous colleagues, to decolonise the profession and its structures and processes.

• Declaration by Melissa Sweet: The Acknowledgement series is related to the topic of my PhD research, and will also feature at a related website to be launched this week. Professor Dudgeon is one of my PhD supervisors.