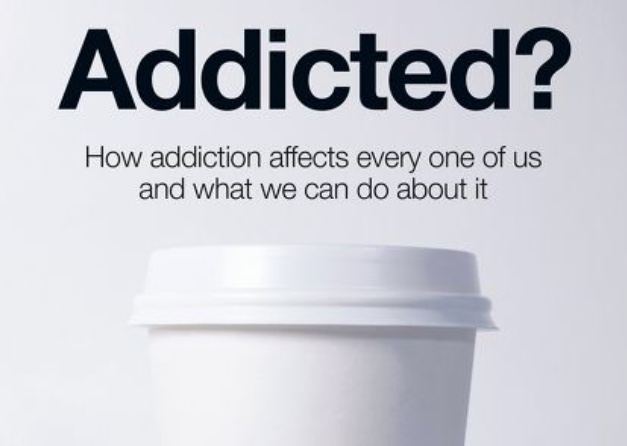 Adding something wonderful to our understanding of addiction: #CroakeyRead

Addicted?: How Addiction Affects Every One of Us and What We Can Do About It. Matt Noffs with Kieran Palmer. Sydney: HarperCollins – AU (2018).

Dr Christopher Wurm is a Senior Consultant at Sefton Park Intermediate Care Services in Adelaide, South Australia. He is a GP Psychotherapist and Addiction Medicine specialist. He is a Visiting Fellow in the Discipline of Psychiatry at the University of Adelaide, and Vice President of the Viktor Frankl Institute of Australia.

I’ve seen glowing tributes to this book by Dr Alex Wodak, and the blurb on the cover by broadcaster, Philip Adams, calling it “One of the great crusading, game-changing books.”

So do I agree?

I’ve worked as a doctor in the alcohol, drugs and gambling field since 1985, and was recognised as a Foundation Fellow when the Royal Australasian College of Physicians set up the Australasian Chapter of Addiction Medicine in 2001. I’ve seen plenty of books and articles on the topic and written a few papers myself.

I’ve also tried to read philosophy, psychology and neuroscience, and to learn about these areas through talks and videos, but this book makes them attractive and accessible in a way I hadn’t expected.

The authors combine human stories with well-referenced science. They help strike a balance between understanding the background factors that lead to drug use, and the stress that families and staff experience as they try to offer help.

The role of Matt Noffs’ grandfather (clergyman and founder of the Noffs Foundation,Ted Noffs) is acknowledged, but the book avoids coming across as promoting any religious theme.

Addicted? spans the history of the Rum Corps, to current trends in designer drugs, but also alcohol’s ongoing place in Australian life – and economy.

It traces the first recorded use of the word “addiction” to Shakespeare in Othello, and quotes Canadian psychologist and addiction researcher, Bruce Alexander, pointing out that the word addiction originally referred to “a devotion or a dedication to something.” It was a good thing!

Problem use is not limited to substances. The authors explore similar patterns in the way people spend increasing amounts of time on various forms of gambling, computer games, pornography and smart phone use.

They show respect and understanding for people with addiction, and remind us that John F Kennedy depended on amphetamines administered by his doctor, but still did great things.

This is a highly readable book, which covers the topic from multiple angles. The authors do justice to the stories of individuals they have seen in their service, but also make the history, biology, social science and politics accessible.

I don’t know Matt Noffs or Kieran Palmer but I wish I did. They have done something wonderful with this book.

Next up on my reading list is The Globalization of Addiction: A Study in Poverty of the Spirit, by Bruce K Alexander (2008).

PrevPreviousLearn from inclusive cultures, address the social determinants of health, and understand the wider environment – #NDISMentalHealth
NextPlease join us on a #CroakeyGO in Melbourne for #VicVotes focus on healthNext