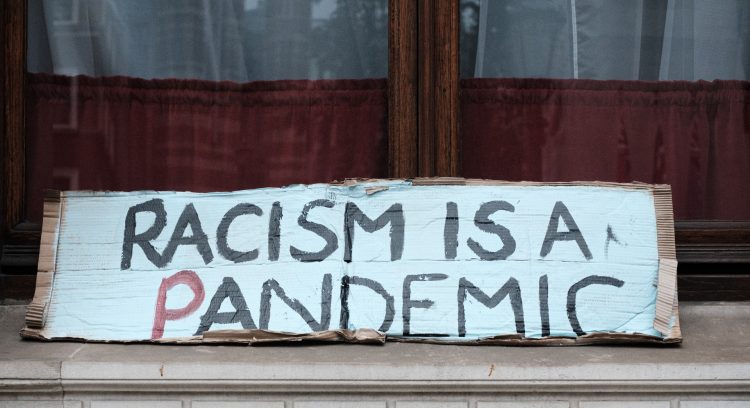 Wide-ranging efforts are needed to tackle racism within the criminal justice system, including amongst judges, juries and lawyers, according to Thalia Anthony, Professor of Law at the University of Technology Sydney.

The Black Lives Matter and protests in the United States have helped focus attention in Australia on the issue of First Nations deaths in custody. The resulting protests here have placed the spotlight firmly on the endemic racism across our criminal justice system.

The lead Federal Government response to pressure by First Nations families and the protests broadly has been consideration of Justice Targets to form part of the Close the Gap measures.

This is consistent with Recommendation 16–1 of the 2017 Australian Law Reform Commission’s (ALRC) Inquiry into Indigenous Incarceration:

The Commonwealth Government, in consultation with state and territory governments, should develop national criminal justice targets.

Achieving targets in relation to reducing the rate of incarceration of First Nations people requires undoing biases that are inherent in the criminal justice system. This is not only relevant to police and corrections systems, but also the courts.

A recent study on bias in Australia found that across 11,099 participants from a broad-cross section of society there was inherent implicit racism. It was based on the United States Implicit Association Test – which measures attitudes that are held without the person’s awareness. The study found that three-quarters had a bias in favour of Caucasian faces and against Indigenous faces.

This level of implicit bias in Australia was almost on a par with the bias against African American and in favour of Caucasian faces in the United States The authors concluded that such “bias may predispose vast swathes of the population towards considering Indigenous Australians through a negative lens, perhaps unconsciously”.

Magistrates, judges, lawyers and jurors, as well as those providing reports and expert evidence to criminal courts are not immune from racial assumptions and stereotypes. Their biases can have a critical impact on decisions to imprison First Nations people. Yet it is most insidious and difficult to undo where it hides behind a veil of so-called procedural fairness.

Criminal courts are substantially the domain of white decision makers. The overwhelming number of judicial officers, lawyers and experts are non-Indigenous.

And despite First Nations people comprising over a quarter of people before criminal courts, juries comprise over 99 percent of non-Indigenous people.

When institutional racism is entrenched like this, it is impossible to receive a fair hearing that is free from implicit bias.

Studies have found that courts receive information that is steeped in deficit assumptions about First Nations people, including that they pose a risk to the community and cannot be rehabilitated.

Undoing the bias in criminal courts

Redressing implicit bias in the courts requires the creation of new narratives and conditions that counter racial assumptions. Courts settings, the judiciary, advocates and experts, court information and non-custodial bail and sentence options need to be transformed.

These courts engage First Nations Elders, family, victims and support people to determine the appropriate outcome. The hearings are often in places (in and out of courts) that are less formal and enact processes that are more deliberative, collective and support-based.

However, the reach of the Indigenous sentencing courts is limited, with access only being available to a small percentage of First Nations defendants across the country.

Currently before the NSW Government is a proposal to extend the reach of Koori Courts to the District Court Level. This proposal of the ‘Walama Court’ has been developed through a collaboration between the courts and Aboriginal community members across the nations of the Sydney region as well as other key Aboriginal organisations and legal agencies.

The name “Walama” is indicative of the objective of this court. As explained by Wiradjuri/Wailwan lawyer Teela Reid, it is a Dharug word for “come back” or “return”, which represents the court’s aim to:

ensure Aboriginal people return to the safety of their communities, come back to country and reconnect with their cultural identity, rather than languish inside a prison cell.”

Recognition of the bias of pre-sentence reports that are prepared by probation and parole in Victoria has been a precursor for the Victorian Aboriginal Legal Service (VALS) proposing Aboriginal Community Justice Reports in 2017. These reports provide background information on the Aboriginal person, their family and community, and articulate the experiences and social, cultural, emotional and physical needs of the person are prepared with the family and support people and quoting their own words in the report.

The reports counterpose racial constructions of First Nations people before criminal courts. They set down non-custodial sentence options that are relevant to the person and are community-based.

The 2017 ALRC Inquiry into Indigenous Incarceration recommended what it referred to as Indigenous Experience Reports:

6–3: State and territory governments, in partnership with relevant Aboriginal and Torres Strait Islander organisations and communities, should develop options for the presentation of information about unique systemic and background factors that have an impact on Aboriginal and Torres Strait Islander peoples in the courts of summary jurisdiction, including through Elders, community justice groups, community profiles and other means.”

VALS and the University of Technology Sydney Law Faculty are currently conducting a pilot with these Indigenous Experience Reports, but the Federal Government is yet to commit resources to their roll-out across the country in accordance with the ALRC recommendation.

Justice targets need to be applied to every stage of the criminal justice system in conjunction with requisite resources to redress entrenched racism and provide alternatives to prison, police and traditional court processes.

The investment in law enforcement and prisons, which amounts to $302 per day inmate, has not worked. Rather, it has produced a rapidly rising prison population and a system that over-incarcerates First Nations people and inflicts indirect harm on their children, communities and cultures.

We need better ways to invest this money that strengthens rather than segregates communities.

There needs to be a commitment to directly counter racism, including in courts, or otherwise racism will be left to fester unchecked.