Advertising a prescription medicine to the general public: what’s going on? 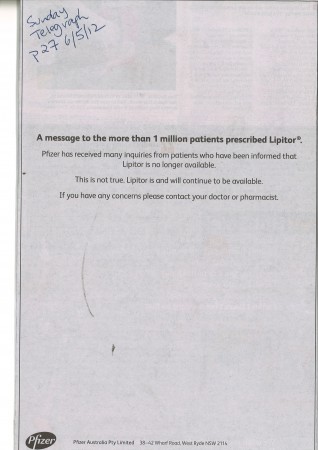 There has been some chat on the Australian Healthcare Communicators Network to the effect that this looks very much like direct to consumer advertising (access for those on LinkedIn).

The Medicines Australia Code of Conduct, edition 16: states that:

The promotion of products covered by the Code of Conduct to the general public would breach the Commonwealth therapeutic goods legislation and this Code which stipulate that prescription products must not be promoted to the public.

Presumably someone, somewhere is filing a complaint to the Code of Conduct committee??? (Again).