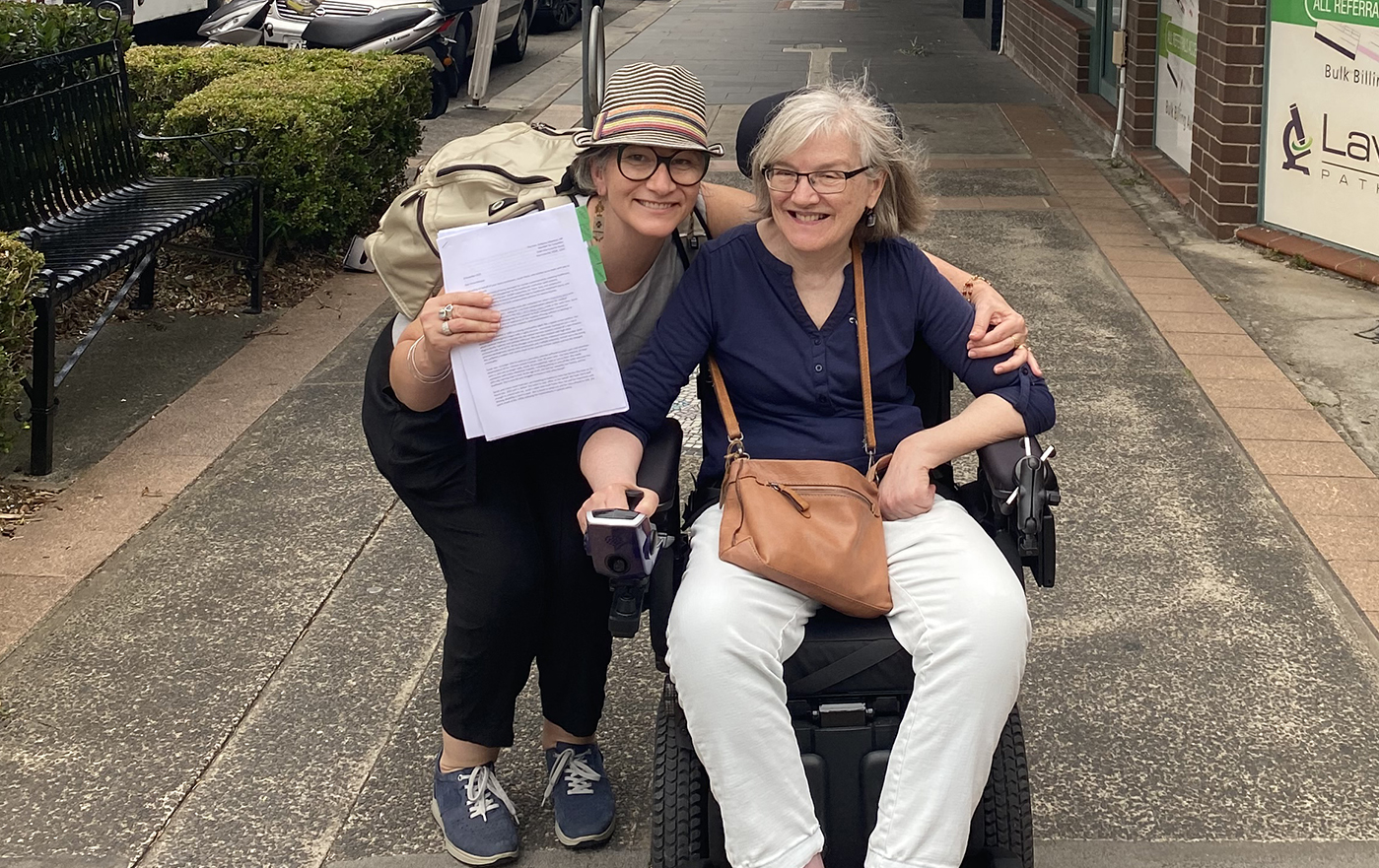 Introduction by Croakey: It is time the Federal Government introduces a no-fault compensation scheme for all healthcare injuries, according to former senior manager at the Victorian Department of Health Vickie Veitch and former freelance correspondent Sarah Walls.

While the Government implemented a no-fault scheme for COVID-19 vaccine injuries in 2021, currently no scheme exists for other vaccine or healthcare injuries in Australia.

Requests for a no-fault compensation scheme for healthcare injuries are not new – Croakey reports on the issue go back to 2011.

Last year, the Royal Australian College of General Practitioners released a position statement arguing that the COVID-19 compensation scheme should be extended to all vaccines.

Veitch and Walls met through sharing their traumatic healthcare injury experiences. They have started a national campaign for fairer laws and systems covering healthcare injuries.

Below, they discuss what is known about the impact of healthcare injuries, the potential benefits of a no-fault compensation scheme, including evidence of use in other countries, emphasising the importance of co-designing such a scheme with people with lived experience of healthcare injuries.

In mid-November, we met the Prime Minister’s electoral office manager and delivered a letter from Vickie to the PM along with a petition for fairer laws and systems covering healthcare injuries and 10,000 signatures.

In addition, Sarah wrote to the Attorney General asking for an Inquiry into whether current statutes on medical negligence provide equality before the law and, if not, whether injured patients would be better served by a national no-fault compensation scheme.

Most people find it too challenging, or do not have the time, health, energy or money to pursue a lengthy and intimidating litigation process.

You also have to prove not just that you were injured, but that your injury was caused by the health professional‘s negligence and that it was severe or permanent. The stigma associated with healthcare litigation is another major deterrent.

Healthcare injuries are common, but it is difficult to know exactly how common. There is widespread under-reporting of adverse patient safety events across Australia and the reporting and response systems are siloed.

We know that about 900,000 people suffer complications from care in hospitals each year, and that some of those complications are severe. About 80,000 people each year are left with some degree of permanent disability and about 29,000 have their lives cut short by healthcare.

The national data on the rate of medical negligence claims is too old to be relied upon: in 1995 the Professional Indemnity Review estimated that there were 230,000 preventable healthcare injuries each year and fewer than 2,000 negligence claims. Current Victorian data shows 3,500 serious adverse events reported annually and 250 negligence claims filed.

Nearly half of medical negligence claims are discontinued, i.e. they fail. This means that only about one to three percent of healthcare injuries are compensated.

Compared with similar countries that rely on the courts to determine compensation, Australia has a relatively high number of claims, but relatively little money goes to claimants.

The solution to this issue is to set up a national no-fault compensation scheme for people injured through healthcare, and leave the litigation system in place for people who need to sue for serious negligence-related healthcare injuries or death. There are many benefits:

Australia already has a no-fault compensation scheme – the scheme for COVID vaccine injuries, which was introduced in August 2021. The Royal Australian College of General Practitioners argues that this compensation scheme should extend to all vaccines.

France (2002) and Belgium (2010) have no-fault compensation for serious healthcare injuries not covered by fault-based liability.

In April 2022 a UK House of Commons committee recommended no-fault administrative compensation for injuries incurred in the National Health Service.

All these countries have universal health care and a solid social security system, as Australia does.

In most of these countries, injured patients can still pursue litigation, but few do.

It is sometimes argued that no-fault compensation is less effective than litigation in identifying poor practice, and so contributes less to patient safety.

But the reality is that there is no direct relationship between the type of compensation system and improvements in patient safety. Both systems aim primarily to provide compensation.

The most trenchant criticism of compensation schemes is that they deliver inadequate financial outcomes.

A negligence claim is considered likely to gain a better financial result, despite being subject to stringent statutory thresholds and caps on damages.

Any new scheme needs to avoid inappropriate and arbitrary thresholds and caps, and be designed so that it permits litigation in cases of obvious merit. We also need a system that avoids mistakes in other compensation schemes both here and internationally.

A no-fault compensation for healthcare injuries has twice been recommended in Australia. In 1974 the Woodhouse Committee recommended it, but the Whitlam Labor government lost power in 1975 before the recommendation was implemented.

It was supported by the Australian Medical Association. However, the Labor government lost power in 2013 and only the NDIS was subsequently established.

There are a number of issues to be considered in designing a no-fault administrative compensation scheme.

To be successful, any scheme needs to be co-designed with injured patients, so that their lived experience informs every aspect of its development and implementation.

While other countries were moving in the direction of simpler, fairer compensation for injured patients, Australia moved in the opposite direction. In the early 2000s, it substantially reduced access to litigation-based compensation through changes to tort laws.

Vickie Veitch and Sarah Walls met by sharing their traumatic healthcare injury experiences. Vickie was a senior manager with the Victorian Department of Health, leading a highly specialised unit that reviewed hospital related deaths and avoidable harm, when she suffered life-threatening healthcare injuries in 2017. Previously, she was a nurse, midwife and hospital safety and quality manager. She is the Founder of FairCare Alliance, a new charitable organisation that aims to support and advocate for injured patients in Victoria. Vickie currently works at Safer Care Victoria however, her opinions are her own.

Sarah was a freelance correspondent for The Sydney Morning Herald and The Age in New Caledonia when a severely disabling healthcare injury in 1990 ended her journalism career. She had previously worked as a radio producer, newspaper feature writer and an ABC Four Corners reporter. Over the next decade, she lobbied successfully for vital patient safety improvements, ensuring others did not risk the same injury.

Vickie Veitch and Sarah Walls would like to acknowledge editorial support provided by Dr Mark Ragg.

See Croakey’s archive of articles on safety of healthcare.