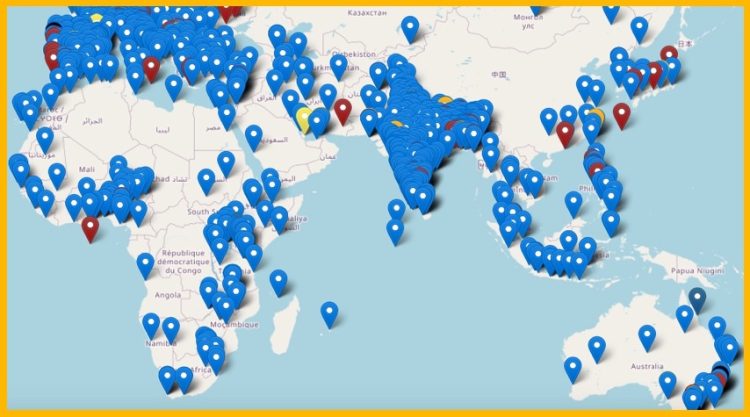 Africa is experiencing some of the worst climate disasters, but the world watches California burn

Ahead of a global day of climate action this Friday (25 September), a young climate activist from Uganda, Vanessa Nakate, laments the lack of global attention to how the climate crisis is devastating countries in Africa.

The story below is published as part of the global media collaboration, Covering Climate Now.

This summer, on my social media feeds, I’ve been watching the hellish pictures of California burning, of Louisiana being torn down by hurricanes, of extreme temperature changes hitting Colorado, as these images spread around the globe. The whole world pays attention when climate disasters hit the United States or when the nation faces up to the systemic racism in its society or when it elects a president.

I am a climate activist from Uganda and don’t have any say in what happens in American politics.

But, people in my country and climate activists around the world are watching, because whether the US — by far the world’s biggest historic emitter of carbon dioxide – decides to lead on climate or not, what happens in America will impact all our futures.

While the world watched as California burns, deadly flash floods hit my home city of Kampala.

No one paid very much attention, but countries in Africa are on the front lines of the climate crisis, and events like this are now taking place year-round.

Sudan has declared a state of emergency due to record flooding; the Nile River rose almost 17.5 meters in places, and more than 100,000 homes have been destroyed. In East Africa, a plague of locusts threatens the food supply of 20 million people, and extreme weather, including a powerful cyclone season last year, created the wet conditions that fueled the outbreak. In Southern Africa, drought is threatening millions with food shortages; many are facing starvation and death as crop yields plummet.

And yet, money still pours in from abroad to fund the burning of fossil fuels in Africa. Breaking news: We cannot eat coal or drink oil.

These are just a mere handful of examples of what climate change is doing to Africa already. I started a solo climate strike in January 2019 because I was witnessing people losing their homes, families, and the dreams they had for the future. I tried to take the message of our suffering to the World Economic Forum in Davos, Switzerland, to encourage action from political and business leaders in the wealthiest, most polluting countries, but I was ignored.

We in the global south are the ones who have been suffering most until now, but it is becoming clear to everyone that no country, no person, will escape the impacts of the climate crisis, no matter how rich.

The climate crisis is also a racist crisis, but not only because your leaders ignore the suffering in countries like mine.

We have seen it in the United States, too, where communities most vulnerable to extreme weather are more likely to be communities of color. There were the failures to protect these communities before and after Hurricane Katrina and the fact that direct pollution from oil and gas facilities disproportionately affects African Americans.

To truly understand this problem, we must listen to the voices of those suffering, both around the world and at home.

Speaking of listening, the last time a sitting president visited Uganda, I was six-years-old. It was in 2003, and George W. Bush spent three hours in my country. People in my country said that the trip was for television audiences back in the United States rather than for Ugandans. The AIDS crisis was the focus of the visit, though the Bush administration had just cut the relief package that was meant to help fight that epidemic.

Youth climate activists around the world are desperate to see leadership on the climate crisis.

We have been praised over the past two years for “standing up for our future” by precisely the people who refuse to do so for us. The youth climate movement will strike around the world again this September 25, but we don’t have time to wait until we are old enough to replace the people in power today.

The climate crisis is here, and we have such little time to avoid locking in the worst consequences. We, and the world, have been watching the US this summer as it wrestles with incredibly uncomfortable truths about racial injustice and global heating, but being at the center of the international spotlight is also a chance to inspire and lead.

The chance to build back our economies and our societies so that they are greener, more just, and more resilient after COVID-19 is one that needs to be taken in 2020. There is no time left to waste.

Vanessa Nakate is a 23-year-old climate activist from Uganda. She began a solo strike for the climate in her home town of Kampala in January 2019 after witnessing the impacts of the climate crisis first hand. Follow her on Twitter: @vanessa_vash. This article was first published by The Root. 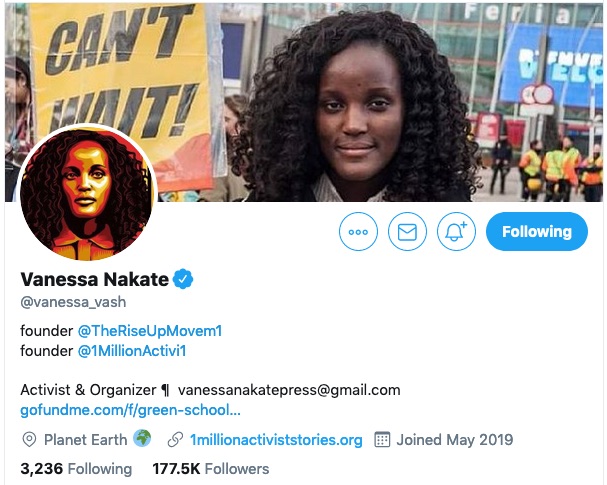 This article is republished as part of the Covering Climate Now initiative, an unprecedented global media collaboration launched last year to put the spotlight on the climate crisis, of which Croakey Health Media is a member. It is co-founded by The Nation and the Columbia Journalism Review (CJR), in partnership with The Guardian.