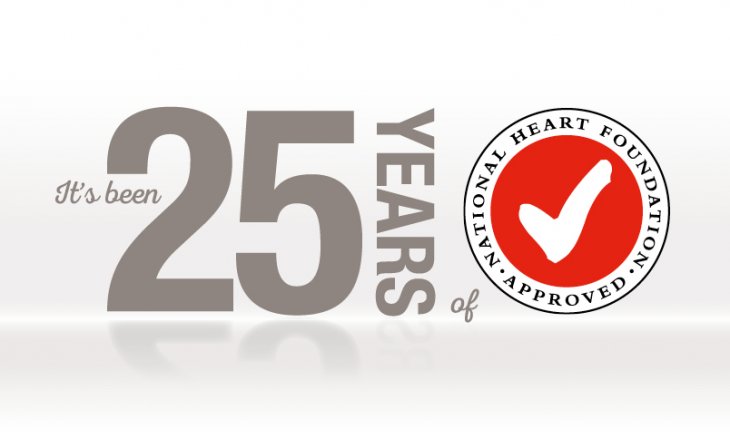 After 26 years, Heart Tick gets the flick

It’s seen its fair share of controversy since hitting shelves almost three decades ago and the Heart Foundation’s seal of approval — the Tick — has finally been retired from service.

The National Heart Foundation Board announced Monday that the Tick had reached its use-by date after a pioneering innings of service to nutrition in Australia.

After 26 years and many achievements we have decided to retire the Tick Program. https://t.co/uc2wztRZm3pic.twitter.com/eC5TWkb38d

National Heart Foundation CEO Mary Barry said the Tick had been a “bold public health initiative” for its time and had driven real change in Australia’s food sector, resulting in major reductions in salt and trans fats.

More than 2,000 products now carry the Tick across 80 food categories, and over the years it has been awarded to some questionable items including pies, frozen pizzas and even McDonalds — rated worst of the decade for junk food advertising by a parents group on Tuesday.

Critics including prominent nutritionist Rosemary Stanton have argued that this significantly undermines its credibility, and there have been growing calls for it to be axed.

Almost 58,000 people signed an online petition last year demanding the Heart Foundation ditch the Tick program and update its guidelines in a campaign backed by food celebrities including Pete Evans (My Kitchen Rules) and Sarah Wilson (I Quit Sugar).

Criticism has centred on the fact that although their products must meet specific nutritional guidelines, companies pay to use the Tick for marketing — a significant boost to the Foundation’s coffers but also seen as a slight to its integrity.

Contrary to “the perception of some”, Barry insisted that “the Tick has never been bought, it was always earned”.

“Over a quarter of a century, the Tick worked hard to earn the public’s trust. Our research showed the Tick was the most recognised logo on food in Australia. Around 2.8 million Australians looked for the Tick every day when they shopped for food,” she said.

“And it is because the public trust us that we also recognise when it is time to step away from a program like the Tick to allow a more modern version to replace it.”

Barry said the Tick would be succeeded by the Federal Government’s Health Star Rating System.

“The Heart Foundation sees great potential value in the HSR, particularly if implemented in a mandatory form, to assist consumers to make healthier and more informed choices into the future,” she said.

“So, while Tick has served Australians exceedingly well over the last 26 years, the time is right to make the transition to a new system that better reflects community needs and expectations.”