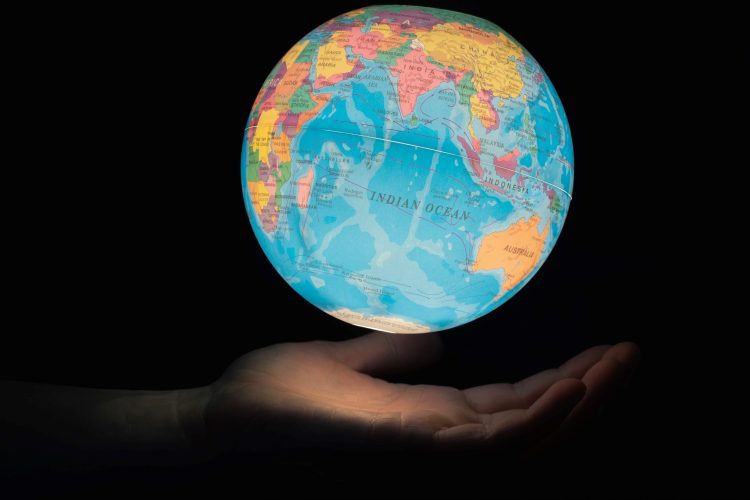 Almost every country is affected by the pandemic, declared by the WHO a year ago today. Photo by Greg Rosenke on Unsplash.

After a year of pain, here’s how the COVID-19 pandemic could play out in 2021 and beyond

Introduction by Croakey: A sobering anniversary today, 12 months since the World Health Organization declared COVID-19 a pandemic, the first caused by a coronavirus.

Across the world countries are scaling up for mass vaccination campaigns, but at least 85 poor countries will not have their populations vaccinated until the end of 2023, while high-income nations expect to have their programs completed by early next year.

The COVID Vaccine World Tracker reports that more than 316.6 million vaccine doses have been administered worldwide and “there is already a stark gap between vaccination programs in different countries, with many yet to report a single dose”.

More than 4,500 general practices in Australia will participate in the vaccine rollout, according to the Royal Australian College of General Practitioners. Vaccination of people in the 1b category (including the elderly, Aboriginal and Torres Strait Islander people aged over 55, and younger adults with underlying medical conditions and/or disability) will start on March 22.

New Zealand this week announced it would start vaccinations from the end of March, prioritising South Auckland where two COVID-19 outbreaks in recent months resulted in lockdowns.

The world is at “a fragile moment” in history, writes Professor Michael Toole in this article below originally published in The Conversation.

One year ago today, the World Health Organization (WHO) declared COVID-19 a pandemic, the first caused by a coronavirus.

As we enter year two of the pandemic, let’s remind ourselves of some sobering statistics. So far, there have been more than 117.4 million confirmed cases of COVID-19 around the world; more than 2.6 million people have died. A total of 221 countries and territories have been affected. Some 12 of the 14 countries and territories reporting no cases are small Pacific or Atlantic islands.

Whether the race to end the pandemic will be a sprint or a marathon remains to be seen, as does the extent of the gap between rich and poor contestants. However, as vaccines roll out across the world, it seems we are collectively just out of the starting blocks.

Here are the challenges we face over the next 12 months if we are to ever begin to reduce COVID-19 to a sporadic or endemic disease.

Developing safe and effective vaccines in such a short time frame was a mission as ambitious, and with as many potential pitfalls, as walking on the Moon.

Miraculously, 12 months since a pandemic was declared, eight vaccines against SARS-CoV-2, the virus that causes COVID-19, have been approved by at least one country. A ninth, Novavax, is very promising. So far, more than 312 million people have been vaccinated with at least one dose.

This implies the world won’t be back to normal travel, trade and supply chains until 2024 unless rich countries take actions — such as waiving vaccine patents, diversifying production of vaccines and supporting vaccine delivery — to help poor countries catch up.

The vaccines have been shown to be safe and effective in preventing symptomatic and severe COVID-19. However, we need to continue to study the vaccines after being rolled out (conducting so-called post-implementation studies) in 2021 and beyond. This is to determine how long protection lasts, whether we need booster doses, how well vaccines work in children and the impact of vaccines on viral transmission.

What should make us feel optimistic is that in countries that rolled out the vaccines early, such as the UK and Israel, there are signs the rate of new infections is in decline.

What are the potential barriers to overcome?

One of the most salutary lessons we have learnt in the pandemic’s first year is how dangerous it is to let COVID-19 transmission go unchecked. The result is the emergence of more transmissible variants that escape our immune responses, high rates of excess mortality and a stalled economy.

Until we achieve high levels of population immunity via vaccination, in 2021 we must maintain individual and societal measures, such as masks, physical distancing, and hand hygiene; improve indoor ventilation; and strengthen outbreak responses — testing, contact tracing and isolation.

However, there are already signs of complacency and much misinformation to counter, especially for vaccine uptake. So we must continue to address both these barriers.

The outcomes of even momentary complacency are evident as global numbers of new cases once again increase after a steady two month decline. This recent uptick reflects surges in many European countries, such as Italy, and Latin American countries like Brazil and Cuba. New infections in Papua New Guinea have also risen alarmingly in the past few weeks.

Some fundamental questions also remain unanswered. We don’t know how long either natural or vaccine-induced immunity will last. However, encouraging news from the US reveals 92-98% of COVID-19 survivors had adequate immune protection six to eight months after infection. In 2021, we will continue to learn more about how long natural and vaccine-induced immunity lasts.

New variants may be the greatest threat

The longer the coronavirus circulates widely, the higher the risk of more variants of concern emerging. We are aware of B.1.1.7 (the variant first detected in the UK), B.1.351 (South Africa), and P.1 (Brazil).

But other variants have been identified. These include B.1.427, which is now the dominant, more infectious, strain in California and one identified recently in New York, named B.1.526.

Variants may transmit more readily than the original Wuhan strain of the virus and may lead to more cases. Some variants may also be resistant to vaccines, as has already been demonstrated with the B.1.351 strain. We will continue to learn more about the impact of variants on disease and vaccines in 2021 and beyond.

A year from now

Given so many unknowns, how the world will be in March 2022 would be an educated guess. However, what is increasingly clear is there will be no “mission accomplished” moment. We are at a crossroads with two end games.

In the most likely scenario, rich countries will return to their new normal. Businesses and schools will reopen and internal travel will resume. Travel corridors will be established between countries with low transmission and high vaccine coverage. This might be between Singapore and Taiwan, between Australia and Vietnam, and maybe between all four, and more countries.

In low- and middle-income countries, there may be a reduction in severe cases, freeing them to rehabilitate health services that have suffered in the past 12 months. These include maternal, newborn, and child health services, including reproductive health; tuberculosis, HIV and malaria programs; and nutrition. However, reviving these services will need rich countries to commit generous and sustained aid.

The second scenario, which sadly is unlikely to occur, is unprecedented global cooperation with a focus on science and solidarity to halt transmission everywhere.

This is a fragile moment in modern world history. But, in record time, we have developed effective tools to eventually control this pandemic. The path to a post-COVID-19 future can perhaps now be characterised as a hurdle race but one that presents severe handicaps to the world’s poorest nations. As an international community, we have the capacity to make it a level playing field.