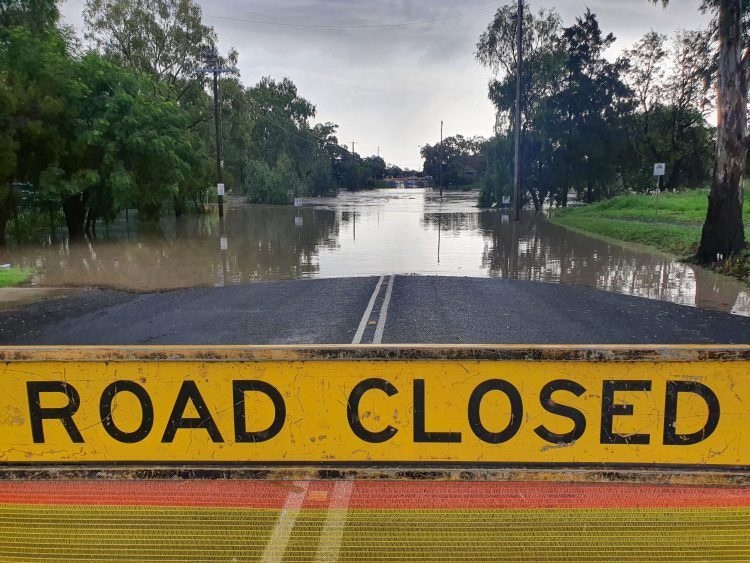 After the rain: the long road to flood recovery

Introduction by Croakey: The devastation wrought by flooding in communities throughout New South Wales and in Queensland last week was front page news in the early days. This week? Not so much.

But the affected communities have weeks, months and perhaps years of clean-up ahead, and are at a higher risk of both physical and mental ill health.

For many, the floods are just the latest in a long line of severe weather events that have battered the regions. And a landmark Australian Academy of Science Report, released yesterday, paints a stark picture of what may lay ahead for the country if we are not able to curb the current trajectory of greenhouse gas emissions. See the Croakey story here.

In the article below, we look at the flood recovery efforts and physical and mental health impacts.

It’s when the adrenalin stops pumping after a significant flooding event that the devastation can truly hit home for affected communities.

“That’s when people realise what they are missing, what they have lost,” said Moree Shire Plains Council Mayor Katrina Humphries. “It’s really upsetting.”

The Shire was one of several in rural New South Wales regions that was declared a natural disaster area, after the Mehi River, which runs through the town, peaked at more than 10 metres last week.

With the floodwaters starting to subside this week, the clean-up of the Moree township was now well underway, Humphries said.

“We ended up with nine houses that are unliveable, (and) just under 100 houses were inundated with water above the floorboards, so the clean-up has been massive, the loss of property has been enormous,” she said. “It’s gut-wrenching.”

But the broader community was still on tenterhooks, she said, as flood waters travelled west over the coming week threatening other communities in the Shire, particularly the NSW-Queensland border town of Mungindi.

Rural communities have been living with heightened uncertainty and disruption for several years.

Mark Burdack, CEO of Rural and Remote Medical Services (RARMS) – a not-for-profit rural workforce agency providing care for 22,000 patients  in 10 centres across NSW – said some rural communities had just started to get back on their feet after severe drought.

“Communities had gone from desert landscapes to these verdant grassy landscapes, with cattle and sheep and crops in place,” he said.

“The activity in town was increasing and I think people were getting back to a sense of normalcy, and although COVID was hanging over people’s heads a bit, we were managing around that.”

While many rural communities had not had any COVID-19 cases, state border closures had affected the movement of medical staff into these areas, but life was slowly returning to normal.

Then, some communities in rural NSW, including Moree, had been hit with a mouse plague about two months ago, and now catastrophic flooding.

“Rural communities expect this sort of variability, but I think the floods obviously have had an impact on people,” said Burdack, noting that the RARMS practice in Collarenebri had to close due to flooding.

On the day that Croakey spoke to Moree Mayor Katrina Humphries, she said she was “struggling”.

While her home was not affected by flooding, she’d had a week without much sleep, and was pulling out all stops to support her community through the crisis.

She was “really cross” with some insurance companies that had told Moree residents that they wouldn’t have their houses assessed until April 6.

“You can’t do that,” she said, calling on insurance companies to accept photographic or video evidence of damage. “There are health implications with the mould, and people just want to get into their homes, they don’t want to have a clean-up hanging over their heads.”

Still, she said it was the community spirit and the help and support of a parade of volunteers that would help the community rebuild in the wake of this disaster.

“We have received so much help and so much love and so much support that it does put a smile on your face,” she said, adding that Moree had recovered from an even larger flood in 2012.

For people who weren’t insured, Humphries said the council was quickly collecting damaged furniture that people had piled on the streets.

“Getting rid of that stuff is a huge psychological benefit because people don’t need to be walking past their destroyed property every day. We do this very quickly and we are grateful to the people who have worked over the weekend to get this done.”

The council was also working to address subsidence at the cemetery due to the flooding.

We’re trying very much to support people through these times and to make their lives as liveable as possible and to do everything we can to help.”

Humphries says there is always an emotional side to recovery.

“Out in the bush we try very much to bring that out in people because big burly farmers aren’t meant to break down, but they do. And it can be just awful,” she said.

We know that rural folks in NSW are really tough and resilient, but none of us are tough enough to do things alone.”

“Clearly there is a lot of camaraderie in these communities, (and) people are incredibly well connected, but we strongly advise people who need additional support that they should reach out to the mental health helpline if needed – 131 114 is a helpful number when one has just had enough.”

“Mental health resources in rural and remote communities are non-existent and that’s a systemic problem that we haven’t been able to address,” he said. “We are trying to get access to mental health support for patients who require some sort of face-to-face therapeutic relationship, but that is simply not available.”

He said the natural disasters only added to this problem in communities that already had relatively higher rates of suicide and mental illness than other communities.

Burdack said RARMS had recently completed mental health first aid training for staff across all its practices, with support of the NSW Rural Doctors Network.

“This is to increase our capacity to support people with mental health concerns,” he said.

The weeks and months after this severe flooding event will also raise the risk of certain parasitic and bacterial diseases, said Dr David Durrheim.

He said that floodwaters contained human sewage as well as animal faeces and chemicals from runoff.

“So, it poses a chemical and biological risk,” Durrheim said. “It’s really important with the clean up to take appropriate measures to clean any cuts or abrasions with antiseptic and cover them, and to wear water-impermeable gloves and boots when working in those muddy areas.”

Durrheim added that the mouse plague would have resulted in a lot of mouse urine in the environment and this would pose a risk of transmission of “a very nasty bacteria called Leptospira”, which could cause leptospirosis.

“This is a horrible sepsis condition in humans that can get in through cuts and abrasions, so it’s really important that people cover those up and treat appropriately.”

Also, he said, water left in receptacles like old pots and tyres could become a breeding ground for mosquitoes in the coming weeks, raising the risk of mosquito-borne diseases, like Ross River Fever.

“People are working really long days in the clean-up, from dawn and dusk,” he said, noting that freshwater mosquitoes mostly fed in the dusk hours. “It’s really important that people cover up and use an insect repellent that contains DEED or picaridin on those areas that aren’t covered.”

He also advised the use of P2 masks in people with asthma, when cleaning up houses that may be affected with mould and mildew.

“Ordinary bleach can be effective in getting rid of mould or mildew,” he said.

Burdack said the pressures on rural communities in recent years had reinforced the importance of “on-the-ground primary healthcare”.

One of the things that has come out of COVID, drought, flooding, is that these communities operate in climatically variable environments; they go from extreme to extreme.

They are communities that typically have higher levels of chronic disease and co-morbidities, so it’s critical that they are able to retain services on the ground, particularly when communities become isolated.”

Those risks will only increase, according to the devastating scenario outlined today in a new Australian Academy of Science climate change report, The risks to Australia of a 3°C warmer world.

Its authors warn that “historical 1-in-100-year coastal flooding events are beginning to occur more frequently and are likely to occur annually by 2100 under most scenarios”.

Burdack said several smaller communities in rural NSW were completely cut off due to flooding.

“Without our folk there, they would be without access to services in critical emergency situations,” he said.

“When the floodwaters came into the practice, the practice manager, nurse and doctor, picked everything up, took it to high ground, and then set up these systems in their homes so patients could continue to see their doctor,” he said, adding that the health access system was available to 300,000 patients across NSW.

Still, he said, telehealth was fallible.

“Telehealth is all well and good, but it will not save someone who requires resuscitation or immediate invasive procedures,” he said.

“There is one electricity line into Collarenebri; when that goes down, everything will go down with it.”

“Without those resources on the ground, the doctors who can see the mouse plague, who can see the river waters rising, can understand what the health of the community is, and are engaging in a direct and continuous sense with people in these communities, you lose an enormous knowledge base.”

PrevPreviousCalls for transparency, leadership, action as Australia falls short of vaccine target — by 3.4 million doses
NextAustralia’s vaccine rollout has so far been overhyped and under-deliveredNext