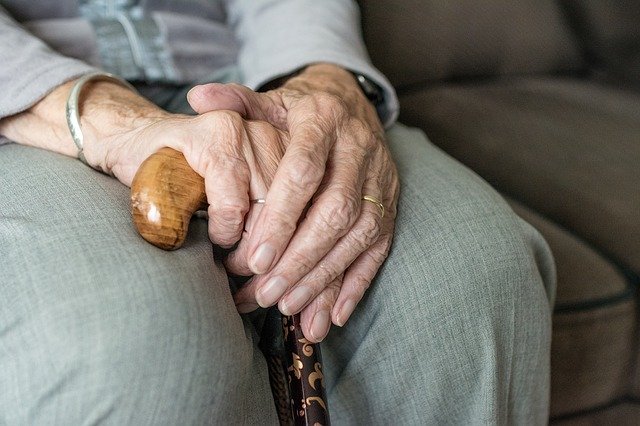 Introduction by Croakey: Aged care stakeholders and experts have reacted angrily to the tragic outbreak of COVID-19 in residential care facilities.

To date, 1,022 residents of aged care facilities have tested positive for the virus and 161 people have died. The vast majority of these have occurred in Victoria.

Most commentators have pointed out that the problems with the aged care sector have been repeatedly raised with governments and regulators.

In The Guardian on 27 July, Dr Sarah Russell, a public health researcher and aged care advocate, argued that the current situation could have been averted had successive governments listened to the concerns of residents, families and staff, and based decisions on evidence from research.

Russell also attributed at least part of the blame for the neglect of aged care standards to the fickle nature of the media on this issue:

Over the past decade, a pattern has emerged. For a short time the media focuses on the abuse, neglect and poor standards of care in aged care homes.

Each time aged care is in the headlines, the federal government responds with an announcement of a new inquiry, review or taskforce. And then the media looks away.”

Guardian editor Gay Alcorn has also pointed out the many longstanding flaws in the aged care system which have left it vulnerable to  COVID-19:

All those problems were there before the pandemic, and elderly, frail and ill Australians are paying the price.”

For more insights from Russell on the current situation, listen to this podcast from The Guardian, which also features Gay Alcorn.

Workforce and staffing issues were key themes raised in the response by stakeholders and commentators:

Experts have also traced the current problems back to policy decisions made two decades ago by the Howard Government.

Twenty years later, we are paying for a Royal Commission to try to clean up the mess caused by Howard’s funding cuts and the tragedy of sacrificing our elderly to appease the Liberal Party’s obsession with deregulation, corporatisation, and profits for big business.

There has also been criticism of the current funding system which allows for-profit providers in the aged care sector, in particular since the infection rates in private facilities appear to be higher than those in publicly run homes.

Another issue raised in a Senate Inquiry hearing today is the lack of public information available on the outbreaks in aged care facilities.

In response to questioning on this issue Health Department Secretary Dr Brendan Murphy stated that facilities may not want to disclose the fact that some of their residents contracted COVID-19 due to concern about ‘reputational issues’.

In the article below, experienced political journalist, Michelle Grattan, now a Professorial Fellow at the University of Canberra, outlines the Government’s response to criticisms about the lack of public information, and argues for greater transparency.

This piece first appeared in The Conversation.

Should the public know the details of all the Victorian aged care facilities that have had COVID-19 cases?

“Yes” seems the obvious answer. But not according to the Health department or Aged Care Minister Richard Colbeck.

At Tuesday’s hearing of the Senate committee monitoring the government’s responses to the pandemic, Greens senator Rachel Siewert sought this information, asking about providers, residents, cases and deaths.

Health department secretary Brendan Murphy – formerly chief medical officer who in that role was often at Scott Morrison’s side at news conferences – asked to provide the information to the committee “in camera”.

“Some of the facilities don’t want it publicly known that they have outbreaks,” Murphy said.

“Many, many of them have been open about it and it’s in the media. But some of them have just had one staff member and the facility has been locked down and it’s been controlled. And they’re obviously worried about reputational issues.”

A right to know

When Siewert put it that the public had a right to know, Colbeck said the families with a member in a facility were “aware of what’s happening.

“But I am concerned about the stress that’s placed on facilities by some of the public elements of this process.

“I understand where you’re coming from in one sense, but talking to, particularly some of the smaller facilities, their capacity to deal with a huge influx of, say media inquiry can severely impact on the facility.

“And in the circumstance where they’re doing well, the families are being appropriately advised … I’m reluctant to have a public hit list of facilities that have been unfortunate enough to have an outbreak of COVID within them.”

He and Murphy said facilities with outbreaks are locked down and don’t take new residents.

Victorian premier Daniel Andrews reported on Tuesday that all of the latest 11 deaths were linked to outbreaks in aged care facilities. They are part of a chain of multiple deaths, now announced day after day, from aged care in this Victorian second wave. On Tuesday’s figures, there were 1186 active COVID cases relating to aged care facilities (this includes residents and staff).

The Victorian government provides a list of the facilities that have had the largest outbreaks. State government sources, asked on Tuesday night, said it is not seeking to keep secret the others. It doesn’t provide details of deaths in circumstances where that would identify individuals.

The arguments advanced by Murphy and Colbeck for secrecy are flawed and can give the public little confidence.

These are institutions funded and regulated by the federal government, and provided with a great deal of taxpayers’ money. There should be total transparency about what happens in them.

We know from official and media reports over years, and the experience of many families, that it’s vital to get as much information as possible in real time about what’s going on in aged care.

While facilities that have had minimal COVID cases are not in the same class as those with massive outbreaks, it doesn’t mean the details of those homes and cases should be hidden.

A question of accountability

It is understandable facilities do not want “reputational” damage. But the magnitude of what is occurring in the sector in Victoria means we are past that concern. It is now a question of accountability.

Colbeck is worried about “media inquiries” and a “hit list”.

“Media inquiries” refers to journalists asking for facts, questions the public would reasonably want answered. As for a “hit list”: families making decisions in the future about institutions have the right to know how an institution performed in the COVID crisis.

How cases arose in facilities – even a single case – is also relevant to assessing the pandemic across the sector.

Committee chair Katy Gallagher said later on Twitter the committee would consider Murphy’s request for the information to be provided in camera.

But she added it would need to be persuaded “of the public interest test of keeping it secret”. That, one would think, would be very difficult.