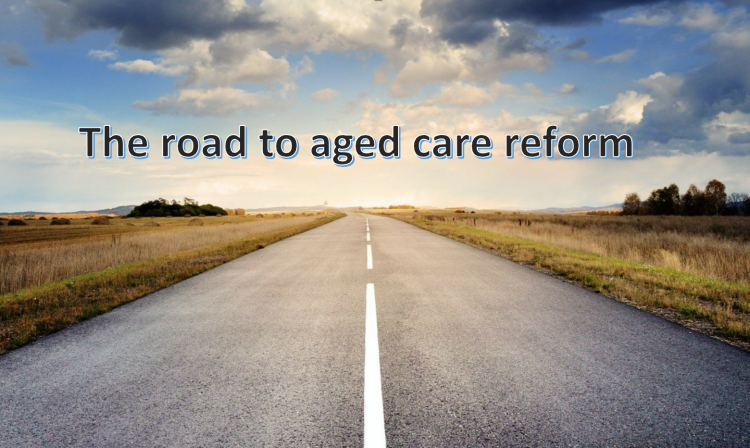 Introduction by Croakey: A high quality aged care system needs a high quality funding system. As Charles Maskell-Knight outlined last week in Croakey, the government’s planned Budget funding boost for aged care could be wasted unless changes are made to the current funding model.

In this third installment of Croakey’s ‘The Road to Aged Care Reform’ series, Maskell-Knight unpacks the different components of the aged care funding system and identifies how they have contributed to the problems in aged care, such as those identified in the Royal Commission into Aged Care Quality and Safety.

He describes a system where “providers are required to trade off quality against profit” and suggests strategies for improvement. These include a requirement that providers use the funding they receive for service provision and the introduction of a new explicit payment for provider profits, which could be used by the government as a lever to drive change.

I proposed that the Government should introduce financial structure and reporting arrangements modelled on those applying to the private health insurance sector to remedy this deficiency.

I also suggested that the current aged care financing and regulatory regime does not prevent profits from being drawn down while poor quality care is provided, and that this also needs to be remedied if taxpayers are to have any confidence that increased expenditure will lead to better quality care.

And finally, they need to provide the care that residents require – assistance with the activities of daily living such as dressing, going to the toilet, showering, and eating, as well as clinical care such as nursing and allied health services.

Under current arrangements providers receive a funding stream in respect of each bundle. In respect of the physical infrastructure, residents with means are required to make an interest free loan to the provider (the so-called Refundable Accommodation Deposit, or an equivalent daily amount), while the Government pays an Accommodation Supplement for other residents.

Daily living expenses are funded through the Basic Daily Fee set at 85 per cent of the single basic aged pension charged to all residents. Care costs are largely funded by the Government on the basis of an assessment of a person’s care needs through the Aged Care Funding Instrument (ACFI), although there is also a small means tested care contribution from residents.

There are a number of problems with these arrangements.

To make matters worse, the Government applies an indexation method that systematically erodes the value of payments compared with cost drivers, and the Government from time to time has imposed arbitrary indexation freezes as a cost control mechanism.

Second, there is no requirement to spend all or any of the aged care revenue a provider receives on aged care. The Aged Care Act allows providers who are approved by the Government to receive funding in respect of residents who are approved by the Government, but there is no acquittal mechanism. The only relevant duty imposed on providers is a requirement to meet the quality standards, but as long as they do so revenue continues to flow.

The flourishing ACFI “optimisation” or “maximisation” industry only exists because there is no link between the level of revenue and the level of care that must be provided. Numerous consultants offer their services to aged care providers to assist them in classifying residents to achieve the highest possible level of ACFI funding.  If there was a requirement to spend ACFI funding on care this would be a pointless exercise.

The third failing of the current regime is that there is no explicit allowance for profit.  Providers who wish to make a profit and return it to shareholders or owners must deliver buildings, daily living services and resident care for less than the revenue they receive.

Most economists I know would argue that requiring producers to cut costs to make profits is a way to drive efficiency. The evidence presented to the Aged Care Royal Commission is that “efficiency” in the aged care sector has taken the form of $6 per day food allowances, limits of 3 continence pads a day, drugging residents with behavioural issues into a vegetative state, widespread understaffing, and virtually no access to restorative care.

Providers are required to trade off quality against profit, and the evidence suggests that all too many of them are prioritising profit.

How can the system be improved? Independent determination of funding levels based on studies of actual costs as recommended by both Aged Care Royal Commissioners is an obvious first step. Reporting by providers of revenue and expenditure against the three bundles of services would be helpful.

But I suggest that comprehensive improvement will only be achieved if the Government requires providers to spend revenue on the services for which it has been provided, and adds a fourth payment stream under which it explicitly pays a profit.

Such a regime would need to be supported by a system of rigorous quality standards to ensure that providers’ expenditure delivered an appropriate level of services.  This would prevent providers eroding the intent of the requirements by, for example, offering generous remuneration to attract staff more easily without actually delivering required care time.

Paying separately for profit would give the Government an additional tool to drive provider behaviour. In the context of a multilevel quality rating system it could make higher payments for better quality, inverting the current system where providers achieve higher profits at the expense of quality.

It could offer higher profits to attract providers willing to deliver care in underserviced areas, such as smaller regional and rural centres.  It could provide incentives for providers to deliver care in smaller congregate living environments rather than large institutions.

However, the main benefit of such a system would lie in ensuring that the money raised from taxpayers and residents for aged care and calculated on the basis of the costs of care is actually spent on looking after people requiring care.

The introduction of such a regime should accompany any increase in Government spending on aged care if the interests of taxpayers and care recipients are to be protected.

See here for other stories in Croakey’s The Road to Aged Care Reform series.