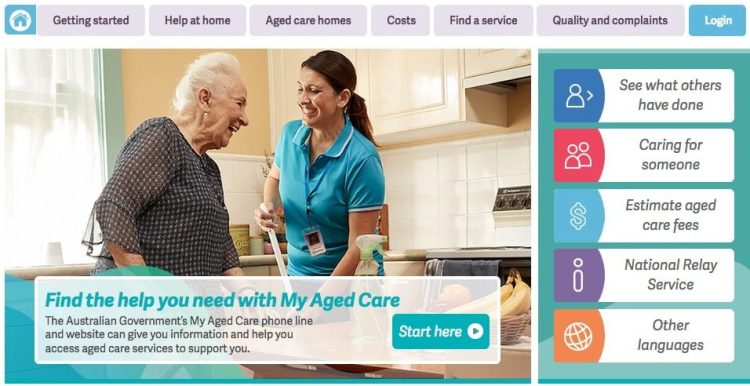 In a recent article at Croakey, the Shadow Minister for Ageing and Mental Health, Julie Collins, suggested the Federal Government was dragging the chain in responding to a “pile of aged care inquiries reports, reviews, strategies and taskforces”, and was “leaving them to gather dust”.

Below, the Aged Care Minister Ken Wyatt responds to these concerns, arguing that meaningful reform is well underway in the sector.

While it is useful to hear from the major political parties on these matters, clearly issues around access, equity, and quality and safety of aged care would benefit from some independent, non-partisan analysis.

We would welcome further contributions on these matters from individuals and organisations with expertise in the area of aged care and related reforms.

The Turnbull Government’s record of aged care reform speaks for itself, with generational changes over the past year giving senior Australians more choice and control over their care, and more options to remain living in their own homes for as long as possible.

Introduced in February, our landmark Increasing Choice in Home Care reforms are bedding down and further empowering consumers, with the current rollout of up to 2,500 home care packages a week, and a $20 million revamp of the MyAgedCare information and allocation system.

Our 2017 aged care reforms and commitment to transparency have exposed the extent of the home care mess left by Labor.

With details published quarterly, the true extent of home care demand is now being revealed.

What has also been revealed is that when Labor set the original Living Longer Living Better ratios for home care packages, they didn’t do their homework.

Under the old system, many of the people waiting for home care packages were really in limbo and some of them died waiting.

Now, we know the true numbers and we are working hard to extend senior Australians’ home care options and services.

At present, more than 40 per cent of people (over 40,000) listed on the national home care queue are receiving interim care.

This is because, to give people in need a level of support as quickly as possible, we provide them with a lower level interim home care package.

Importantly, although they are receiving interim care, their position in the queue is not affected, so they can be confident they will receive the higher-level package as soon as possible.

What the newly available queue data is telling us is that more and more Australians want to receive aged care in their own homes for as long as possible.

These extra packages were announced in mid-September, and are expected to assist people in receiving higher-level care packages as they are rolled out in coming months.

While these additional packages will assist thousands of people, we are committed to continuing reform as we rectify the Labor home care debacle.

Focus on quality and safety

I instigated a comprehensive regulatory review straight after the Oakden revelations earlier this year and moved immediately to implement unannounced quality audits of Aged Care homes, when I received the review in October.

With our record $18.6 billion Aged Care budget that we are boosting by six per cent annually, the Government has an obligation to older Australians and taxpayers to give all aged care reviews detailed and careful consideration.

We are committed to quality care for senior Australians, with a near $100 billion commitment to aged care planned for the next five years.

Regarding dementia care, it is good to see the Opposition acknowledging what the Turnbull Government is already doing.

We are fixing up the Labor’s dementia care mess, rolling out major reforms, including consolidating a single, nationally consistent Dementia Training Program for carers, and investing $200 million in world-class research.

Our policies are people-centred, targeting care and resources for those in need, and innovative ways of managing the condition.

Working with support and community groups, State and Territory governments, we have implemented major dementia care changes over the past two years, including consolidating a single, nationally consistent Dementia Training Program for carers.

We understand that dementia consumer supports cannot be separated from the aged care, health and social services systems. That’s why we’ve extended funding to Alzheimer’s Australia for the National Dementia Support Program for 12 months to June 2018 – a $54 million investment since 2015.

Our unique and innovative national approach allows family carers, health professionals and aged care providers to easily connect with an Australia-wide network of expertise when behavioural or psychological symptoms of dementia are affecting the quality of care.

And the feedback to date has been overwhelmingly positive, with a 90 per cent client satisfaction rate in its first year of operation.

A robust, national, evidence-based and long-term approach to the diagnosis and treatment of dementia is essential to Australia’s social and economic well-being.

After less than 12 months as Aged Care Minister, I am proud of our continuing commitment to aged care reform. Nothing is collecting dust.

Instead, our reform agenda is gathering pace, as I remain focussed on what matters to our senior Australians and their families – safety, quality and delivery of the aged care they deserve.

• Ken Wyatt is the Minister for Aged Care and Indigenous Health