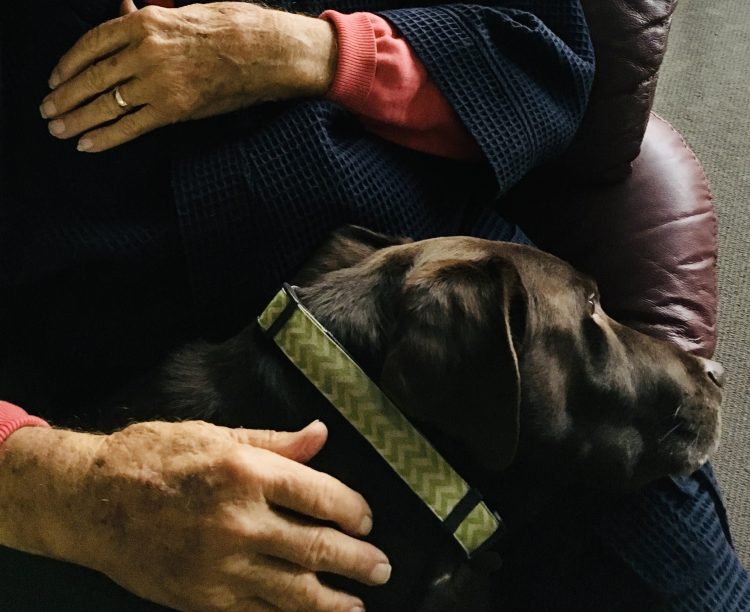 Ageing in place: two new initiatives could make it safer and better

Introduction by Croakey: Evidence that there is a crisis in Australia’s aged care sector has been unfolding over the past year, courtesy of an ongoing Royal Commission – which has now been extended into next year to hear all the available evidence.

The Royal Commission opened its hearings in Melbourne this week, with the sad news that the Chair, Richard Tracey QC has died, seven weeks after a cancer diagnosis.

Tracey was reportedly working on the Commission’s Interim Report (due at the end of October), in the period leading up to his death, with his fellow Commissioners describing his conduct of the Commission and his determination to transform the sector as part of his legacy.

Anyone who has been following the Commission’s hearings will understand why living in residential aged care is an outcome many Australians dread.

The post below relates to an alternative that most of us would prefer – living at home – but that has its challenges when care, support and environmental modifications are required.

She went on to present two suggested initiatives to facilitate “ageing in place” at the recent Australian Public Health Conference 2019 in Adelaide. Previous Croakey posts from the student essay series are by Rosalie Schutz,  Hayden Burch, and Christina Zorbas.

Over the next fifty years Australia’s ageing population will present major challenges for the public’s health.

The 65+ age cohort has been steadily becoming a larger proportion of the population over the past century, credited to factors like increased life expectancy and improvements in healthcare.

This demographic shift raises questions about aged care: how can we create a system capable of catering for larger numbers of people, and what new models of care delivery will we need?

A growing trend is the preference of older people to age in place – to remain for as long as possible in the home of their choice.

The preference for ageing in place presents a a suite of challenges. Firstly, ageing is often accompanied by declining abilities and capabilities, making homes less suitable and less safe to undertake daily living activities.

A second problem is loneliness and social isolation. Loneliness has been shown to have significant correlations to depression, dementia onset and risk-related behaviours.

A third key issue is the reliance and pressure on informal carers. Almost three-quarters of older people receiving care at-home depend on an informal care provider.

If informal care requirements double, as the 65+ cohort is expected to do, this means that Australia will be relying on almost 500,000 informal carers to look after older people.

Two possible initiatives that could assist with the challenges of ageing in place, are the introduction of a recycling scheme for assistive technology (AT), and the development of a national “social+care” network for older people.

One possible solution to help address the complex issues associated with ageing in place is a subsidised assistive technology (AT) recycling or re-use program.

A cost-benefit analysis, conducted by the National Aged Care Alliance, estimated that the use of AT is cost effective: an individual who uses ATs (for example walkers; handrails) could ultimately save the healthcare system up to $300,000 over five years, stemming from decreased health, safety and happiness risks, and manifesting as things like fewer GP visits and hospital admissions.

However ATs can be expensive. Not only does cost present an upfront barrier for individual users, installation of AT into personal homes for use by only one or two people is not a cost-effective use of resources on a macro level.

An alternative proposal, therefore, is to implement an AT re-use scheme – a program where the government reallocates used ATs, subsidising the cost of acquiring them, and only charging for operational costs.

A core problem to consider with second hand AT, is product quality, lifespan and “planned obsolescence”.

It is my position that if the government introduced a funded AT recycling scheme, it would incentivise AT developers and manufacturers to design for sustainability and longevity, as this may win them large government tenders for equipment.

With technology waste being such a topical issue, an aged care scheme which has a secondary benefit of supporting sustainability would be well-received by policy makers and the public.

It is worthwhile noting that there are existing AT reuse policies outside Australia – mainly in the USA. Using the American programs as a reference, there are three key intrinsic issues which make these initiatives (in their current form) unsuitable for Australia.

Another potential solution is a social and care network for the elderly, their families, friends and carers. A combination of MyHealthRecord and Facebook would be ideal; a centralised community focused on health and well-being.

Though such technologies are emerging on a small scale, there needs to be a wider, more comprehensive, government-endorsed system.

A well-designed network could help to increase the independence of those ageing in place, while simultaneously decreasing loneliness or isolation.

For informal carers, this kind of technology could ease a portion of their burden. Carers could check in remotely with friends or family members, creating a more efficient informal care system.

On a system-wide level, this idea will improve transparency between all levels of the health system – providing a one-stop-shop for medical and care information, as well as a place for care recipients to record their own symptoms, preferences and notes.

While barriers like Information and Communications Technology skills and training, technical infrastructure, security and privacy may present issues for successful implementation, these aspects are implicit in most aspects of the ever-increasing reliance and use of technology.

These problems can be effectively managed with appropriate planning and monitoring.

Ultimately, these sorts of systems will help to achieve the end goal: which is to improve the quality of care given to individuals in their own home, where they prefer to be.