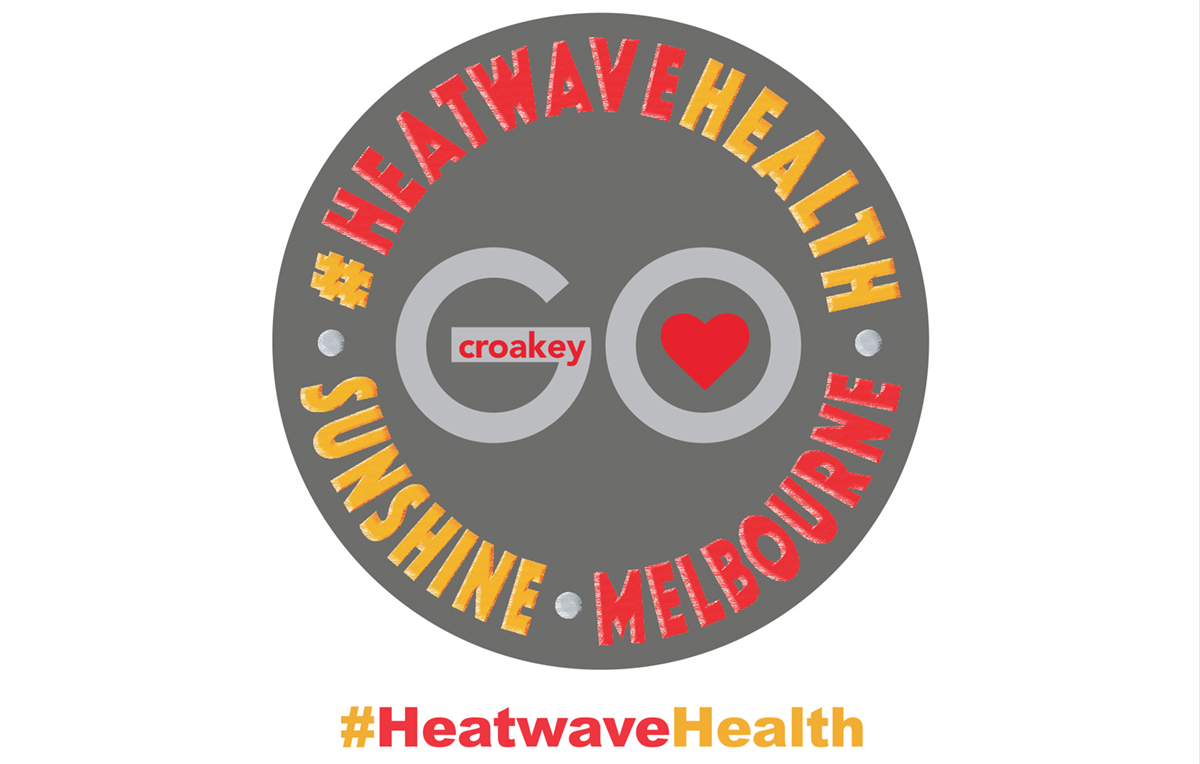 Please join us for this timely event

Ahead of a dangerous summer, join us in addressing #HeatwaveHealth

A new report has spotlighted current and future health threats arising from an increase in Australians’ exposure to heatwaves, and sets the scene for discussions next week at a #CroakeyGO at Sunshine in western Melbourne with the theme #HeatwaveHealth.

It also coincides with the launch of a new publication from the Public Health Association of Australia (PHAA), ‘Staying Safe from Heat’, which encourages individuals, families and communities to get informed about managing the health threat of extreme heat.

Those at increased risk include older adults, children, and people who are sick or overweight, who have underlying medical conditions, especially heart disease, and those living with poverty, and who are socially isolated. People who are physically active or work outdoors in the heat are also of concern.

The PHAA publication suggests that people who are elderly or on regular medicines should make a heatwave plan with their GP. 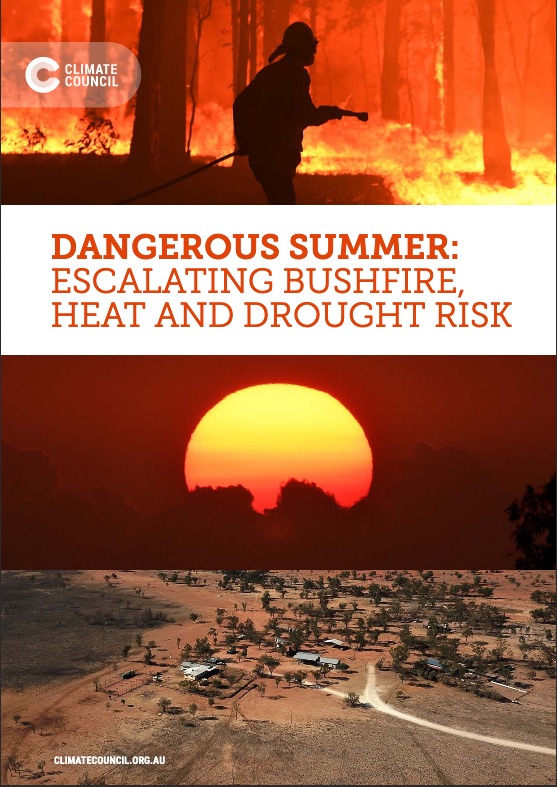 A heatwave is defined as a period of at least three days where the combined effect of high temperatures and excess heat is unusual within the local climate. Thus, a heatwave for Hobart will occur at lower temperatures than one for Alice Springs. Excess heat occurs when unusually high overnight temperatures do not provide relief from daytime heat.

Titled ‘Dangerous Summer: Escalating Bushfire, Heat and Drought Risk‘, the report says that during the 2018/2019 summer, exceptional heatwaves occurred, which were notable for their continental-wide scale, as well as for breaking records for duration and individual daily extremes.

Meanwhile, the 11 December #CroakeyGO will be an opportunity to learn about how the Hot Spots projects – collaborations between community health and social services providers, local government and emergency services – are reaching out to community members who are most at-risk during extreme heat events.

Croakey readers are invited to participate by attending the walk (see the itinerary here), or by participating online. See the tip sheet below, and download a copy here. 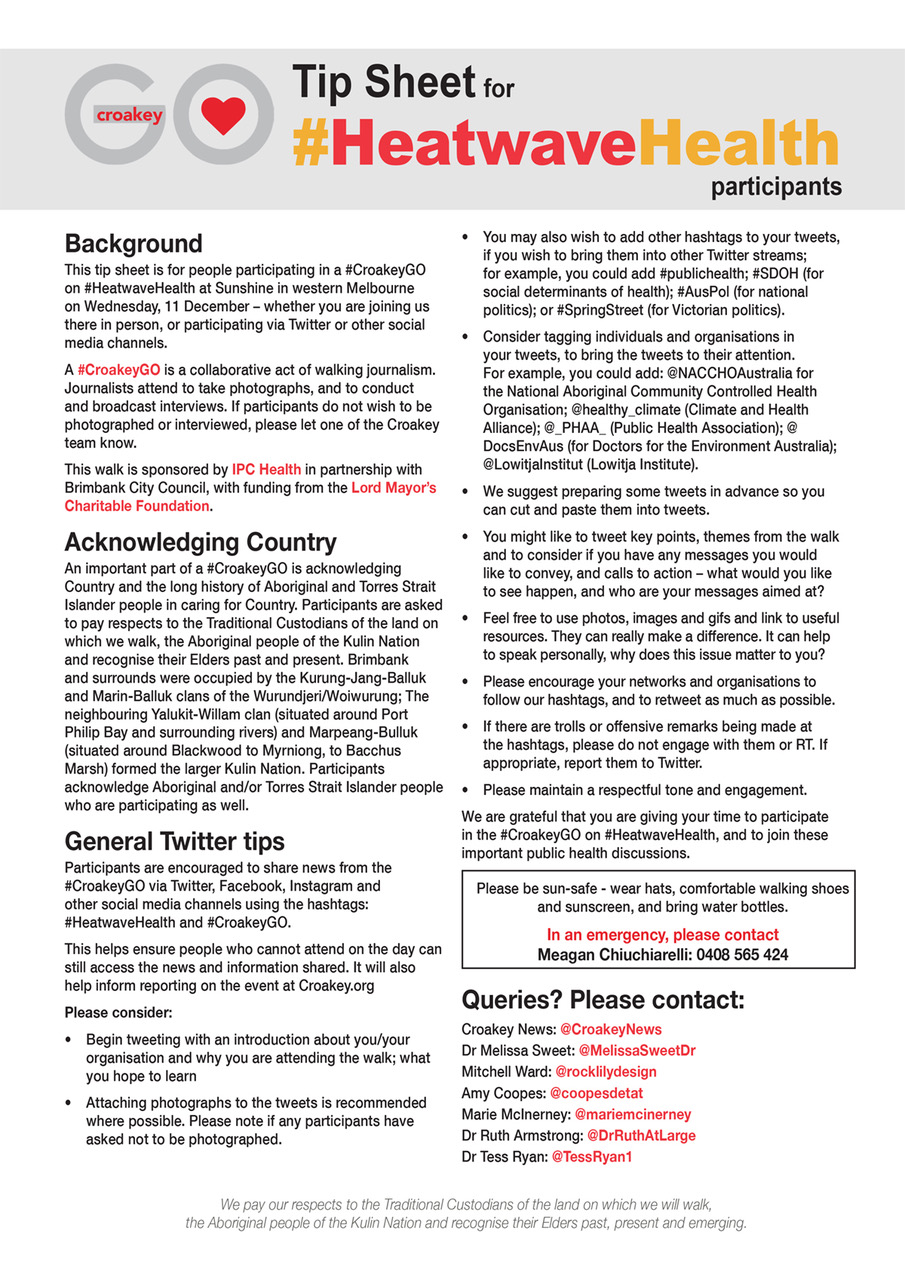 • Bookmark this link to track our coverage of the #HeatwaveHealth #CroakeyGO.