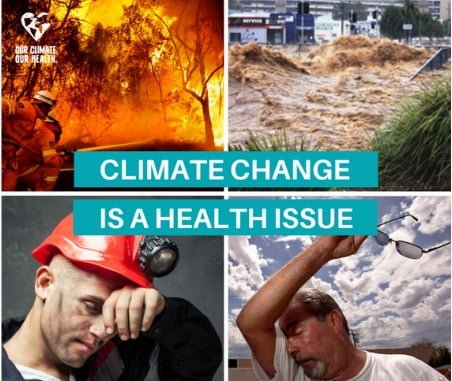 Image from Climate and Health Alliance flier for 21 September symposium

Ahead of climate and health symposium, review spotlights global inequities in heatwave research

Introduction by Croakey: About 50 people from the health sector, local and state government, professional and industrial associations, research, academia, philanthropy, environmental organisations and civil society are expected to attend the 2018 Climate and Health Symposium in Melbourne this Friday.

Fiona Armstrong, executive director of the Climate and Health Alliance, who recently attended the Global Climate Action Summit in California, will tell the symposium about the momentum and commitments to action that are happening elsewhere in the world (see this report about the Summit outcomes).

“But as the 1.5 degrees report from the IPCC will tell us in a few week’s time, the urgency is immense, the task of capping emissions and plunging our global and national emissions trajectory downward is upon us, and there can be no prevarication or further delay,” she told Croakey ahead of Friday’s meeting.

Meanwhile, a new study, published in the journal Health & Place, has underscored the importance of centring equity in all responses to climate change – including in research.

A review examining how research on heatwaves and their health-related impact is distributed globally found that the people most at risk of death and illness from extreme heat are under-represented in this research.

The review’s lead author, Sharon Campbell, a PhD candidate in climate and health at the Menzies Institute for Medical Research at the University of Tasmania, writes below that we need to take action at all levels to create a community of care, where fairness is the norm.

Recently, there’s been a lot in the news about heatwaves, with record summer temperatures across many parts of Europe, Japan and North America. In the future, we can expect these records to become the new normal, raising questions about our ability to adapt and respond in a warming world.

It’s well understood that heatwaves kill people—lots of people—and place a significant burden on health systems when they occur. In Australia, for example, heatwaves are responsible for more deaths than all other natural disasters combined.

We get this understanding from heatwave and health impact studies conducted over a number of years, demonstrating that when a heatwave happens, there is a corresponding increase in ambulance dispatches, hospital presentations and deaths.

Unsurprisingly, some population groups are more at risk from heat injury and illness than others, including the very old, the very young, those with existing chronic medical conditions (such as heart disease, diabetes or asthma), those with physical or mental disabilities, and those from more rural or disadvantaged regions. Unlike other natural disasters, heatwaves discriminate by touching those least able to adapt and respond.

This research is used by public health policymakers to create robust and targeted responses to forecast heatwave events, which reduce the incidence of heatwave death and injury. Heat illness and injury is highly preventable, setting it apart from many other public health issues. Stay cool. Stay hydrated. Stay out of the sun. The advice to be well in a heatwave is simple and free.

What is a heatwave?

Heatwaves can happen anywhere in the world – from the already warm tropics to the cooler latitudinal extremes.

This ‘departure from the norm’ dictates how easily the affected population can adapt to a higher temperature – too radical an increase and heat illness starts to show. A heatwave in Hobart will happen at a lower temperature than a heatwave in Darwin, because Hobart generally experiences much cooler temperatures for most of the year, and the population has adapted accordingly.

So heatwave and health impact research is relevant to all corners of the world, and particularly to those regions experiencing a greater degree of vulnerability. 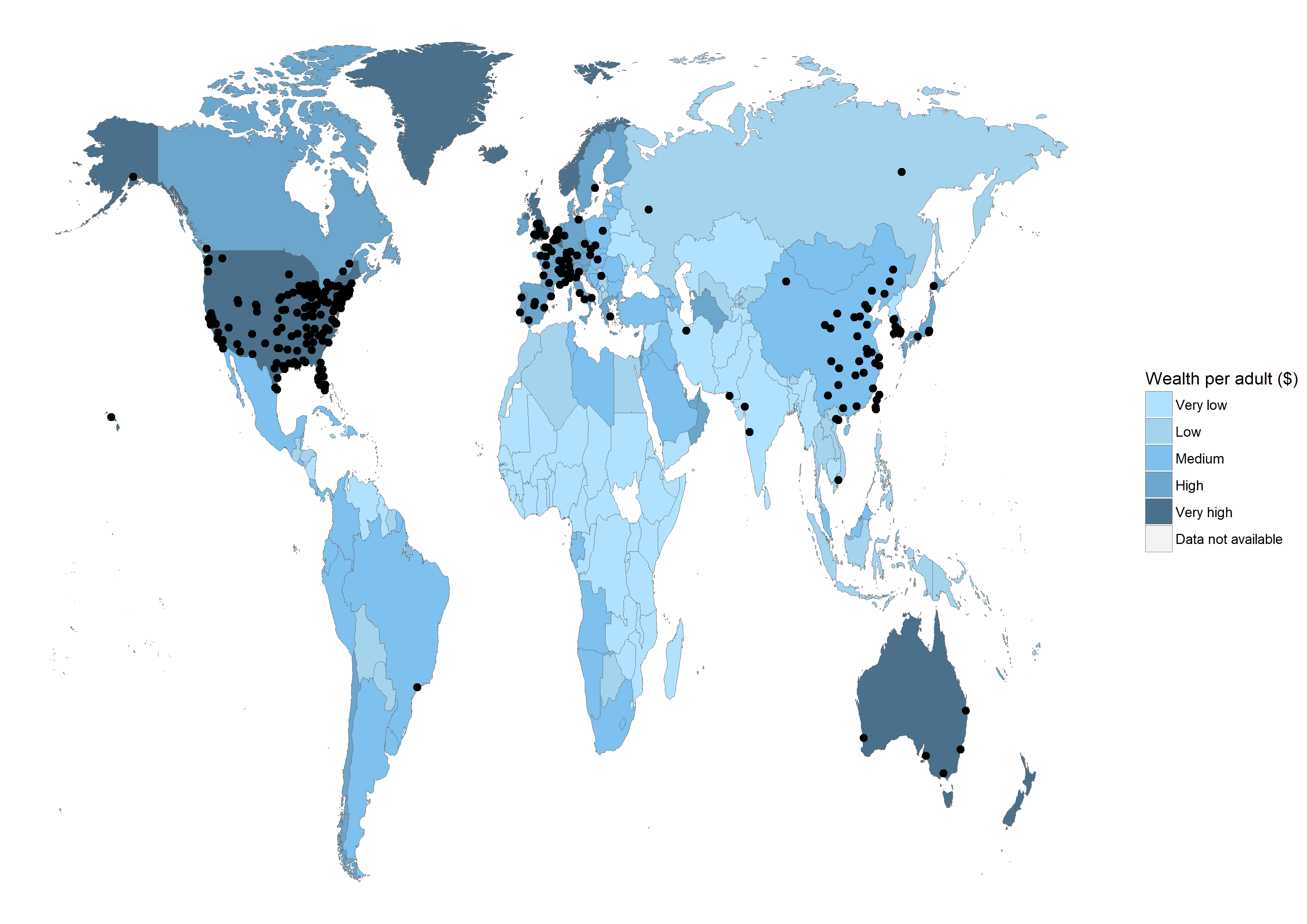 Richer nations, such as Australia, the United States and southern European countries, show a greater proportion of heatwave and health impact research published to date, leaving poorer regions in South America, Africa, the Middle East and many parts of Asia without vital evidence to support an adequate public health response. 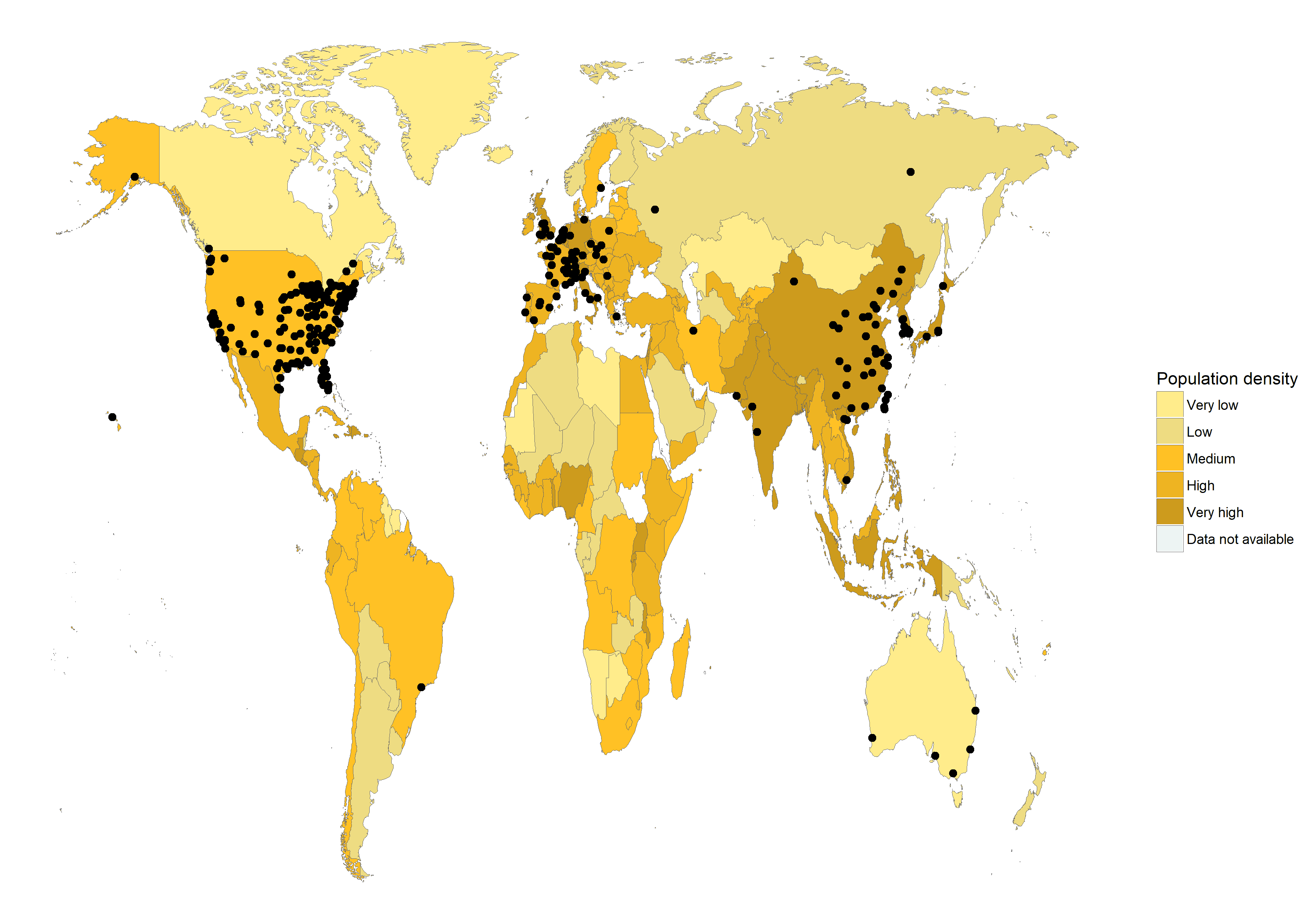 And what about those regions increasingly projected to reach non-survivable temperatures for humans, including The Middle East, India, Pakistan and Bangladesh? They have the existing burden of poor income and high population density, making them the most vulnerable to high rates of heat illness and death in the world. Virtually no research exists on heatwave and health impact in these regions, let alone locally appropriate and effective interventions.

In many ways, these results shouldn’t come as a surprise.

According to the World Health Organization, nations with less available capital have poorer health services, leading to less reliable data collection systems, and reduced research capacity than richer nations. Heatwave and health impact research could act as a case study for many such research inequities. Our understanding of the microsystems of health inequities appear at the macro level as well.

Research shows that the greatest burden of climate change is felt by those nations contributing the least emissions, and this disparity will continue to rise in the future.

And it’s time for change.

Our actions can be large or small, provided the result is a reduction in health inequity.

We can let our elderly neighbour know of an impending extreme weather event, or we can lobby politicians to support the Paris Agreement. We can volunteer at a local support service for the homeless, or we can donate to a hospital in a poor country. There are many forms of action that create a community of care, and where fairness is the norm.

When we improve the health of those most vulnerable, we improve everyone’s health.

Increasing our efforts to improve the lives of those less fortunate serves to help us all. This applies from the micro scale when we help our neighbour, to the macro scale when we critically assess how we can interrupt a global narrative.

PrevPreviousDownload our series on the implications for Indigenous peoples of the UN NCDs declaration
NextOn the road (for 900 kms) to a nuclear ban treaty: ICAN urges Australia to sign upNext