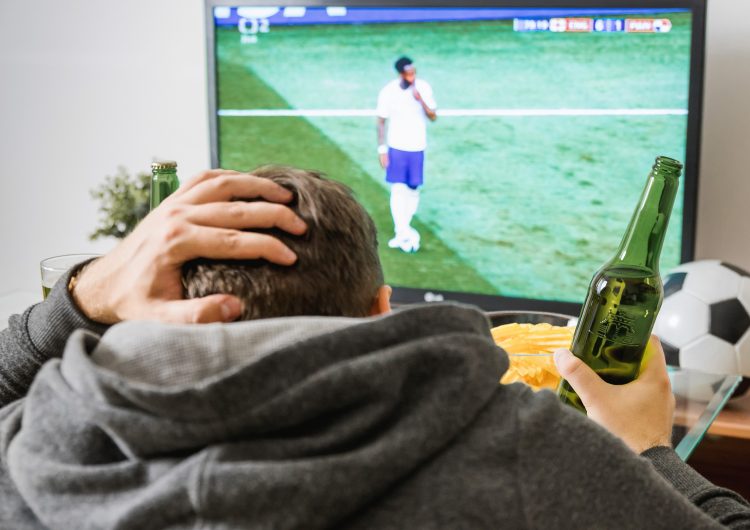 Two in three survey respondents say they do their heaviest drinking at home. Image by Jan Vašek from Pixabay

Alcohol harm hiding in the home

Introduction by Croakey: Pubs, clubs and restaurants have been off-limits for many during the COVID-19 pandemic, but this restriction hasn’t curbed Australians’ drinking habits.

In fact, a Foundation for Alcohol and Education (FARE) Alcohol Poll released today has found that the home setting is where some of Australia’s heaviest drinking occurs.

Here Luke Hutchins and Siang Jin Law of FARE outline the poll findings, and call on policymakers to take action on alcohol harm in the home.

The COVID-19 lockdowns have impacted licensed venues with restricted trade at different points in time. For Australians who drink alcohol, this has meant consuming alcohol in the home.

But where do people usually drink alcohol? Home is the primary place where most people drink in Australia. The Foundation for Alcohol Research and Education (FARE) Annual Alcohol Poll 2020: Attitudes and Behaviours surveyed more than 2,000 Australians in January 2020 just before COVID-19 lockdowns began in Australia.

For many people, it is still surprising to hear that Australian’s drink most frequently in the home. This is because home drinking is hidden from public view.

But home is where policymakers need to turn their attention when considering the health and safety of our communities.

To further understand what this data means, the poll asked where people drank their largest quantity of alcohol on a single occasion in the past year. Two thirds (67%) of people said it was in the home, while 33% said it was outside the home, such as at a pub, restaurant or event.

In other words, more people engage in heavier drinking sessions inside the home than outside.

The trend is more pronounced for older people, with 77% of people aged over 50 having their heaviest drinking session at home.

The data makes sense when we think about the home drinking environment. At home, it can be harder to track alcohol use. Standard drinks usually aren’t measured. Finishing a drink isn’t punctuated by another visit to the bar either — instead glasses are usually refilled quickly which makes it easier to lose track of how many drinks we’ve had.

With home as the primary location for drinking, there has been an emergence of online alcohol retailers such as Jimmy Brings, BoozeBud, and companies like BWS and Dan Murphy’s also now delivering.

This proliferation of alcohol delivery into the home has increased during COVID-19, with Woolworth’s third-quarter sales results showing Endeavour Drinks online sales increased by 43%. This is unsurprising as advertising by alcohol retailers has been ubiquitous during COVID-19 lockdowns, with some even offering ‘isolation packs’ for delivery.

FARE’s poll found that of people who had an alcohol delivery arrive within two hours, the majority (70%) drank more than four standard drinks on that occasion and 38% drank 11 or more standard drinks.

So how should we respond to alcohol delivery increasing the risk of heavy drinking at home?

There is a community expectation that alcohol is not sold to a person who is intoxicated, but evidently this expectation is not being upheld with home delivery. There are also risks of alcohol supply to children from delivery, yet to be properly controlled in online sales.

In Australia, government regulation is lagging behind community expectations.

We are beginning to see action with draft legislation coming before the NSW Parliament soon that would introduce a ban on unattended same-day delivery and proper age verification for same day deliveries; however, key issues yet to be addressed are late night delivery and delivery within two hours.

NSW research shows alcohol-related assaults increase significantly later at night, with domestic assaults peaking at 6pm-9pm. Suicides and sudden or unnatural deaths involving alcohol predominantly happen at night, in the home environment, according to 2009 research published in the Journal of Forensic Science .  There are also other harms in the home that alcohol use can exacerbate, such as child abuse and neglect.

To reduce the risks of these harms and stop retailers from delivering late at night to homes, alcohol home delivery should only occur before 9pm. Currently in Australia, alcohol can be delivered much later. For example, the draft NSW legislation proposes a cut-off delivery time of midnight for all days except for 11pm on Sunday.

Speed of delivery is the other issue. Delivery of alcohol within two hours can extend a drinking session that would have otherwise stopped. In fact, the VicHealth study found that 40% of people would have stopped drinking if this type of alcohol delivery wasn’t available.

Currently there are no limits on the speed of a delivery in Australia. A minimum time of two hours between order and delivery would be a sensible response to ensure alcohol delivery is not supplied to people who are already intoxicated.

There is a high level of public support for action on alcohol harm in the home. FARE’s Poll found 85% of Australians are concerned about alcohol-related family violence and the Australian Institute of Health and Welfare National Drug Strategy Household Survey 2019 found 78% support stricter enforcement of the law against alcohol supply to people who are intoxicated.

Luke Hutchins is FARE’s policy and research adviser and Siang Jin Law is a student at ANU and FARE intern.