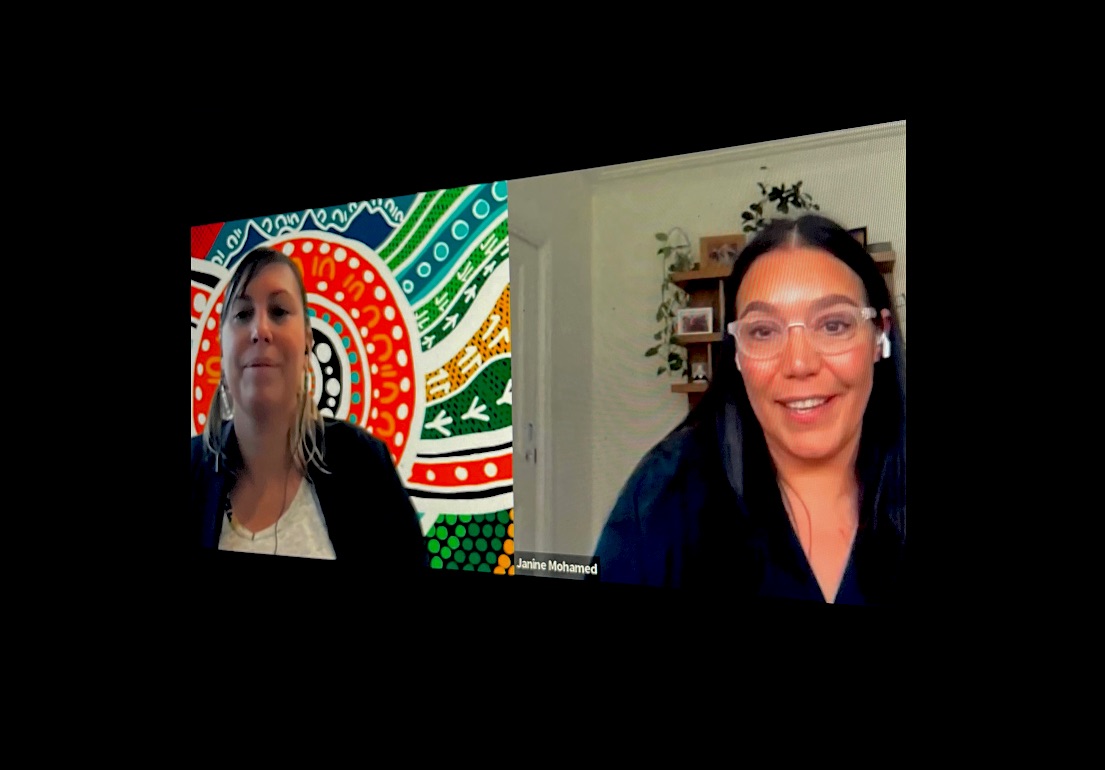 This article was first published on Wednesday, September 21, 2022.

The Guardian reports that judge Mordecai Bromberg set aside approval for the drilling, part of Santos’s $4.7bn Barossa project, and gave Santos two weeks to shut down and remove its rig from the sea north of Melville Island. He said the offshore oil and gas regulator Nopsema failed to assess whether Santos had consulted with everyone affected by the proposed drilling, as required by the law.

“This is a huge victory for the Munupi Clan + a testament to their strength + dedication in the face of one of the biggest mining companies in the country,” tweeted Alina Leikin, Special Counsel at the Environmental Defenders Office. “It will have national and global implications for consultation with First Nations peoples on mining projects.”

Meanwhile, Origin Energy’s announcement that it will sell its share of the Betaloo Basin project ahead of a wider exit from new gas ventures has been hailed as “a major win for the region’s Traditional Owners” although the fight to protect the basin from fracking is far from over.

Johnny Wilson, Chair of Nurrdalinji Native Title Aboriginal Corporation, has pledged to continue the fight: “Whether it’s Origin, Tamboran, Santos or any other company, Traditional Owners will continue our opposition to fracking, which we worry will damage our country, water, sacred sites and songlines which are passed down for us to look after.”

The Betaloo win demonstrates how Indigenous people around the world are playing a key role in warding off the worst of the climate crisis, through opposing fossil fuel projects on their lands, as well as through their management of 38 million square kilometres of land across 87 countries, researchers wrote at The Conversation.

Meanwhile, the importance of the health sector amplifying the voices and expertise of Aboriginal and Torres Strait Islander people in caring for Country was profiled at a webinar this week, reports freelance journalist Jade Bradford, a Ballardong Noongar woman.

The webinar was co-hosted on Monday by the Lowitja Institute and the Climate and Health Alliance (CAHA).

Mohamed, a proud Narrunga Kaurna woman, was the keynote speaker, with the discussion facilitated by Dr Summer May Finlay, a Yorta Yorta woman, senior lecturer at the University of Wollongong and contributing editor at Croakey.

During the session, Mohamed spoke of the disruption climate change is inflicting on the cultural and spiritual connections to Country that are central to Aboriginal and Torres Strait Islander people’s health and wellbeing.

“When Country is unwell, we lose things like sacred sites, that includes things like paintings and caves but it’s so much more than that,” she explained.

“It’s very much tied in with our stories of creation and ceremony… when Country is not well it means a loss of food sources and food security for us.”

Loss of food sources deprives Aboriginal and Torres Strait Islander people of important nutrients that keep their bodies healthy and resilient against illnesses.

Mohamed called for Aboriginal and Torres Strait Islander people to be acknowledged as a priority population during discussions because, “we’re on the frontline of climate change and its impacts”.

Don’t talk of us as a vulnerable population in relation to climate change, but use strengths-based framing that acknowledges us as a priority population, she said – a statement that Finlay also supported.

In the discussion paper, released by the Lowitja Institute in partnership with the CAHA, an example features the Arabana people, Traditional Owners of Kati Thanda (Lake Eyre in South Australia) who led the analysis of local areas affected by climate change.

The opportunity for Arabana people to lead in these discussions began a healing process which redressed the impacts of dislocation caused by colonisation.

Speaking about the discussion paper findings, Mohamed spoke about how Aboriginal and Torres Strait Islander people are again being forced from Country, pointing out that this is not the first time since colonisation.

“I think what [the discussion paper] highlighted exactly what COVID did; that it’s compounding those historical injustices Aboriginal and Torres Strait Islander people already had in situ and remained unaddressed,” she said.

Mohamed emphasised she supports the implementation of the Uluru Statement from the Heart and a Voice to Parliament, saying a ‘yes’ answer to the upcoming referendum is critical to race relations in Australia.

“If we had a Voice right now it might give us some input into legislation…we would have a voice at the table in Parliament where many discussions are happening,” she said.

Referring to the recent Climate Change Bill, Mohamed said she didn’t believe the Aboriginal and Torres Strait Islander community had the opportunity to provide input.

She pointed out that Aboriginal and Torres Strait Islander voices would have been elevated at the COP 26 if a Voice had been in place at that time.

“We could have been leading the Intergovernmental Panel on Climate Change (IPCC) assessments [and] our communities would be included in national migration planning,” she said.

“These are crucial conversations that impact significantly on our people.”

Referencing the research, Mohamed said systems need to be culturally safe and need to be held accountable to cultural safety.

“We need to embed cultural safety into all systems including legislation so that we can begin to work with the system for all health professionals,” she said.

“There are good people that are present and then they leave and everything that happens goes with them out the door.”

In conclusion, Mohamed said embedding cultural safety into systems needed to be closely monitored and tracked, and that progress needed to be shared with communities.

“I think we have to use the system against itself; that’s legislation, that’s accreditation standards, the education system… and really embed climate change mitigation into those systems,” she said.

• Indigenous Delegates to the COP 27 meeting, to be held in Egypt in November, and all other Indigenous peoples interested in learning more about this global climate meeting are invited to participate in a series of free training sessions. More information is here. 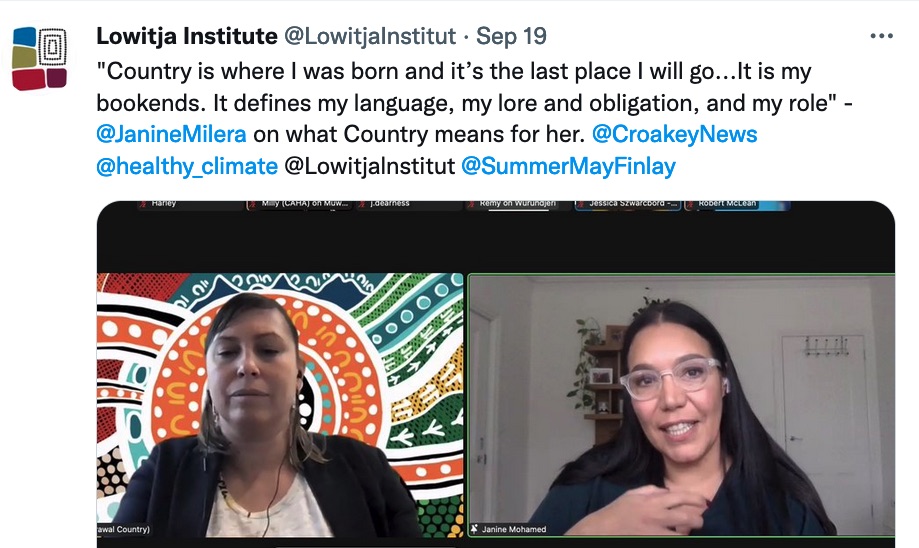 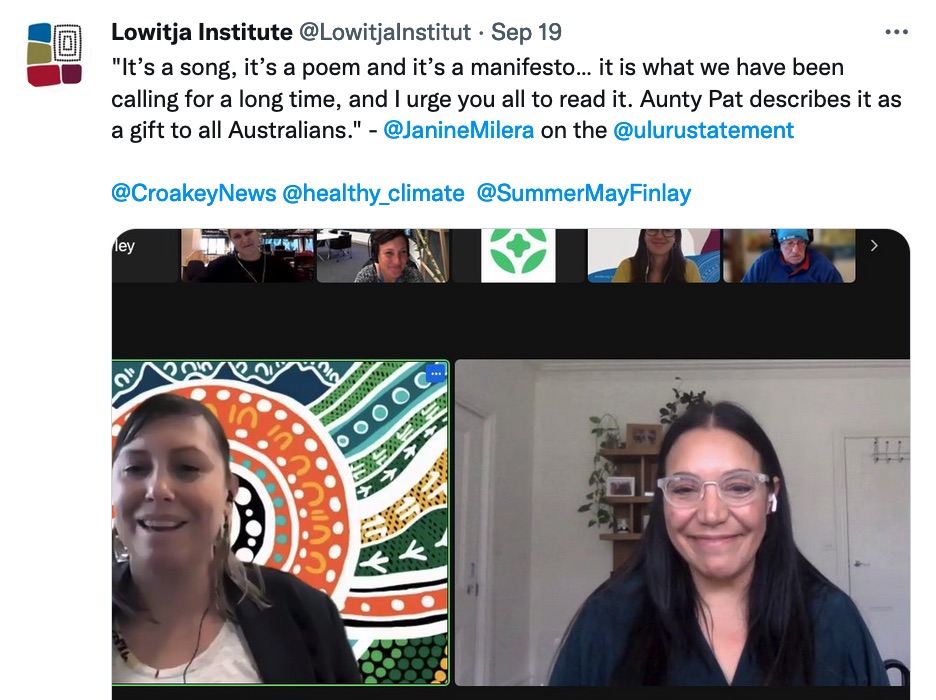 PrevPreviousOn community health and wellbeing, these new MPs bring diverse experiences and deep insights
NextOn the pathway to greener healthcare: from the Hunter Valley to Darwin and beyondNext