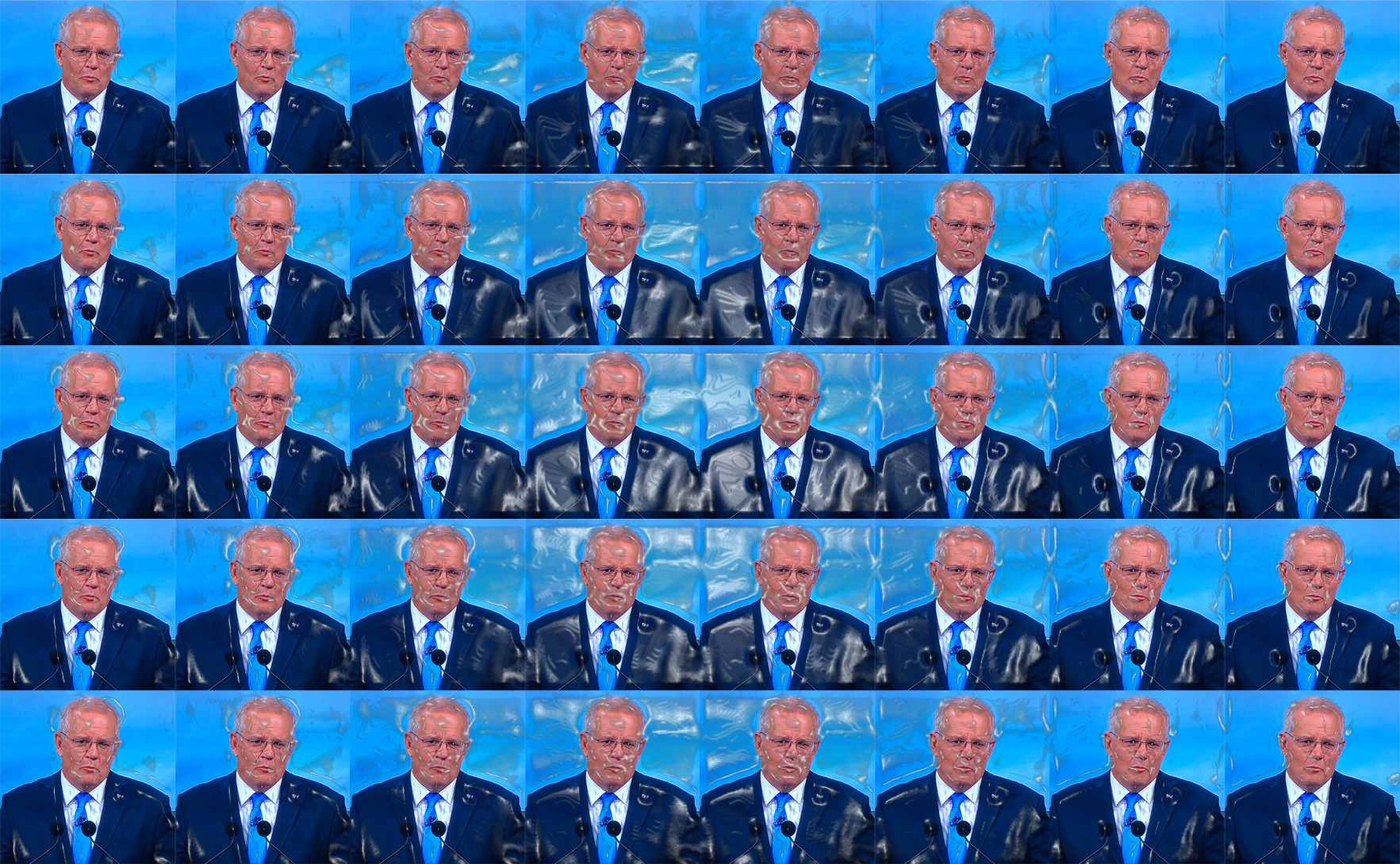 Revelations that former Prime Minister Scott Morrison secretly took on multiple extra portfolios – including having himself appointed as Health Minister – have caused shock, horror and anger, as well as a deal of confusion.

A Professor of Constitutional Law says the situation is intolerable and that Parliament must act to ensure such a situation never arises again.

Regular Croakey contributor Charles Maskell-Knight is not as concerned as many others, however, and explains why below.

Even though I have now escaped the public service I have been following this week’s revelations about Scott “Multitasker” Morrison with interest. However, I am more sanguine than many other commentators about the possible damage his secret antics may have caused.

But before I explain why, it is worth examining the suggestion that there was some rationale for the Prime Minister’s joint appointment as the Health Minister.

It is true that Chapter 8 of the Biosecurity Act 2015 setting out the Health Minister’s powers in dealing with a human biosecurity emergency provides at section 474 that the powers may only be exercised by the Minister personally. As well as the power to determine general requirements for managing the emergency in the form of a non-disallowable legislative instrument (section 477), the Minister is also empowered to give directions to individuals (section 478).

It could be argued that the power to give directions should be available at all times during an emergency. If the Health Minister were to take a plane trip from Brisbane to Perth and be uncontactable for four hours, the availability of a joint Minister would allow directions to be made during that period.

This is a weak argument, but it is far stronger than the argument that a joint Minister is needed because the Health Minister could become incapacitated by illness.

Any Minister could become incapacitated at any time, and there are well-established protocols to appoint acting Ministers to deal with these circumstances. The last 120 years have not demonstrated a need to have an understudy Minister in every portfolio with full powers ready in the wings to deal with illness or other emergencies.

The reason I don’t believe secret Ministers can do much damage is because the exercise of Ministerial power is nearly always publicly visible. If the point of political power is to change the behaviour of society, the results of its exercise cannot be secret.

Ministers have the power to make the law through legislative instruments. But these are published on the Federal Register of Legislative Instruments, and generally do not take effect until they are registered. (Under section 12 of the Legislation Act 2003, if an instrument commences before registration it cannot disadvantage or impose a liability upon a person until it is registered.)

Ministers have the power to confer entitlements under legislation – permits, licences, approvals, authorisations.  In many cases these are published or maintained in a public register.  Even if they are not, a person operating under an approval from a secret Minister will sooner or later be asked by a regulator for their authority to operate, and the beans will be spilled.

Ministers have the power to make appointments to a wide range of statutory positions. Any appointment by a secret Minister runs the risk of conflicting with an appointment by the real Minister to the same position, again leading to public disclosure.

And Ministers have the power under the Public Governance, Performance and Accountability Act 2013 to authorise expenditure up to the amount appropriated. These decisions are subject to scrutiny by the Auditor-General. The exercise of independent power by two Ministers again runs the risk that they will fall over each other.

All in all, I think the capacity of a secret Minister to make decisions in place of the real Minister and get away with it unobserved is virtually zero.

According to Morrison, the only time he exercised the ministerial powers he had usurped from others was his decision on the PEP-11 licence renewal, which is now before the Federal Court.

The reality is that Prime Ministers don’t generally have to intervene in this ham-fisted way to achieve their goals. Any Minister contemplating a potentially controversial exercise of their powers will despatch a minion to the PMO to discuss the issue. And the matter will be elevated in the PMO to an appropriate level, which may well involve a discussion with the Prime Minister.

It is hard to imagine the Prime Minister intervening to make the PEP-11 decision unless he was well aware of the real Minister’s likely decision on the matter.

Commentators concerned about the arrogation of power by the Prime Minister should read the section of the Cabinet Handbook dealing with appointments. Even though the legislation establishing numerous statutory bodies provides that the board will appoint the CEO, the Handbook states that the Prime Minister’s approval should be sought for:

“full-time chief executive officer (CEO) positions in such agencies (where the board selects the CEO, the Government should be consulted and the minister should not signify agreement without the approval of the Prime Minister)”.

In other words, the official guide to transacting government business provides for Prime Ministerial power to operate in contravention of the clear language of the statute book. While this mechanism may not have led to the debauching of government appointments over the last decade, it has certainly not assisted in averting it.

Damien Cave writing in The New York Times attributes the “volcano of criticism” of Mr Morrison’s multiple appointments to Australians’ abhorrence of the centralised power of a presidential system. He suggests that “most Australians are proud of their Westminster model of parliamentary democracy, in which ministers are empowered to decide how wide swaths of the government operate”.

The fact is that over the last two decades Australian Prime Ministers have extended their soft power over government. While this power has generally relied on the trust and respect they receive from their Ministers, it has been assisted by a PMO which employs almost one in eight of all Ministerial staff.

It speaks volumes about the dynamics in the Morrison Government that the Prime Minister thought it necessary to assume direct power through covert means. 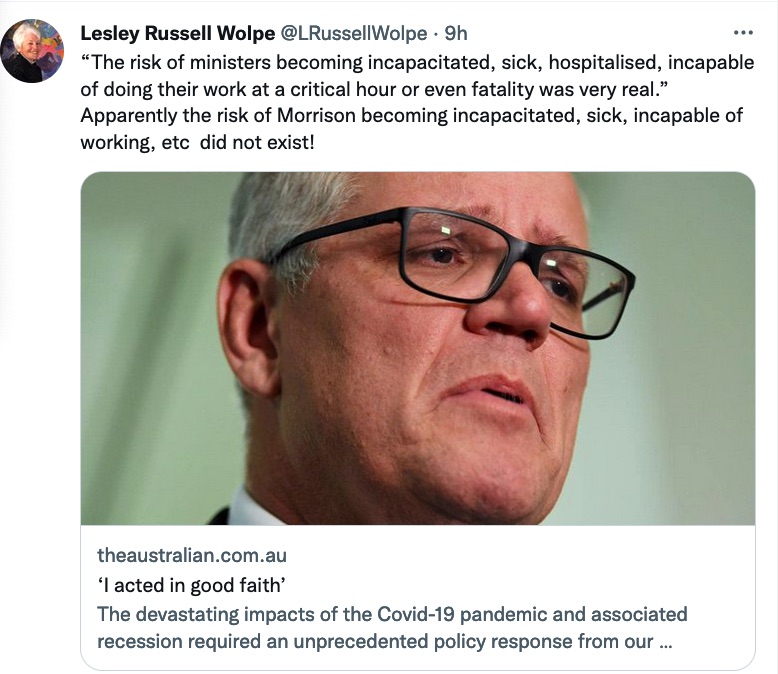