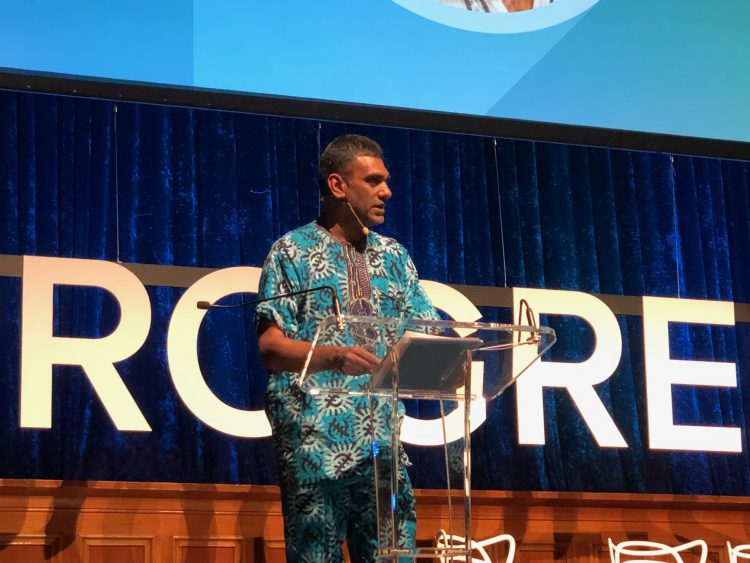 Australians have been urged to consider civil disobedience to pressure governments to raise the age at which children can be locked up behind bars.

The Secretary-General of Amnesty International, Dr Kumi Naidoo, made the call during a presentation to the Progress 2019 conference in Melbourne yesterday. Amnesty’s #RaiseThe Age campaign is advocating for an increase in the age of criminal liability to at least 14.

His call came as the Royal Australasian College of Physicians (RACP) issued a statement calling for urgent law reform, in the wake of “horrific” reports of a young Indigenous boy with intellectual impairment being left naked in detention in Queensland for days.

RACP spokesperson and paediatrician Dr Mick Creati said that the shocking reports of neglect and abuse of a young boy in a Queensland watch house must prompt the Government and policy makers to act urgently to halt the systematic abuse experienced by young people in custody.

“The RACP wants all governments to move to raise the minimum age of criminal responsibility from 10 to 14 years, in line with the significant body of evidence on child brain development and United Nations recommendations.”

Creati said the fact that this issue is disproportionately affecting Indigenous young people is of serious concern, reflecting the systemic racism inherent within the judicial systems. He said:

Until we see proper recognition of the fact that children under the age of 14 have less capacity than adults to process information, plan, recognise the consequence of their actions and minimal impulse control – we’ll continue to see very unjust and cruel outcomes.

Adolescence is a critical time in a person’s development. Isolation and a lack of access to health services are damaging to the healthy development of a child.

If we remove these children from families, schools and positive influence it becomes even more damaging – locking in a vicious cycle that is very hard to undo.”

Meanwhile, Naidoo urged progressive movements to lift their game in communications and in engaging with the wider public in order to tackle a convergence of crisis that “threaten humanity like never before”.

He listed as five key challenges facing the world:

“While we are winning many battles, if we are brutally honest with ourselves we have to concede that we are losing the overall war to ensure justice, human rights, sustainability and decency for people around the world,” Naidoo said.

Climate change “represents a terrible reminder of how power in the world still fundamentally remains racist and unequal with the lives of people who live in places who are seen as far away from the centres of power are never respected in the same way as those who are seen to be powerful”.

Naidoo challenged conference participants to reflect upon their communications with the wider public.

We need to talk in more accessible ways; we need to use arts and culture much more than we do and we need to understand where the cultural vibe in our various societies are …

We need to humble ourselves, go to the people, learn from them, listen to them, and to ensure if a struggle is won, the people must say, we have done it by ourselves.”

Naidoo also urged progress movements to break out of silos and to work across differences.

“One of the most catastrophic errors we have made in climate change was allowing climate change to be framed as an environmental issue. Climate change is a completely cross cutting issue as we are finding.”

And Naidoo called for moral courage.

He said that “if ever there was a time for civil disobedience, it is now”, and urged conference participants to stand up for the “indefensible age limit” for criminal liability which sees children as young as 10 detained in custody.

“Let’s push our governments and mobilise moral outrage to ensure children in Australia can do what children need to do.”

Watch his presentation below.