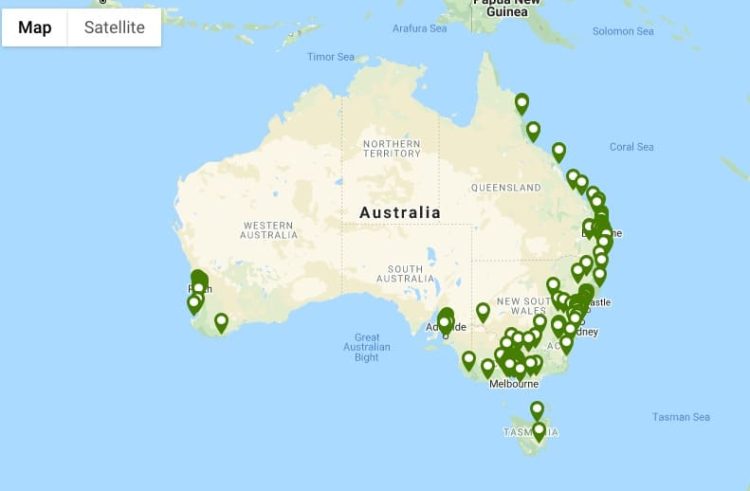 Introduction by Croakey: In March, the Foundation for Alcohol Research and Education (FARE) wrote to the Board of Woolworths asking them to consider their legal responsibilities as directors in relation to the company’s push to develop one of the country’s biggest Dan Murphy’s stores in Darwin.

Concerns about the health and safety impacts of the store have been raised by the NT branch of the Public Health Association of Australia, FARE and the Aboriginal Medical Services Alliance Northern Territory, as well as other community and health groups.

FARE CEO Caterina Giorgi said Woolworths could not have picked a worse location for their alcohol megastore, within two kilometres of the Bagot Community, Minmarama Park Community and Kulaluk Community – and right next to a six-lane highway.

“Make no mistake, this store, in this location, will fuel more harm. The NT Liquor Commission has made that clear, yet Woolworths continues to do all in its power to ignore the law and now change the law – seemingly hell-bent on serving their own corporate interests,” Ms Giorgi said in a statement.

(FARE has received a response from Woolworths but is not making the correspondence public due to proceedings now underway in the NT Civil and Administrative Tribunal regarding Dan Murphy’s. A tribunal hearing on 15 May was adjourned until 12 June.)

In the article below, Helen Fejo-Frith, a Bagot Aboriginal Community Elder, urges the Chairman of Woolworths to “have a heart” and stop trying to build the store close to her dry community.

I watch over my family carefully. When our mob gets together they call me mum, aunty, or nan and they behave when I’m around cause they’ve got respect for us Elders. I have ten kids, eight are still alive, and 37 grandkids, plus 37 great-grandkids.

My name is Helen, and I’m the oldest female in the Bagot Aboriginal Community north of Darwin’s CBD. But at the ripe old age of 73 I’m fighting fit and still going strong for my people.

I want a happy and peaceful future for all my family and community, and hopefully when I’m gone, everything will be really good for them growing up, as they teach their children and grandchildren about country and our history in the Northern Territory.

That’s my hope. The kids are what drive me to speak up, and so I’m using my loud, strong voice again because there’s something bad going on up here that I’m trying to make better.

It’s alcohol. Alcohol is a very big problem at the moment. And even now, now that the coronavirus is here, it seems like they’ve gone double the amount of drinking in and around Bagot.

I walk about 20 kilometres around Bagot every day talking to people. It’s become my routine over the years. I get up in the morning and it’s always a case of you’re listening out, and if you hear a little bit of noise you’ll say, what – they’re starting already?

I’m not judging my people – cause I experience what’s going on every day and I’m always talking to people about it – but we have an alcohol problem that’s only going to get worse if this big Dan Murphy’s bottle shop gets built up the road, selling cheap grog and making it real easy for people to have more drinking sprees and getting into more trouble.

People will travel in and see cheap alcohol and they’re going to be piling their cars up, and this will create a lot more bootlegging, and cause more accidents and we’ll lose more lives, just like the one’s we’ve already lost on Bagot Road because of alcohol.

Because of the cheap alcohol, it’ll either create big mobs of people getting hurt or mean seeing the kids missing out, because that’s one of the worst things I don’t like is the children missing out.

A lot of the oldies, the grandparents – the same like me – are trying to do the right thing, but many people in the community can’t see the harm that the alcohol is doing to them day-to-day.

So we don’t want it and that’s that. And it makes me really angry that Woolworths are pushing ahead with the next round, but I will stand here and do exactly the same thing, which is to push back.

I’m saying to the Woolworths’ boss Gordon Cairns, “why do you want to do this when there are plenty of alcohol places around? Please have a heart. We live this day-to-day. If need be swap places with me – I’ll come to your house and you come to mine, and then you’ll find out what it’s like.”

• This article from Helen Fejo-Frith was provided by FARE.

PrevPreviousAmid the rush to telehealth, let’s ensure we address these cautions and questions
NextOutpatient clinics: a policy renovator’s opportunityNext