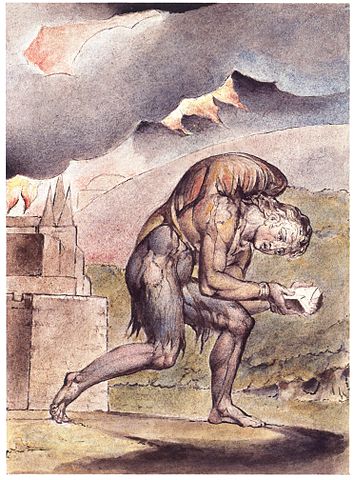 An evidence-based approach to tackling the burden of disease and injury: lessons from the recent AIHW Burden of Disease Study

A recently released report from the Australian Institute of Health and Welfare shows that, while we are getting better at preventing death from injury and illness in Australia, many people are struggling with heavy burdens of disease and disability over long periods of time — and that the load is by no means evenly spread throughout the population.

“Burden of disease” epidemiology can be hard to get your head around, but studies such as this one are important because they can and should be used to direct scarce health resources to areas where there is likely to be the most gain in terms of fostering productive and healthy years of life.

Below, in a post that originally appeared as a Power to Persuade blog yesterday, health policy expert Dr Lesley Russell unpicks some of the study’s findings and makes a plea for the transformation of this important data about our nation’s health into action.

Burden of disease studies are seen as an important tool to inform policy making. The recently released Burden of Disease Study: impact and causes of illness and death in Australia 2011 from the Australian Institute of Health and Welfare (AIHW) provides the best, if somewhat dated, summary measures of population health in Australia. Comparisons of data from 2003 and 2011 serve to highlight how effectively recent and current policies have been in preventing and treating the conditions that cause the major disease and injury burdens.

The report highlights that while Australians are living longer, and surviving conditions that just a generation ago would have led to death, many people, especially those who are less well-off, live with a considerable burden of disease and injury, at least one-third of which is preventable. In short: at a time when there are major concerns about the ongoing impact and costs of chronic illness, Australia is missing out on significant opportunities in prevention.

What’s in the AIHW Burden of Disease report

The report provides a set of estimates, by individual disease, of the fatal and non-fatal burden, taking into account the age at death and the severity of the disease.  It does this using the common measures of disability-adjusted life years (DALYs), years lived with disability (YLD) and years of life lost. Data from 2011 (the most recent complete data set available) is compared with that from 2003.

The 2003 data, previously published in 2007, have been recalculated using updated methods to enable direct comparisons but these new methods do mean that other side-by-side comparisons with previous studies are not valid.

There are also estimates of the attributable burden due to a number of key risk factors and data are disaggregated by state and territory, socioeconomic status and geographical classification of remoteness.

It is estimated that in 2011, 4.5 million years of healthy life were lost due to premature death (2.3 million years) or the impact of living with chronic disease or injury (2.2 million years). Five disease groups accounted for 66% of the total burden. The biggest burden is due to cancer (19%) which is mostly fatal burden.  Mental health and substance use disorders and musculoskeletal conditions both contribute 12%, and most of their burden is non-fatal. Cardiovascular disease (CVD) (15%) and injuries (9%) are the other major contributors and they have a mixed profile of fatal and non-fatal burden. Coronary heart disease (CHD), back pain and related problems, chronic obstructive pulmonary disease (COPD) and lung cancer, as the leading specific diseases, contributed 18% of the total burden.

After adjusting for population increase and ageing, there have been what the AIHW describes as “good gains in the health of the population between 2003 and 2011”, mostly from a 15% reduction in fatal burden but also from a smaller (3.8%) reduction in non-fatal burden.

But there are no grounds for celebration here – behind this seemingly good news story lie figures that show a world of pain and healthcare costs for many Australians and indicate that in many areas the burden of disease (and the associated costs) is growing.

The report highlights that the burden of disease is not borne equally across the population. If everyone in Australia had the same burden as those who are the most well-off, there would be a 21% reduction in the overall burden. The aggregated data also hide the impact of sex, age and geography on health status. Suicide and self-inflicted injuries are in the top five specific diseases for men while dementia and anxiety disorders rate highly for women. Mental health and substance use disorders and injuries have the largest burden at younger ages; for older Australians the burden is due to CVD and neurological disorders such as dementia. Diabetes does not rate among the top ten leading causes of burden nationally, but does for people who live in Tasmania and the Northern Territory and in other outer regional, remote and very remote areas and for people in the lowest socio-economic quintile.

These breakdowns provide valuable information about where, when and why interventions should be targeted and how poorly that is happening currently.  There are, sadly, plenty of examples of these failures. The consequences are severe for individuals and communities, for healthcare budgets and the economy as a whole.

Dementia is the second leading cause of death in Australia and is projected to affect almost a million people by 2050, but despite commitments from the Health Minister to act, the recent federal Budget lacked any new policies or funding and there is no national investment to drive a co-ordinated approach to care and research from prevention through to cure. Many young Australians are crippled by a burden of mental health disorders, often linked with substance use disorders, that if not addressed can lead to a lifetime of disability. Yet the federal Department of Health has recently announced that it will discontinue implementation of the Early Psychosis Youth Services model of care and cut the funding for current centres ($156 million).  This is an effective, evidence-based, early intervention program developed in Australian that is now being adopted internationally.

Most of the gains in health made in the period 2003-2011 were due to a 15% reduction in the fatal burden of disease and there was only a 3.8% reduction in the non-fatal burden.  Oral health, hearing and vision problems, often seen as non-medical issues, are significant contributors to the non-fatal burden. The failure to focus health policy and programs where they can do the most good and be most cost effective is highlighted by the fact that the much of the decrease in the fatal burden of disease is attributed to advances in treatments, drugs and technologies. That’s an expensive way to improve health and most of the reduction in disease burden has accrued to those aged 55 to 85 years. There is clearly so much more than can be done to prevent and ameliorate this burden earlier.

The AIHW report found that at least one-third of the burden of disease is due to modifiable risk factors, of which tobacco, alcohol misuse, high blood pressure, high body mass index and physical inactivity (the last two effectively meaning obesity) were the major contributors.  Risk factors such as occupational exposure to toxic substances and high cholesterol, high blood pressure and low bone mineral density declined over the time considered, presumably due to industry and environmental regulations and the use prescription drugs. On the other hand, risk factors like obesity and illicit drug use have increased. While the lasting effects of tobacco use means it is responsible for the largest disease burden in Australians aged 44 to 84, alcohol is now the biggest risk factor for younger Australians.

The failure of recent governments to effectively tackle obesity and alcohol misuse delivers a price we all pay now and will pay even more if the can is kicked further down the road. The burden of disease due to the top five risk factors declined only 1% from 2003-2011. Given the huge impact of obesity on rates of type 2 diabetes, which are sky-rocketing, the current situation is likely to represent a reversal of even that small gain.

The picture the AIHW report paints is not encouraging, but this analysis is a simplified version of reality, which may be much worse. The report looks at both diseases and risk factors as single entities when in fact they are additive. The combined impact of obesity, smoking and alcohol misuse are not considered, although the co-occurrence of chronic disease lifestyle factors is recognised.  More importantly, the report does not take into account comorbidity and multiple morbidity. Over  50% of senior Australians have two or more chronic conditions and these often cluster in defined groups. For example, there is a strong association between CVD, diabetes and depression. The consequences are that the last years of many Australians are spent coping with a range of disabilities.

This report is silent on the burden of disease and injury for Aboriginal and Torres Strait Islander peoples – that report is due out later in 2016.  It will also build on an earlier report from 2007 that used 2003 data. It must be hoped that this new report will build on the critique of the last one which highlighted problems with the data and the lack of Indigenous consultation and involvement.

As mentioned upfront, the value of these extensive (and presumably expensive) burden of disease reports is in informing priority setting and resource allocation. They must inform improvements in health and healthcare policy, not be used to justify the status quo. In order to be maximally useful, such reports require regular updates (every 3-5 years) and must use internally and externally consistent data and definitions. These requirements also apply to related work that might be done at the regional level by Primary Health Networks. More particularly, skills around turning data and research evidence into policy and practice are urgently needed. Such capabilities and capacities have been severely eroded by the failure of the Turnbull Government to replace and refund the Primary Health Care Research, Evaluation and Development Strategy. It should also be noted that this report was funded in part by the now defunct Australian National Preventative Health Agency, raising questions about what that means for the future of such valuable reports.

Dr Lesley Russell is an Adjunct Associate Professor at the Menzies Centre for Health Policy at the University of Sydney. On twitter @LRussellWolpe

This blog originally appeared on Power the Persuade. Read it in its original location here.

PrevPreviousTowards recovery: exploring mental health issues in times of change
NextAloha – Not everyone is happy or well in Hawaii: JournalWatchNext