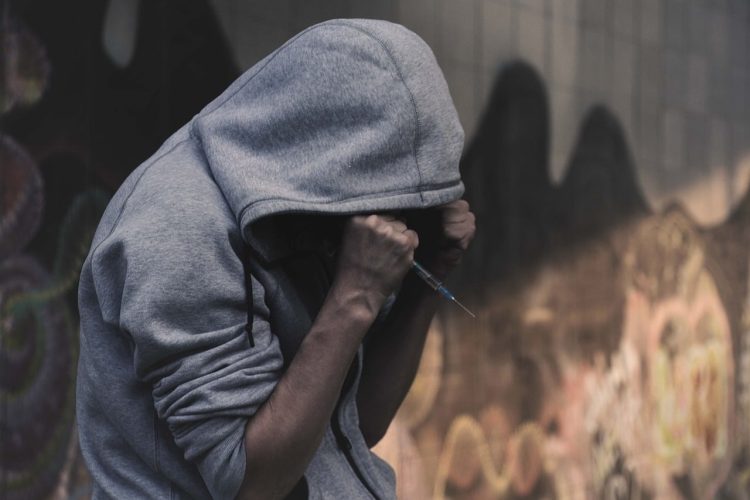 Drug law reform is an issue that has been on the political agenda for decades, with varying degrees of urgency.  Yet, despite the overwhelming evidence for law reform and the sustained efforts of advocates from a range of sectors, most of the political and legislative changes required to reduce the harms associated with illicit drug use have not been achieved.

In fact, Australia now lags behind many other countries on drug law reform efforts, having lost the leadership position we once could claim due to early progress on harm minimisation strategies, such as the implementation of needle and syringe exchange programs.

On his Pearls and Irritations blog, this week John Menadue is running a ‘must read’ series on Australia’s progress (or lack of it) of drug law reform and the current political environment impacting on drug policies, with contributions from an eminent range of experts and law reform advocates.

Positioning the series within an historical and international context, John Menadue writes in his introduction: Present drug policies are not working. Drug use with its enormous personal, social and national cost is increasing rapidly. This is despite the very expensive regulatory activities, particularly by police and Border Force. The ‘war on drugs’ has failed not just in Australia but around the world.

The series highlights the international evidence for drug law reform and also discusses the relevance of recent social changes, such as the broadening acceptance of marriage equality and new insights into the social determinants of health, for a more values and rights-based approach to drug use.

Two takeaway messages encapsulating these views in the series are:

“’Drug policy should be shaped by the values and strategies of social welfare and health. Of course, it is about justice. Not criminal justice, but practical justice acted out in the lives of marginal and devalued others.” Professor Ian Webster

This series is timely in the lead-up to the next federal election where there is an opportunity for political parties to take a stance on drug reform issues as part of their election policy platforms. Health organisations and other groups interested in advocating for drug law reform in the pre-election environment will find much to inform their efforts in these articles.

Also important will be to develop effective lobbying strategies, including identifying drug law reform champions within the political arena.  These can come from all parts of the political spectrum, such as Liberal MP Craig Kelly, who, after visiting Portugal to observe the impact of its de-criminalisation approach, commented: “We are simply not going to arrest ourselves out of this problem.”

Below is a summary of the articles currently posted in the series, with more expected over the coming week.

Ann Symonds, an ex-NSW MP, describes her visits to European countries to examine their approach to drug use issues and her efforts to promote law reform and safe injecting facilities in NSW.  After 25 years involvement in drug policy and legislation, she sums up her views as follows:

The War on Drugs has failed.  Not only has it failed to stem the use of illicit drugs but it has also given rise to a host of other issues, including increased crime and corruption and a higher rate of disease and death from the use of such drugs.  Reform is long overdue, including a review of alternatives to blunt prohibition.  We can learn a lot from overseas experience.”

Former WA Premier Geoff Gallop focuses on the different ideological approaches to drug policy and how these play out in a political environment.  He compares current debates between fundamentalists and pragmatists to the different approaches taken to seeking political power by Savonarola and Machiavelli in 15th century Florence (spoiler alert: Savonarola gets hanged and Machiavelli writes himself into every 1st year political science curriculum for the next 500 years), arguing that:

Policies around drug decriminalisation should be evidence based, recognise the need for a nuanced rather than fundamentalist approach and take account of the advances made in the field of harm reduction, not just law enforcement.  Reform measures should be premised on a mix of rights, health and community safety principles and reflect the views of a broad cross-section of society.”

Geoff Gallop goes on to describe the four factors that have hampered drug reform efforts, including the stigma associated with illegality and the current “post-truth” environment “which demands equal status to all opinions no matter how far-fetched, thus devaluing the role the scientific investigation can play in keeping our feet on the ground and our eyes on the ball.”

Marion McConnell, OAM, with her late husband Brian founded the Families and Friends for Drug Law Reform organisation, following the death of their son to a heroin overdose.  She provides a bleak view of the progress that has been made in over two decades of advocacy on drug law reform issues as follows:

Mick Palmer, AO, former Commissioner of the Northern Territory Police, Fire and Emergency Services agency and the Australian Federal Police illustrates Australia’s history of using drug laws to progress racist and discriminatory agendas towards minority groups through the story of artist Albert Namatjira. Despite being an internationally acclaimed artist, Namatjira was only declared a citizen in 1957 at the age of 57 years. His children and most of his relatives remained Wards of the Government and due to laws prohibiting the supply of alcohol to a ward, Albert Namatjira was arrested, convicted and imprisoned for 6 months for supplying and sharing a drink with a member of his own family. The prison term essentially destroyed him and he died in 1959.

Mick Palmer argues that our current use and possess illicit drug laws work in a similar way, to “criminalise a health problem, isolate and punish people who most need support, address only the symptoms while ignoring the causes and put police officers into unnecessary conflict with decent, generally young, Australians, who police should be there to protect.”

He argues for “a drugs policy that clearly distinguishes between violent and anti-social behaviour and the drug use that, on occasions, may have contributed to it: to punish the criminal behaviour but treat the drug use as the health problem it really is; to implement a policy that aims to engage with and support drug users, not isolate and punish them.”

Bill Bush, a former international lawyer in the Department of Foreign Affairs and Trade, and current president of Families and Friends for Drug Law Reform, provides wide ranging evidence for the link between the criminalisation of drug use and other social and health harms. He attributes the threefold increase in Australia’s prison rate since the 1940s and 1950s to “an increasingly repressive drug policy and the closure of mental health institutions.” He writes that:

Drug dependency is a pathway to other alienating risk factors like school exclusion, unemployment, family break up, poverty and marginalisation that are themselves potent risk factors of ill health and crime…..In spite of the paternalistic motivation of drug laws, it is hard to think of any other law or policy that does more to undermine the capacity of people to take responsibility for their own lives and those of people dependent on them.”

Dr Alex Wodak AM, a physician, former director of the Alcohol and Drug Service at St Vincent’s Hospital, Sydney and current President of the Australian Drug Law Reform Foundation, writes that:

The failure and futility of drug prohibition has been well accepted among political elites in Australia for a long time. It is time we debated the merits of regulation, combined with targeted health and social intervention, rather than blunt prohibition and punishment. Such an approach is likely to be more effective, and fair.

He argues that that reform requires a few politicians to exercise adept leadership to find an approach that works politically as well as economically.  He identifies the re-defining of illicit drug use as primarily a health and social issue as a “threshold step” in this process, as it enables politicians to increase funding substantially for the health and social interventions that make a real difference. He is also a strong advocate for expanding and improving drug treatment to the same level as other health services.

Focussing on the “how” rather than the “why” of drug law reform, Wodak identifies other key strategies, including scrapping penalties for personal possession or use of all illicit drugs, attempting to regulate as much of the drug market as possible, and improving the expectations of young people.

Drug law reform should not be rushed. It requires considerable discussion within our parliaments, media and community. Respect for people with different views is essential. We should start with easier reforms and leave the most difficult reforms for later. Inevitably, some mistakes will be made. Rigorous independent evaluation is an essential part of the process.”

Ralph Seccombe, a former official of the Department of Foreign Affairs and Trade and the United Nations International Drug Control Program, explains the “balloon effect” in relation to illicit drugs.  He writes:

Policy on illicit drugs should be developed on the basis that supply can never be cut off. Production is like a balloon: squeeze it in one place, but it will only bulge out elsewhere. This applies all the way to the consumer. There is no pricking this balloon under the present prohibition regime. While we naturally focus on harm suffered in Australia, we should not lose sight of the harm which international policies cause in countries from which we source the illicit drugs consumed here.”

For this reason he sees the illegality of the drugs under the present international regime as the “ultimate condition for all the resultant evils” resulting from drug use.  He also argues that Australia’s support for illicit drug laws undermine our foreign policy objectives.

Michael Hart, a former senior Commonwealth Public Servant, ASIO intelligence analyst and Chief Analyst of the NSW ICAC, discusses the failure of drug laws to prevent the harms associated with drug use. He argues that not only has drug law enforcement done nothing to stop the supply or use of drugs or reduce their price, but it has led to the substitution and proliferation of far more toxic and harmful substitutes, made from specialised industrial chemicals, such as Ice.

In discussing the unintended adverse impacts of the criminalisation of specific drugs he states:

An excessive focus on drug law enforcement has proven to be a policy failure.  This is not just because it has failed to impact meaningfully on the use of illicit drugs and to reduce harm, but also because it has unwittingly fostered corruption and organised crime, and had many other unintended consequences.”

He advocates moving away from our reliance on the criminal law and “unthinking blanket prohibition” towards decriminalising a wide variety of now illegal substances (drugs) and managing their use, in the same way as we do other intoxicants and drugs.

Emeritus Professor Ian Webster, AO, a physician and long-time advocate for drug law reform, community health and other social justice issues, writes that a “drug policy based on prohibition fails to meet the test of fairness and justice in the lives of those most directly affected.”

Key strategies suggested by Webster include: a greater role for regional/local health networks in authorising the prescription of controlled substances by competent GPs for patients in their community; an online interactive pharmacy data and monitoring system to ensure safer prescribing of controlled substances; and patient enrolment in GP practices, as in UK, NZ and Europe.

Webster’s article also provides compelling health-related reasons for basing future drug policy on human rights, rather than prohibition and criminal justice, including ensuring that ‘drug’ policies “facilitate medical decision-making so that patients with these complex predicaments are dealt with fairly.”