An uplifting start to the National Rural Health Conference in Adelaide

Tutti means everyone, and in yesterday’s inspiring launch to the National Rural Health Conference, the Tutti Community Choir won over everyone in the audience.

A standing ovation, an encore, audience tears and cheers – Tutti Community Choir’s performance to launch the 12th National Rural Health Conference in Adelaide was like no other I have seen at a health conference.

Open to disabled and non-disabled singers of any age, Tutti Choir is renowned for its uplifting performances, and it did so in spades at Adelaide Convention Centre yesterday.

Founded by Tutti Artistic Director, Pat Rix in 1997 and led yesterday by conductor Laura Ellis, the choir had us on the edge of our seats from the first note of Hakuna Matata to Goanna’s anthem, Solid Rock.

In introducing the group, Pat Rix told us the choir was redefining the limits that society places on people with learning disabilities.

Tutti’s philosophy is that the education of both disadvantaged people and the wider community is essential to successful social inclusion. 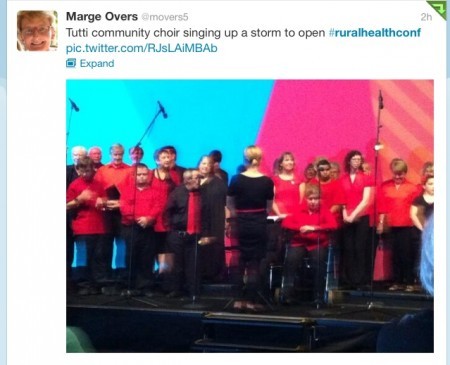 The Tutti Choir regularly performs in Adelaide, around South Australia and interstate. Some members have also performed overseas.

The choir is part of the Tutti arts program, which was established in 2004, and offers professional-level training in a range of artistic performance for people with a wide range of disabilities.

Tutti offers the opportunity for artists to earn income through performances and sales of artwork.

What a fitting start to the National Rural Health Conference, which like Tutti, champions the importance of community, inclusion and equal opportunities in rural and remote Australia. With the National Disability Insurance Scheme a key topic at the conference, and the Arts and Health Stream again a major focus, the Tutti choir was singing proof of the power of arts and inclusion.

In a film made to make the 20th anniversary of the Disability Discrimination Act, one of the soloists from yesterday’s performance, Aimee Crathern, describes how she feels on stage: “I feel amazing on stage. I light up .. I feel free and happy, like nothing is going to go wrong when I’m on that stage.”

In the film, musical director Michael Ross may well have been describing the audience reaction at the conference yesterday:

Tweets from the opening:

Refused to tweet while Tutti were performing, they were too amazing to interrupt with my irrelevant tweets. Inspirational

#ruralhealthconf there is only one word to describe the Tutti Community Choir: beautiful! What a privilege to be listening to them!

Tutti wasn’t the only highlight of yesterday’s conference launch. After the welcome to country by Kaurna elder Uncle Lewis O’Brien, the Kuma Karro Dance Group led by 2010 Young South Australian of the Year, Jack Buckskin, gave a  beautiful performance that featured Jack speaking the Kaurna language.

Jack is the only young Aboriginal person teaching the endangered language. He teaches more than 100 Aboriginal and non-Aboriginal students of all ages, in colleges, schools and in juvenile detention.

To end the launch, a representative  from each of the 34 member groups of the National Rural Health Alliance Council lined up together at the front of the stage – their numbers and diversity reflecting the united voices advocating for rural and remote health. 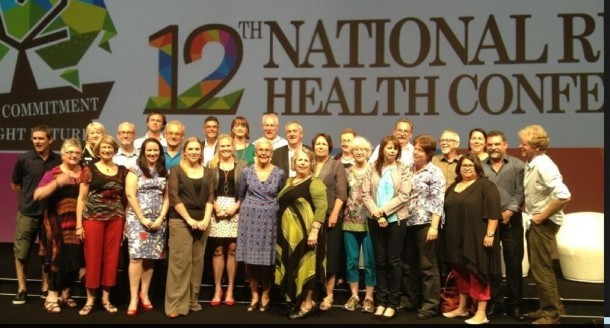 And some other snaps from Day One: 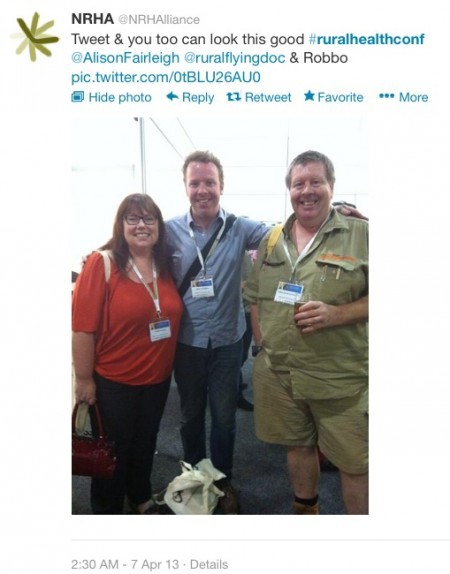 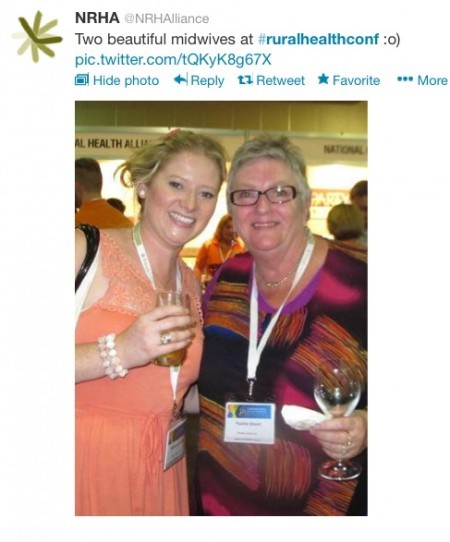 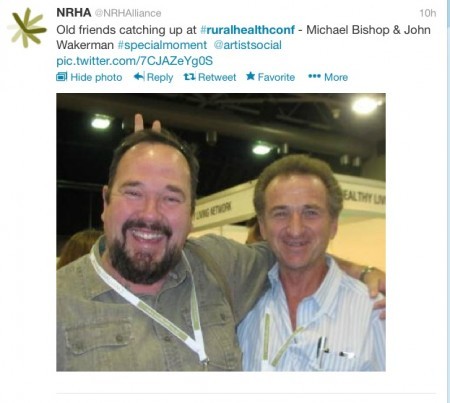 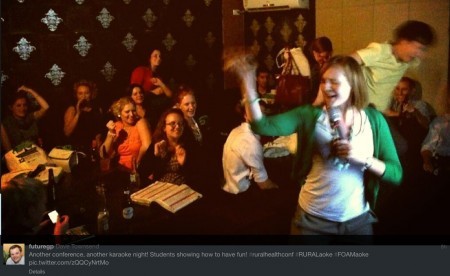 PrevPreviousAt a time of uncertainty about the future of Indigenous health funding, the case for a greater spend in the community controlled sector
NextMcKeon Review – consumer role revisitedNext