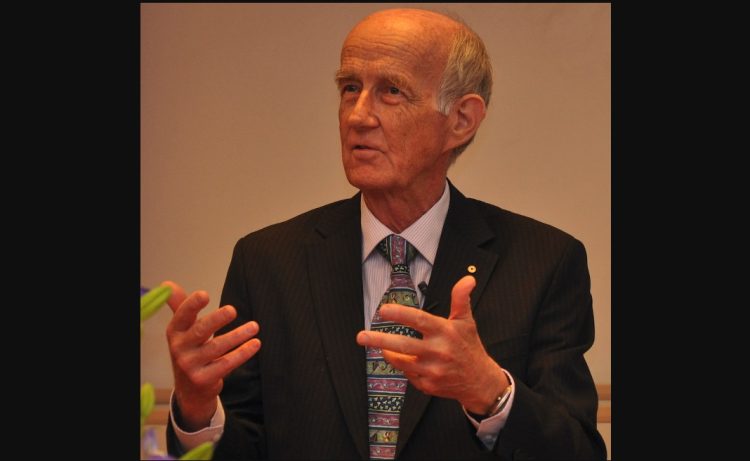 Seven years ago, the world lost a public health champion, Professor Tony McMichael. But his legacy continues in so many ways.

Judith Healy, formerly Associate Professor in the School of Regulation and Global Governance at the Australian National University, reflects below upon her late husband’s wide-ranging contributions, providing some timely insights in the lead up to the critically important COP26 meeting in Glasgow.

In this time of calamities we should celebrate a rare good news story. In August 2021 the United Nations Environment Programme announced that leaded petrol is no longer being sold anywhere in the world, thereby eliminating a major environmental threat to population health.

Australia had banned leaded petrol in new vehicles from 1986 and from all petrol in 2002. The global automobile and petrol industry from 1922 had enthusiastically promoted leaded petrol to improve vehicle performance and fuel economy despite plenty of evidence that such lead was harmful.

The story of lead poisoning is an example of an anthropogenic hazard, like climate change, where the market has prevailed despite warnings by scientists of adverse health consequences for people and the planet.

The harm caused to children, however, was a powerful argument for intervention in lead reduction and also in climate change.

Professor Tony McMichael, who died in September 2014, was one of the first scientists to provide robust quantitative evidence of the link between environmental lead and neurological and cognitive development in children.

From 1979 onwards, Tony led a 15-year cohort study of young children in Port Pirie, South Australia, home to the largest lead smelter in the southern hemisphere and in continuous operation since 1889. The study followed a cohort of 700 children from birth until age 12, producing strong evidence of the dose-related adverse impact of lead exposure and the irreversible nature of lead effects.

This study provided definitive evidence of the dangers of lead exposure to children and was widely cited in campaigns to remove lead from petrol. Residual lead remains a persistent hazard in the soil around busy roads, however, and in Port Pirie the blood lead levels of some children again are above a safe ceiling.

While lead has been removed from petrol, we should now remove petrol from vehicles. Australia is an electric vehicles laggard despite this being a relatively simple step towards reducing greenhouse gas emissions. The transport sector accounts for nearly one-fifth of carbon emissions in Australia as it relies mainly on fossil fuels. We trail behind other OECD countries in decarbonising our transport sector.

There is no good news, however, about accelerating biodiversity loss and species extinction rates. The Bramble Cay melomys, for example, a small rodent that used to live on a coral island in the Torres Strait, has become the first mammal species to expire from the direct effects of anthropogenic climate change.

Australia has the worst mammal extinction rate of any country and the 2019-20 summer bushfires made this record much worse with millions of hectares of bushland and habitat destroyed and billions of animals injured and killed.

Despite thirty years of warnings from the Intergovernmental Panel on Climate Change (IPCC), global carbon emissions continue to climb. In its sixth assessment report the IPCC warned this year that without immediate and large-scale reductions in greenhouse gas emissions, global warming will rise in coming decades.

A rise in the range of 1.5°C to 2.5°C of warming (and Australia has already warmed by 1.4°C) will exceed tolerance thresholds for heat extremes in many parts of the world with adverse impacts on people’s health and agricultural food production.

Climate scientists have been telling us this for decades. In his 1993 book, Planetary Overload, Tony McMichael warned that humans were harming the planet’s life support systems, the health of current and future generations, and risked human survival as a species. He dedicated his last book to the grandchildren of our world.

It took decades of negotiation between governments, industry, civil society and researchers before lead was eliminated from petrol. We don’t have that long to slash greenhouse gas emissions to protect the health of the planet and its many life forms, including humans.

While the Australian Government prevaricates on net-zero carbon emissions, all states and territories have committed to net zero by 2050, and the majority of Australians support a range of decarbonisation policies.

Australia must act far more quickly than 2050, however, to stay within a 2.0°C carbon budget. The Australian Government has another chance at the UN Climate Change Conference in Glasgow in November to face up to its responsibility for future generations.

Judith Healy was formerly Associate Professor in the School of Regulation and Global Governance, Australian National University. The late Tony McMichael was her husband.

Paying tribute to Professor Tony McMichael: one of the world’s public health champions

The Open Polar Sea: a creative call for climate action and musical tribute to the late Professor Tony McMichael

See our archive of stories on environmental health.

PrevPreviousTime for Australia to get serious about global vaccine equity
NextCOP26: Putting health on the agendaNext