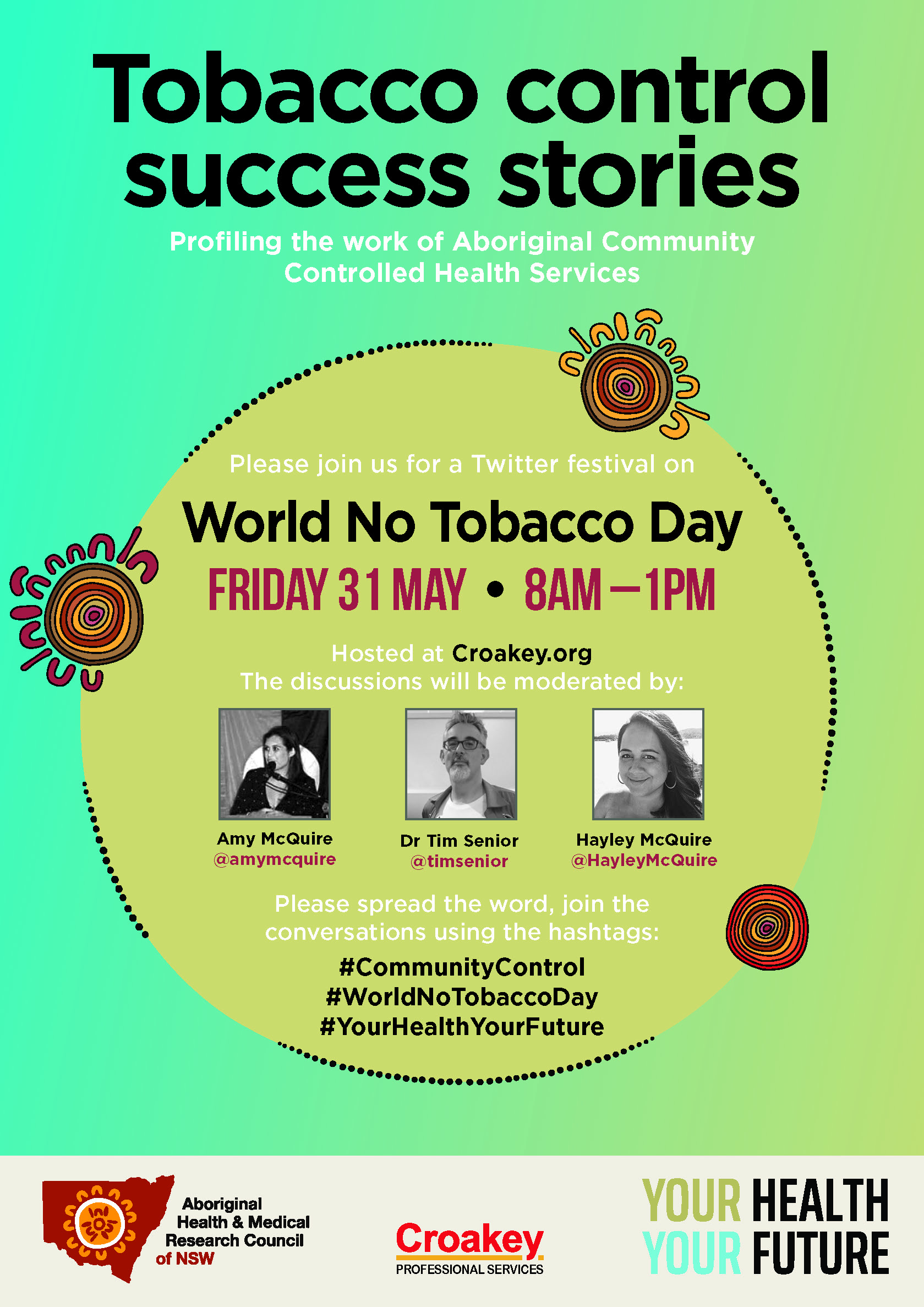 Please encourage your networks and organisations to support the event by following the discussion and retweeting as much as possible.

(All times are AEST)

9.00-9.30am – Celebrating success in tobacco control initiatives in the South Coast region of NSW

10.30- 10.45am – Empowering Aboriginal and Torres Strait Islander women to be smoke-free during pregnancy

The moderators wrap the discussions so far. And introducing Hayley McQuire.

The Tackling Indigenous Smoking program team Ready Mob, are a federally funded program based out of Galambila Aboriginal Health Service in Coffs Harbour, covering the Mid North Coast region from Coffs Harbour through to Port Macquarie.

Ready Mob released a brand new campaign Mid-May ‘Who are you sharing your smoke with’, which is a campaign aimed at increasing awareness around the harms of second and third hand smoke especially to young people who are more likely to be exposed and suffer the consequences. Featuring local community members in recognisable places across the region, this is a community driven strategy to increase awareness.

The TV commercial is being shown on the WIN network and the actors are featured on posters, flyers and fact sheets including highway billboards, with a call to action leading community to go on to the Ready Mob website to enter into a NRL Grand Final Prize Package.

During World No Tobacco Day, the Ready Mob team will be manning five different health promotion displays across the region, showing the TV commercial and educating community on tobacco related harms for both the smoker and passive smokers.

Dr Gillian Gould: Successes in reducing the incidence of smoking during pregnancy

The Twitter festival is hosted by Croakey Professional Services on behalf of the AH&MRC. We thank the AH&MRC for organising the program. Bookmark this link to follow related stories.

PrevPreviousFive aspects of Pentecostalism that shed light on Scott Morrison’s politics
NextBabies and toddlers are living with their mums in prison. We need to look after them betterNext