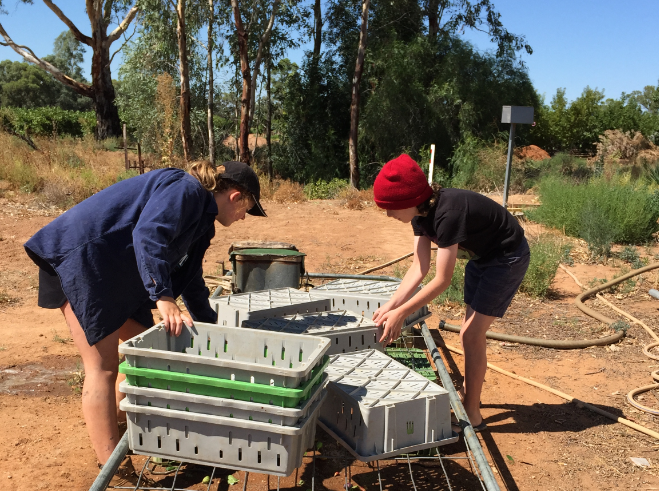 In a well-timed post for #AntiPovertyWeek, (you can follow lots of links to activities and resources on Twitter) former CEO  of the National Rural Health Alliance Gordon Gregory says more focus is needed from the Federal Government on the urgency of the need for economic change in rural and remote areas, if people living in these areas are to have a real chance of equal health and equivalent access to health services.

And he says, there are positive signs, as long as funding levels are maintained for the new Building Better Regions Fund and that rural and regional communities see explicit and meaningful recognition of their own characteristics and challenges.

The income challenge to good health

Some of the social determinants of health are stronger or better in country areas than in Australia’s capital cities. These include the greater connectedness of people with each other, resulting in a valuable sense of community. There is also easier access to the natural world, a disposition to be independent – and less time spent in traffic jams.

Unfortunately, however, most of the weightier social determinants of wellbeing are tilted against people in rural and remote areas. Most importantly, these include years of completed education[1] and access to work and income.

In 2011-12 the median gross household income in the cities across Australia was 1.37 times higher than for the ‘balance of state’. People in rural and remote areas also experience higher rates of unemployment

These significant income challenges have been exacerbated as the nation’s mining sector has moved from a growth-and-capital-development to a production-only phase. The slowdown in employment opportunities in that sector has naturally been felt most strongly in rural and remote regions.

The government recognises the urgent need to diversify Australia’s economy through the development and growth of newer industries. Much of the focus has been on the loss of manufacturing jobs, the majority of which are in the capital cities and major regional centres. This is perhaps the reason why there seems to have been little focus on the urgency of the need for economic change in rural and remote areas.

This situation will have to change if people in rural and remote areas are to have a real chance of equal health and equivalent access to health services as those in the cities.

The Governor General’s speech, given to the opening session of each new Parliament, is supposed to set the agenda for the duly elected government. It is a statement of intentions, formulated by the new administration and delivered by the Queen’s representative.

For people concerned with the wellbeing of Australia’s rural, regional and remote people, it was encouraging to hear Sir Peter Cosgrove include the following in his formal speech:

The Prime Minister has made it clear that an important part of his government’s agenda is to diversify the economy, including through the development and expansion of industries not tied to the export of mineral resources. In working on this agenda the Prime Minister is aided by Assistant Minister for Cities and Digital Transformation Angus Taylor – ironically the member for Parkes, consisting of large parts of southern inland New South Wales – and Minister for Urban Infrastructure Paul Fletcher, the Member for Bradfield, an electorate of just 101 square kilometres.

In a major speech in April the Prime Minister said that “smart cities” would be the engine room of innovation and growth in Australia’s new economy. The aim is to provide jobs closer to people’s homes, more affordable housing, better transport connections and healthy environments.

Regional cities are included in the rhetoric relating to ‘Smart cities’ and Townsville is to be the first to be recognised in a ‘City Deal’ under the Smart Cities Plan. But Townsville has a population of 180,000 and the majority of Australia’s rural, regional and remote people live in places far smaller.

The Government also promotes cities as ‘living laboratories’ for its National Innovation and Science Agenda, including the work of the Digital Transformation Office.

Hopefully the Prime Minister will not forget that the need for economic diversification is arguably stronger in rural than city areas. It is after all in those areas that the bulk of mining and minerals activity occurs.

This underlines the critical role to be played by Senator Fiona Nash in her capacity as Minister for Local Government and Territories, Regional Communications and Regional Development. She will be expected to demonstrate that the Turnbull Government does have a specific agenda of support for rural and remote industries and their people.

In this endeavour Senator Nash has two programs from which the agenda can be launched. Both were mentioned in the Governor General’s speech.

The nine regions eligible for the Regional Jobs and Investment Package are all non-metropolitan and have been selected because they have been affected by the slowdown in mining, falling commodity prices and changes to the manufacturing sector – but also have potential for growth.

This emphasis is good. But of course there is just $20-30 million for each of the nine selected regions, to be spent on business innovation grants, local infrastructure projects, and skills and training programs.

The BBRF is to replace the National Stronger Regions Fund (NSRF). Successful applications to the third and final round of the NSRF have recently been announced, and from the list it is clear that NSRF was primarily for non-metro activity. Only about 15 per cent of the $126 million allocated in that round went to metropolitan areas, including grants to Hurstville and St George in Sydney, Wollongong, South Perth and the Blue Mountains.

But the fact that metropolitan proposals will not be eligible for support under BBRF suggests that the special circumstances and needs of rural and remote areas will be recognised by the Government.

The BBRF will focus exclusively on areas outside the major capital cities. The majority of its funds will still be focused on infrastructure, but there will also be a community investment stream. This will provide an opportunity for small community groups and volunteer organisations to access funding where they can’t contribute matching money themselves. This community stream will help build local leadership and community projects which have previously been ineligible.

These are positive signs. To become meaningful there must be no reduction in the funds available to BBRF relative to the National Stronger Regions Fund it will replace. About $630 million was available through three rounds of the NSRF. And the people of rural areas will be looking for examples of such positive discrimination in other policy areas. They crave some explicit and meaningful recognition of the particular characteristics and relative challenges facing rural people in the communities in which they are fortunate enough to live.

There is another opportunity for all of us to focus on the rural aspects of deprivation in Anti-Poverty Week. It’s a special Week in which all Australians are encouraged to organise or take part in an activity aiming to highlight or overcome issues of poverty and hardship here in Australia or overseas.

It was established in Australia as an expansion of the UN’s annual International Anti-Poverty Day on October 17.

The Principal National Sponsors of Anti-Poverty Week for 2016 are the Brotherhood of St Laurence, the Australian Red Cross, the St Vincent DePaul Society and the University of New South Wales. Much of the Week’s momentum comes from Julian Disney and Jill Lang, Founder and National Coordinator respectively of Anti-Poverty Week.

To get involved in an activity for Anti-Poverty Week in your area, click here.

PrevPreviousCall for public hospital reps on Minister’s Private Health Advisory group if it starts to look at “cost-shifting”
NextOut in the heat: why poorer suburbs are more at risk in warming citiesNext